The capital city of the Canadian province of New Brunswick, Fredericton, was established over 230 years ago in 1785. The city, which runs along the Saint John River, is home to about 60,000 people and offers just about everything one would expect to find in a small city. Beyond its two universities, the city is full of restaurants, shopping, festivals, historical establishments, and natural outdoor attractions. Also known for its cultural diversity, the Canadian government notably named Fredericton as the “Cultural Capital of Canada” in 2009.

I had the pleasure of visiting Fredericton earlier this month for The Fredericton Craft Beer Festival. One of the fastest growing festivals in the Maritimes, the FCFB, which is helmed by festival co-founder Lloyd Chambers, brings together the largest selection of local beer, cider, and mead available on Canada’s East Coast. Hosted at the Fredericton Convention Centre, the multi-session event allows attendees to sample dozens of craft beers in a friendly and relaxed setting. And based on the success of the festival’s 2019 edition, a 2020 return has already been announced for March 6th and 7th of next year which will include the launch of the event’s Down East Brewers Conference.

Below are some highlights from my Q&As with two different participants from the event, FCBF volunteer (and long-time craft beverage enthusiast) Ryan LeBlanc and Geaghans Pub & Brewery owner and brewer Andrew Geaghan. More on the popular festival can be found on the event’s
official website, while all things tourism related to Fredericton are on the web at www.tourismfredericton.ca.

Here’s a quick look or preview of what The Fredericton Craft Beer Festival is actually like to attend.

How did the Fredericton Beer Festival compare to you with regards to other festivals you have worked on or attended?
Ryan LeBlanc: This event is extremely well-organized. I have attended almost every beer festival in the Maritimes with the exception of the Big Axe Outdoor Beerfest held every summer in which I plan on attending as I have heard nothing but the best, and know the people at Big Axe do nothing that is not exceptional.

Andrew Geaghan: The Fredericton Craft Beer Festival is one that is always circled on our calendar. Being from Bangor, Maine, we love the opportunity to come up and connect with the Atlantic Canada beer scene. We have particularly fallen in love with Fredericton and the whole scene that is going on there. The festival itself is always well-planned, well-organized, and well attended. In Maine, from April through November, there are countless festivals. Most weekends have more than one festival that we are pulled to. Too many of them feel like obligations.

Fredericton Craft Beer Festival has an entirely different vibe. The brewers are awesome. The scene is awesome. The promoters, workers, volunteers are awesome. Most importantly, however, the people who come to attend are the best. The Atlantic Canada beer consumer is one that cares about the craft and the brewers. They show up in droves to have a great time but to also really appreciate the care and craft of the products each and every one of the breweries is putting out there. 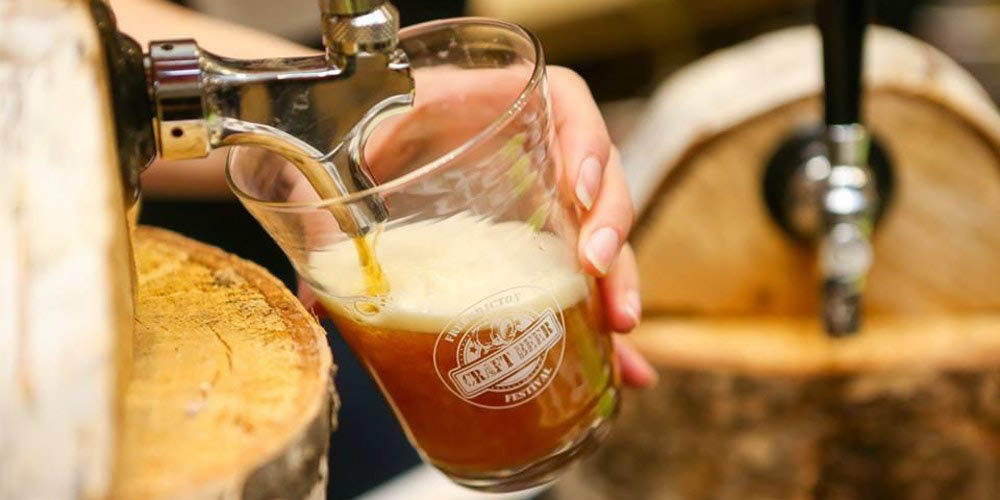 Was there a highlight for the event for you?
LeBlanc: My highlight this year was attending the Distilling class held on the Thursday this year as part of the festival, as it has now evolved into a beer week with events held.

Geaghan: It is nearly impossible to name one single highlight for the event. I would have to say the people, the fellow brewers, the festival crew, and the festival-goers. We go to so many festivals each year where people are not as rad as the people we encounter in Fredericton each year. We were stoked to have a chance to come collaborate on a beer with Maybee Brewing again this year.

We were pretty stoked to be able to see our collaboration brew, a take on a California Common named “A Lot in Common,” on the taps at The Joyce, in the Tasting Room at Maybee, and around town. This was the second year we have done a collaboration with Maybee that was released around festival time. We hope to be able to make that an annual effort as well.

Do you have a favorite bar or restaurant in Fredericton?
LeBlanc: I do not really have a favorite bar or restaurant in Freddy as it depends on what I am in the mood for. The Grad House, or otherwise known as the Windsor Castle Pub, is a university bar that is housed in a building that was donated by the poet Alden Nowlan to the grad society of UNB and focused on local beverages, the Lunar Rogue Pub, (which) is one of the top whiskey bars in the world, all the while most other locals in Fredericton have great selections of craft beer.

Geaghan: We have a ton of spots we love and have loved to hit up when we are in Fredericton. This trip we didn’t stray too far from the convention centre and hotel. Other than a great trip out to Maybee’s tasting room, we found that The Snooty Fox, Isaac’s Way, and The Joyce held our attention. We inevitably find ourselves relaxing at The Joyce for a few beers when we are in town.

If you’ve never experienced the wonderful sights and scenery of Fredericton, you must take a look at this!

Festival aside, what is coming up for your brewery in the coming months and year?
Geaghan: The Maine scene is huge and growing. With over 140 brewery licenses and many more new breweries in planning, we are in an ever-changing sea of innovation and exploration. Our winter months are spent playing with new styles, some new to us, some new to anyone. Our barrel-aging program is off the ground and running with everything from huge 12 to 14 percent ABV Russian Imperial Stouts aged in bourbon barrels to sour wheat beers aged in oak wine casks on fruit. It is really a great exploration for us.

In the coming months, however, the Maine beer scene is really driven by tourism. We aren’t a large state, and each year from June to October our population doubles with tourist traffic. We are about to drop the hammer here with production shipping out 150 to 200 barrels a week while running all over the state for events and festivals. It’s wild times in the summer here!

We are also stoked to be heading back to Canada later in the summer to the Seaside Festival in Halifax as part of the Maine Beer Box. We’ll be joining (more than) 70 breweries from Maine filling a shipping container that we’ve turned into a draft system and shipping it over to Halifax for the festival. It’ll be great times for sure!

LeBlanc: In the Fredericton region with the great number of breweries per population, the next area of growth is the craft distillery as four have commenced or are in the planning stages. 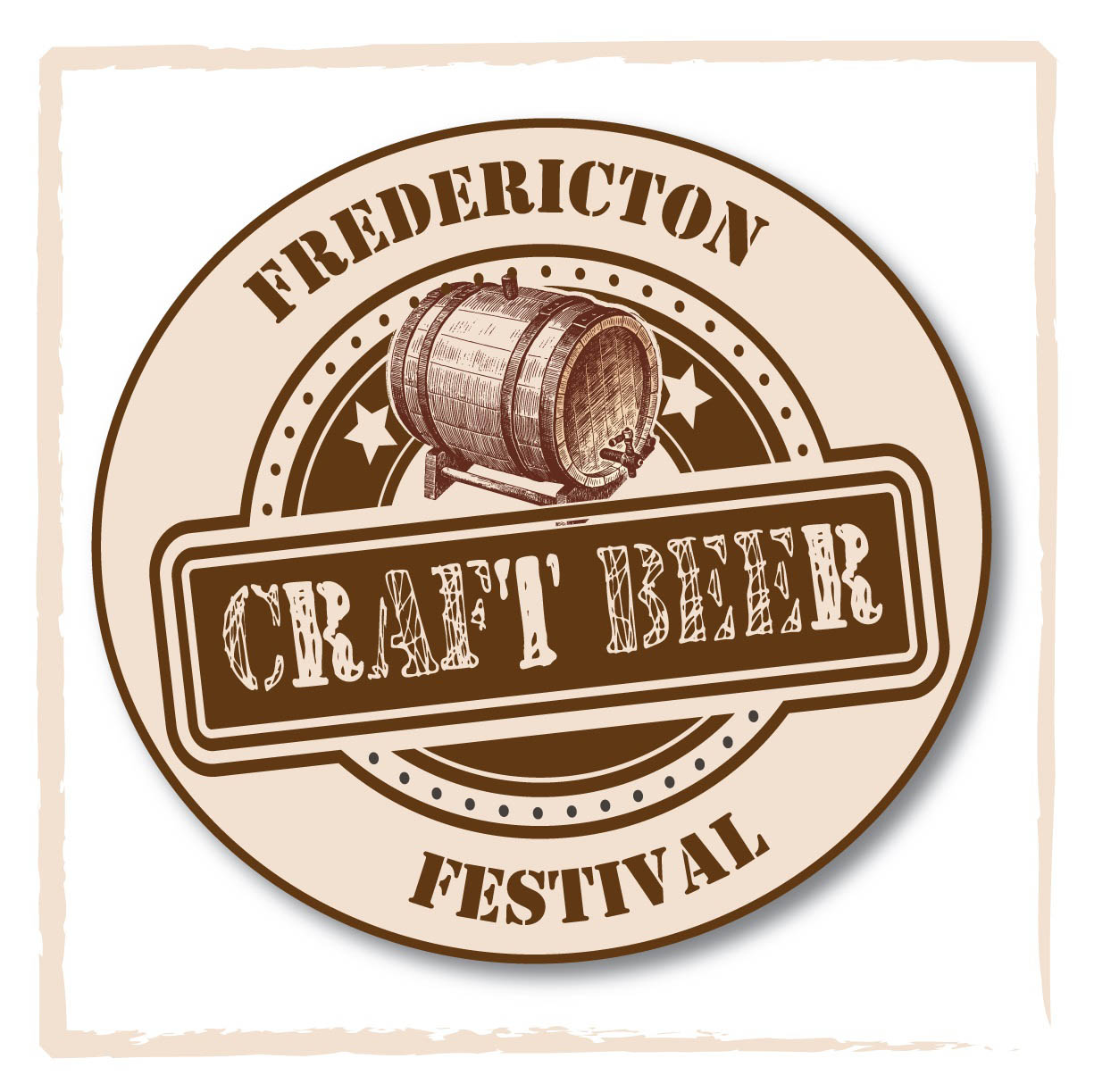 What was the last concert you attended?
LeBlanc: I usually attend local bands and events as Fredericton has a strong number of artists and events throughout the year with major events like the Harvest Jazz & Blues Festival and the Fredericton Frostical Winter Festival. As far as a large concert would go, it would be The Eagles in Montreal.

Geaghan: With Waterfront Concerts right here in our backyard in Bangor, literally less than a mile down the street from our brewpub, we get to see tons of great concerts each year. This past summer the last concert I was able to take in was Zac Brown Band. It was a good show. I’ve seen everyone from Phish to Willie Nelson to Dropkick Murphys to Tedeschi Trucks Band at that venue.

The most recent shows in our tasting room were with my good friend Cory Deshane, who is a local musician who is killing it with some new music. We are also looking forward to welcoming Chris Ross from Chris Ross & The North back for another Tasting Room set on April 6th. It’ll be a killer show.

Finally, any last words for the kids?
LeBlanc: Advice for the adventurer; Maine and the Maritimes have a tremendous amount of quality breweries, events, scenery and activities to venture and try. Come and see for yourself the maritime hospitality.

Geaghan: Personally, I would love to thank everyone from the festival for welcoming us in. We may be separated by a line on a map, but we love all of the time we’ve been able to spend in Fredericton over the last few years. Freddy is one of my favorite cities. I’ll tell you for sure, I love coming up any chance I can.

Check out this compilation put together by Fredericton Tourism which shows you why the province is Atlantic Canada’s craft brewing capital.