Remember that massive hit in the summer of 2006, you know the one, Gnarls Barkley’s “Crazy”? Well, Colorado singer-songwriter Grayson Erhard took on the song with style and aplomb, completely reinventing it and turning it into something brand new. As a very focused musician dedicated to his craft, Erhard often feels that pull between being a “musician’s musician,” but also embracing the world of popular music where catchy hooks and lyrics are what grabs attention. Somehow, Erhard has delicately balanced himself between the two worlds, creating music that appeals to both sides of the coin.

Erhard first achieved viral success with his single “Manifest,” a song that laments our dependence on and the overwhelming presence of social media. Then came a crazy, unexpected, on-stage encounter with the legendary Stevie Wonder, a story picked up by major media networks around the world. We touch on this and the song and very new video for “Crazy” in this exclusive chat with Grayson and his frequent collaborator John Runnels, also of Colorado indie folk band Morning Bear.

So, this is a pretty “Crazy” cover version you’ve come up with (pardon the horrible pun). What was it particularly about this song that made you decide to do a remake of?
John Runnels: In the time Grayson and I have known each other, we’ve played a lot of shows together. We’ve been singing this song as a duo for years now, and it seemed like a natural choice for this kind of project.

It’s time to get a little “Crazy” with the brand new music video for Grayson Erhard’s latest track!

Okay, so let’s just be blunt about it. How the hell did you create such an innovative arrangement to a summer nightclub hit?
Runnels: Grayson’s choice of chord progression drastically changes the mood of the song. He took the helm of producer on this, and I love the way he broke down the chorus into a moody, spacey atmosphere. One thing Grayson is wonderful at is finding places to showcase his talents; his use of the mandolin is very creative on this one, tuning the strings to allow him to play the part that he imagined.

Grayson Erhard: I’m so glad you enjoyed it! The way it all started was with a desire to make an arrangement of a song (any song, really) where I played the guitar and the mandolin at the same time. I hadn’t seen that done before so I started fooling around with “Crazy” because I happened to be in a tuning that suited the key of the original song. The tuning I was in gave it a really different vibe because it wasn’t feasible to keep the same chord progression as the song. Plus the chord voicings were totally different.

Once I tried singing over it, I really liked how fresh it made the song sound again after all of these years! I had some other ideas to try percussive guitar mixed with other drum elements and realized pretty quickly that I couldn’t do everything by myself. Since John and I have been performing a version of it for several years, I thought that he’d be the perfect person to join me! He’s an incredible vocalist with some insanely good harmony instincts. The bass and drum/percussion parts were easily picked up by John and it all fell into place perfectly.

Your music video for “Crazy” is well-shot and creative for a performance video. Who came up with the concept and the cinematography ideas?
Erhard: Sometimes it’s hard to be continually creative throughout the process. I felt like I had exhausted my creativity with the audio part of it. I live with my brother, Sumner, and one day he was observing my brainstorming session for the shoot. I couldn’t come up with anything remotely original and I think he could tell how frustrated I was getting. He suggested several ideas and showed me this video as a reference for the chorus shot. I loved every single idea he had and it really helped me get excited and more creative about shooting the video.

Runnels: My only contribution to the filming was helping to figure out how to achieve the spinning light effect. This proved much more difficult than expected, as you had to stand behind the camera but spin the light in front of it, trying to maintain a consistent look while also not allowing anything to cross in front of the camera. It was a fun, but challenging, part of the shoot!

Here’s the video for the aforementioned hit, “Manifest.”

Let’s focus on this word or concept of “Crazy” for a moment. It’s a widely and probably overused term that people tend to say several times a day, even when something isn’t even actually “crazy.” What is the true meaning of “Crazy” for you as an individual?
Runnels: To me, “crazy” means having a fundamental disconnect with reality. For whatever reason, the person is losing touch with what is real; that drives them to do, think, or feel things differently.

To the best of your memory and without feeling embarrassed to mention it, what’s the “craziest” thing you’ve ever done?
Runnels: Probably driving from Denver to Houston overnight during a snowstorm. It took over eighteen hours, and I honestly think it was one of the worst decisions I’ve ever made. I am so lucky I made it. I saw so many cars that had crashed or driven off of the road, and my two-door Honda Civic with bald tires was sliding all over the place. It’s amazing that I didn’t get hurt, or hurt anyone else.

Erhard: I think you know!

Now you had a truly “crazy” experience with soul and R&B legend Stevie Wonder when you attempted a cover of his legendary song “Superstition.” Want to take us through the details of this once in a lifetime occurrence?
Erhard: That was an absolutely insane experience. Now and then I think to myself, “Would he have performed with me if I actually knew the lyrics to the second verse?” It seemed way too perfect how it happened. I actually wrote an entire article about it in rich detail (read it here here), if you and your readers are interested in getting the full scoop.

So what “crazy” things does Grayson Erhard have in store for the near future? Covers do seem to be treating you well!
Erhard: I’m planning to release fifteen songs this year. I have ten originals and five more collaborative covers with some more phenomenal artists in the works. In the past, I’ve released six songs a year (give or take) so almost tripling that is really going to test my mettle. I’m also planning to go on four regional tours throughout the U.S. I’m hitting the Midwest in May (details about that coming very soon), the west coast this summer, the east coast in the fall, and a southern tour in the winter.

Before you check out, peep the recently released video for “Introvert” too! 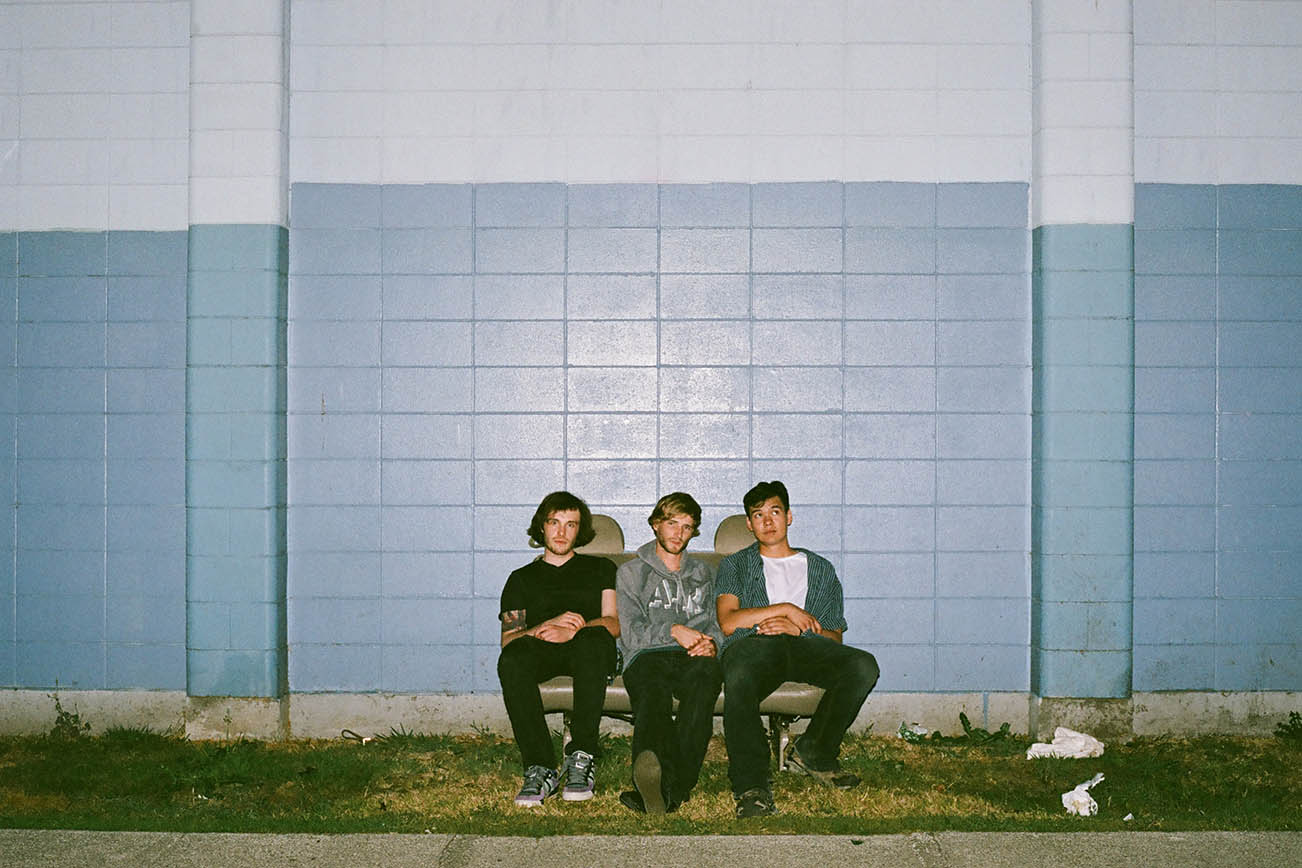 “She Said” Vancouver Rockers THE JINS Were Fantastically Fuzzy. We Should’ve Listened to Her. [Song Premiere] 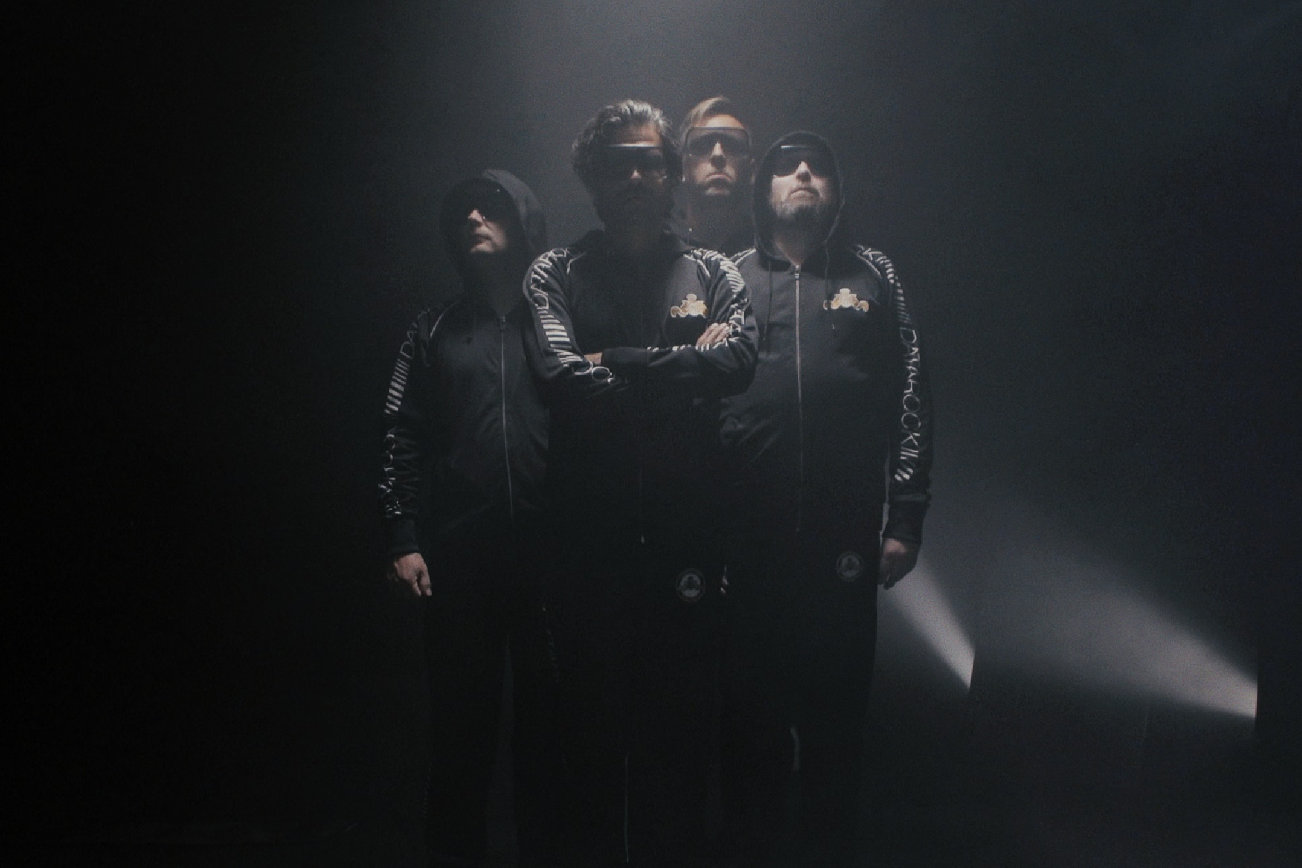 You’d Be a Fool to Not Vibe on DATAROCK’s New EP ‘A Fool At Forty Is A Fool Indeed’! [Album Premiere]