Pittsburgh, PA’s dirty, hard rocking four-piece, Night Vapor peddle some noticeably nifty noise rock and, guess what, they’re set to drop a new album called 1,000 Miles of Mud on December 14th! Even better is the news that said Corpse Flower Records release was mastered by James Plotkin. Oh, and further to that point, we’re streaming the entire album! I guess we could’ve lead with that….

Crank the up album the album, get your pre-order on with various formats here, and hear what each of the four group members had to say about the new recording:

Aaron Myers-Brooks (guitar): “I’m on this one.”
John Roman (drums): “You’re just going to have to hear it.”
Mike Rensland (bass): “I just show up when they remind me an hour prior when we have a show.”
Albert C. Hall (vocals): “I like this band, I just show up to shows with my cowbell and occasionally help load equipment.”

The label further commented: My cats Ernie and Eleanor really dig Night Vapor. They like to put on the new record and roll around the floor all hopped up on catnip, you know, now that it’s legal here in Michigan, while listening to ‘1000 Miles of Mud,’ they were really hoping the record would have been named ‘1000 Pounds of Catnip.’”

Okay, enough with the hilarity, on with the streaming and headbanging. 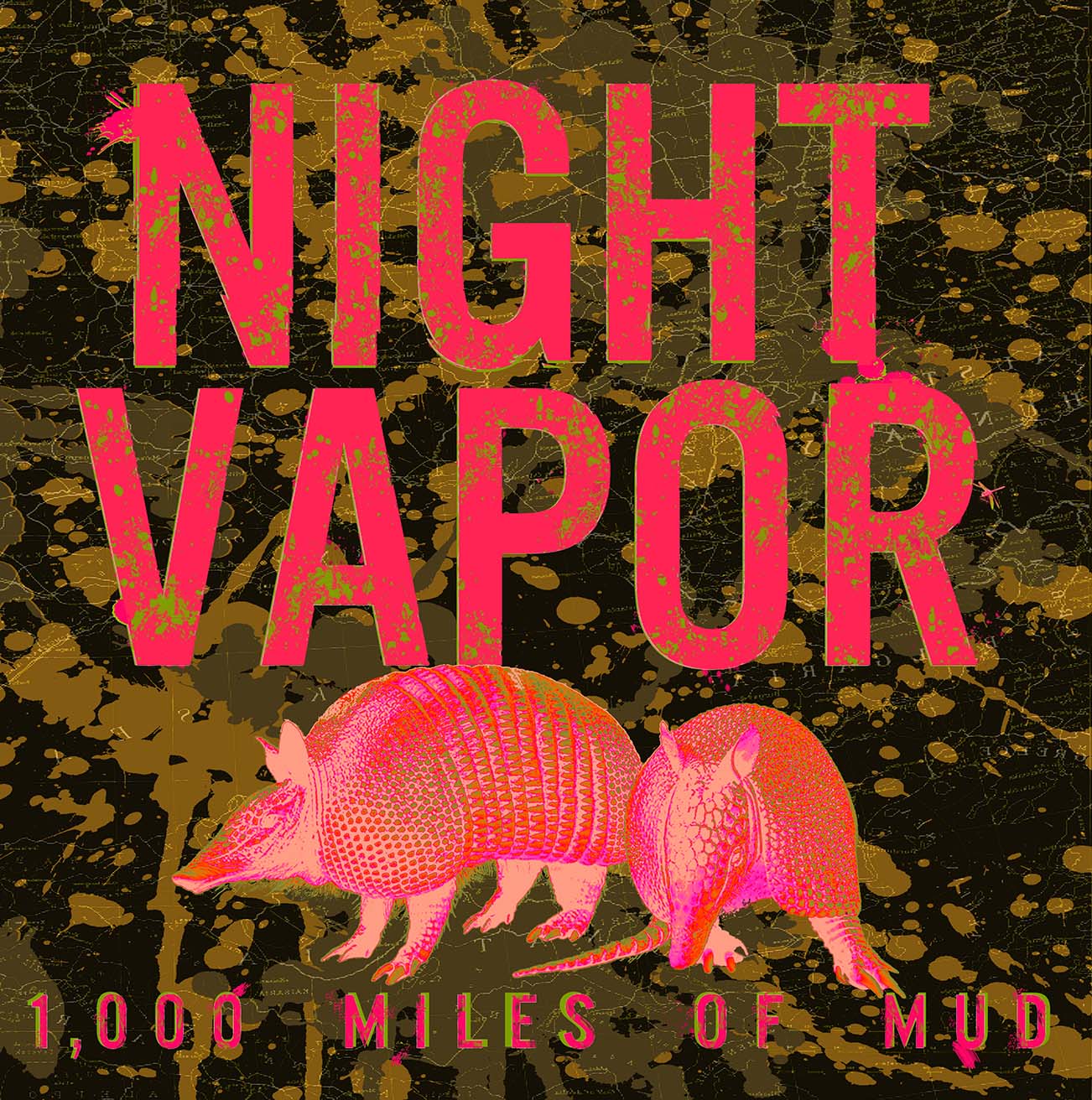