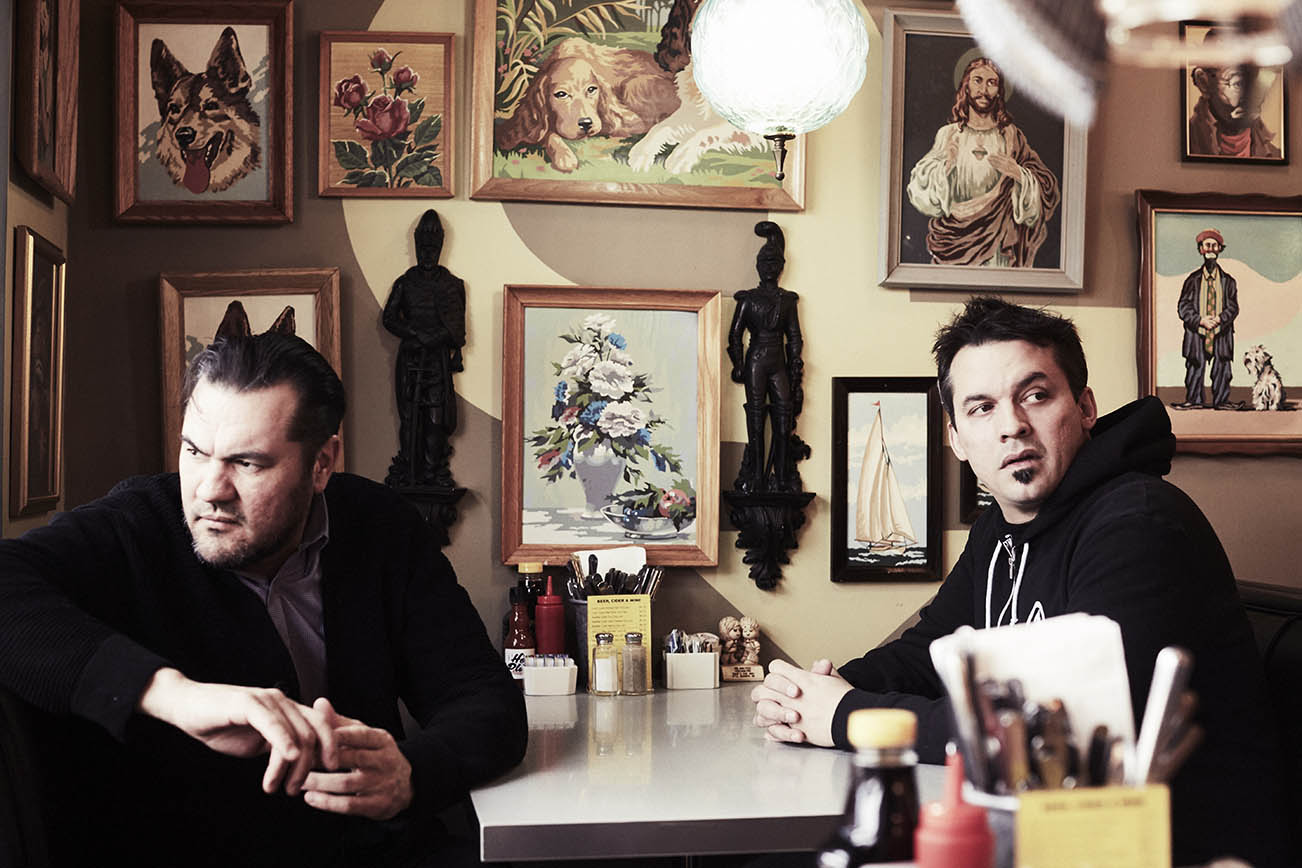 Hit Play and “Drown” in Some Dope New Jams from ATMOSPHERE

The dynamic duo of Slug and Ant, also known as Atmosphere, are back with their first album since 2016, Mi Vida Local. Atmosphere has been around for two decades and this new record reflects just that. The music is no longer about two tortured hedonists, it’s about two dads settling into their own making good rap music. In other words, Mi Vida Local is about how Slug, Ant and the world around them is changing.

The album is a perfect depiction of the change in life perspective that comes with age. Life for them is no longer simply about having fun and bragging about backstage misadventures and more about protecting family and dealing with serious concepts like mortality. It is the most intimate music that Atmosphere has ever made and that truly comes out in the music with lines like “I might be the last generation of grandparents” (from the song Virgo). In saying this, it is important to note that intimate does not mean grim or depressing. In the end, it is still a rap record – jokes are still being cracked, joints are still being smoked and there is even occasional trash talking.

In the current state of Rap music, Mi Vida Local is exactly what the doctor ordered. The album is unapologetically them…it’s the ode to old school rap that we need. Slug and Ant worked on this album for a year and half in the comforts of their ‘beautiful basement’ serving as safe-haven from the rest of the world. The product is a project with deep and complex lyrics that have the perfect accompanying beats. It is proof that the boom-bap sound will never get old. Atmosphere throw it back to the roots of rap with one of their best projects to date and is a perfect embodiment that the fight to find happiness never ends. On the other hand, happiness can be found just in fighting.

Atmosphere have just dropped their video for Drown, a song off Mi Vida Local. Atmosphere opt for rare features on this joint with the help of Cashinova, The Lioness and DeM atlaS. Each feature adds something meaningful to the song and perfectly mesh with the song and the video. The video, directed by Tomas Aksamit, is a perfect representation of the song. It is simple and effective, showcasing the artists in black and white and allowing them to get their message across. Like Mi Vida Local, the video is all about the message…no tricks, no gimmicks.