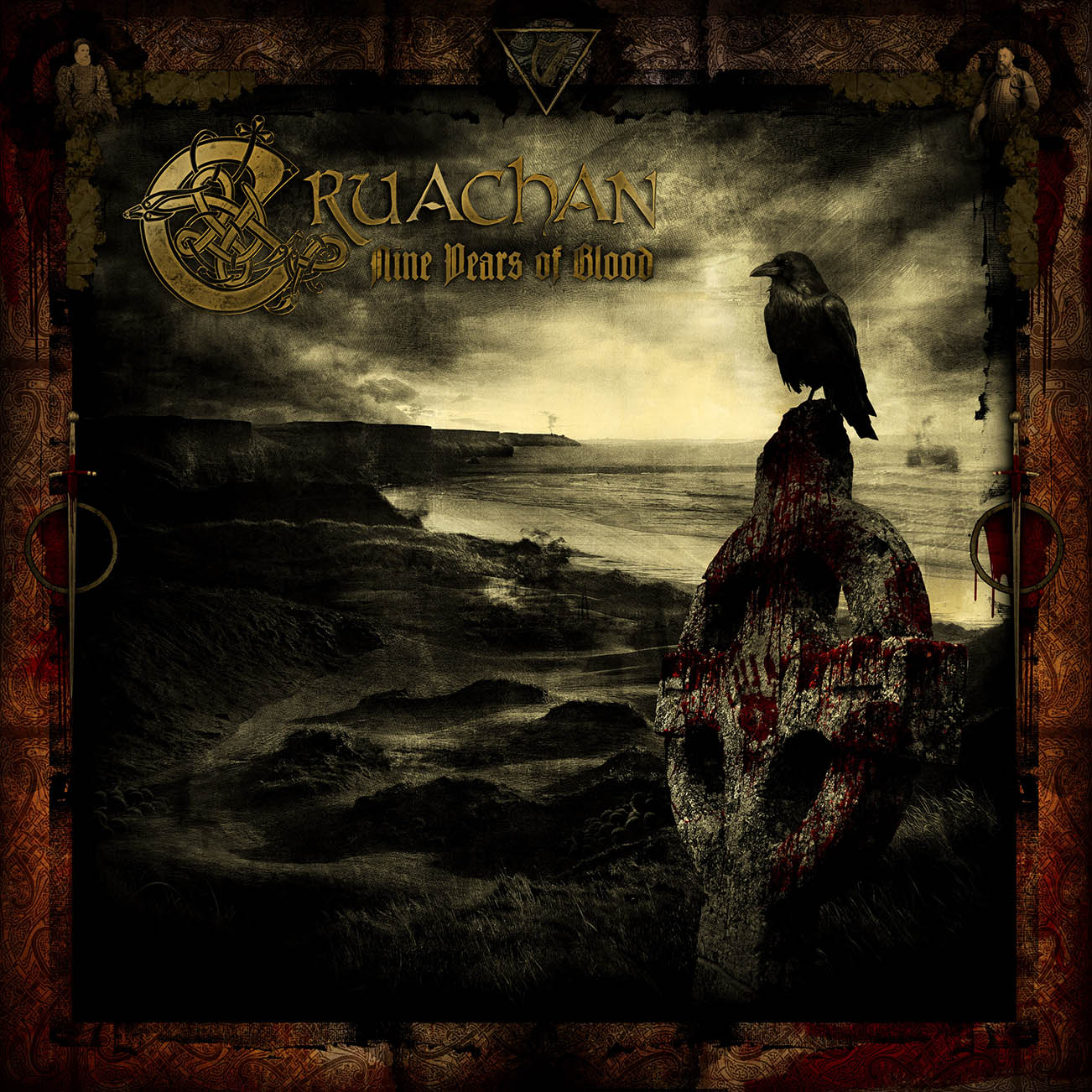 Irish folk metal masters Cruachan are back with a new record called Nine Years of Blood, due on April 27, 2018, via Trollzorn Records. I was admittedly quite late to the Cruachan party, having been turned onto the band after seeing them perform during 2017’s 70000 Tons of Metal cruise. That being said, I can tell that you after watching them live I quickly acquainted myself with their back catalogue and have been a fan ever since. I am always intrigued by, and thoroughly enjoy, the contrast between the lush Celtic landscape (painted by the bodhrán, mandolin, banjo, and bouzouki) and the galloping distorted guitars and guttural vocals from singer Keith Fay.

I have listened to quite a bit of so-called “folk metal” and find a lot of it boring or not really fitting of the genre’s definition. Cruachan, on the other hand, artfully craft a world that sucks you into a tapestry of Irish Folklore and history making you feel as if you are standing on the battlefield, or sidled up to a bar swinging your pint glass high in the air. The changes in tempo from galloping beats to ethereal instrumental parts create a sense of immediacy and tension that really works on your emotions; you become invested in this disc.

I have always been a proponent of listening to a record from top to bottom, just as the artist has sequenced it, and I could not stress that more here. Nine Years of Blood flows so seamlessly that it seemed to be over before I knew it. While solid overall, though, there are a few tracks that stood out as exceptional, including “The Harp, The Lion, The Dragon and The Sword,” “The Siege Of Kinsale,” and disc closer “Back Home In Derry.”

This release is a no-brainer for folk metal fans as they’ll totally dig Nine Years Blood. For those not familiar with the genre, this would be a great place to get your acquaintance on.

Check out the new “The Harp, The Lion, The Dragon and The Sword” single here.