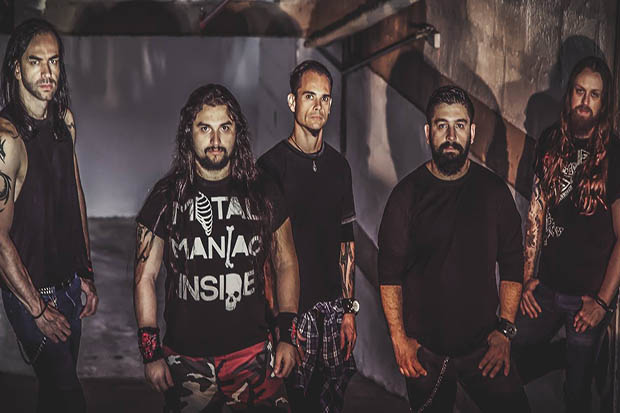 Brazilian power metallers Hibria have announced guitarist Guga Munhoz as the newest member of the band. Munhoz will officially replace departing guitarist Renato Osorio. The band is very excited to welcome Munhoz as he is an excellent guitar player and also opens the beginning of a new age for Hibria in general. See a short video of the band introducing Munhoz below.

Guitarist Abel Camargo commented, “I had already seen Guga playing many times on the city’s stages (Porto Alegre, Brazil), and there was something that always called my attention, and made me confident to choose him: The stage is really his home. Playing with friends, jamming with Paul Gilbert, playing classic songs, improvising on his videos, or even opening a concert for Dream Theater playing his own instrumental songs, he has always mastered what he wanted from his guitar and showed gratitude for that moment. Besides being a versatile and shredding guitarist, he is also a born composer.”