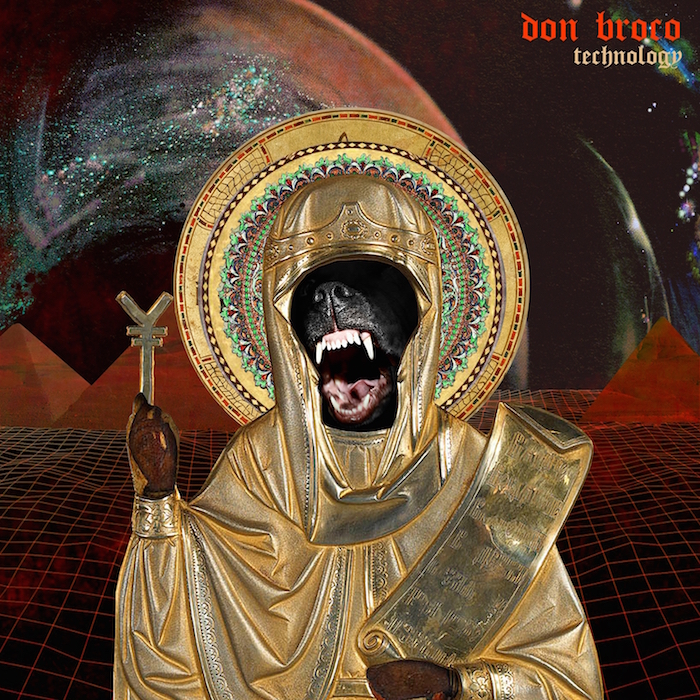 Technology marks UK alt-rock outfit Don Broco’s third full-length studio record and comes off the back of an exceedingly long PR campaign (lead single “Pretty” was released early 2017). Don Broco are one of those bands who manage to combine various sub genres of music into their makeup, and various elements of indie, pop and hard rock consolidate into a diverse mixing pot. Previous record Automatic showed that the group were ready to step outside their comfort zone and tackle some of their early detractors head on, by showing that they weren’t simply riding on the coattails of acts such as Lower Than Atlantis and We Are The Ocean. Technology furthers this progression delivering an album of serious intent.

The initial four tracks are undoubtedly one of the strongest starts to an album that you’ll hear in 2018. From the thunderously low end guitar riff combined with vocalist Rob Damiani’s quirky vocal tics present on “Technology”, a hugely catchy chorus on “Stay Ignorant” resulting in a technically proficient breakdown to end the track, and “T-Shirt Song”, which will clearly be a live favourite for years to come. Meanwhile, “Come Out To LA” has one of the most ridiculous choruses you’ll hear for quite some time but still manages to somehow bore into your brain and not let you go! Think about some sort of ragga-metal Skindred rip-off and sonically you’ll be on the right sort of lines…. Evidently, Don Broco have strained to cater for a wider listener base.

Unfortunately, the rest of the record doesn’t retain the momentum that the initial four tracks generate. The aforementioned lead single “Pretty” is pretty bland, with a poor attempt at hip-hop rapping punching through the nondescript rhythm section, while “Tightrope” and “Porkies” has little that sticks in the memory. On the flip side, “The Blues” has a tremendous technical edge to the chorus with staccato guitar riffs courtesy of Simon Delaney and a soaringly atmospheric vocal performance from Damiano. And while “Everybody” and “Greatness” sound as though they should have been released in the electronica-infused early 1990s, there’s enough there to bang your head to.

Overall, the album is pretty lengthy – 16 tracks weighing in at 59 minutes in length – and the samey nature does start to grate a little towards the end. After coming from a situation where the band almost split to releasing arguably their most ambitious and challenging record to date, there’s plenty of things to like for both new and die-hard fans alike.