The start of this year has marked the release of some exciting new rock albums. One of the most notable to hit the shelves was AWOLNATION’s third studio album, Here Come The Runts, which was released on February 2nd via Red Bull Records. To support their release, the band has set out on a month-long tour across the US. The House of Blues in Boston, MA had the pleasure of being one of the stops, which included support from Nothing But Thieves and Irontom.

Boston packed the first floor of the venue early on in the night (despite only being Tuesday) and brought a huge wave of support and enthusiasm for the evening’s bill. Irontom took to the stage first, putting on an explosive set that left vocalist Harry Hayes out of breath when stopping for moments to address the crowd. Next to take to the stage was Nothing But Thieves. As soon as Conor Mason’s powerful voice came over the mic, the crowd was drawn right back in. Though most of the crowd had likely come out to see AWOLNATION, I’m sure I was not the only one that left that evening with two new-to-me acts to put on repeat the next day.

With a quick set change and the descent of the massive black curtain that had been covering the back half of the stage for the first part of the night, it was finally time for AWOLNATION. Vocalist Aaron Bruno made an unexpected entrance by emerging on the second level of the venue as the title track of their recent album came on over the sound system. Zach Irons (guitar) and Daniel Saslow (keyboard) showed no signs of slowing down even after having already played a full set with Irontom earlier in the night. The band played through a comprehensive seventeen song set, playing songs like “Hollow Moon (Bad Wolf)” and “Guilty Filthy Soul” from earlier in their career, to new tracks like “Miracle Man” and “Stop That Train.” They closed off an unforgettable night with their ubiquitous song “Sail.”

Catch AWOLNATION on one of their remaining shows: 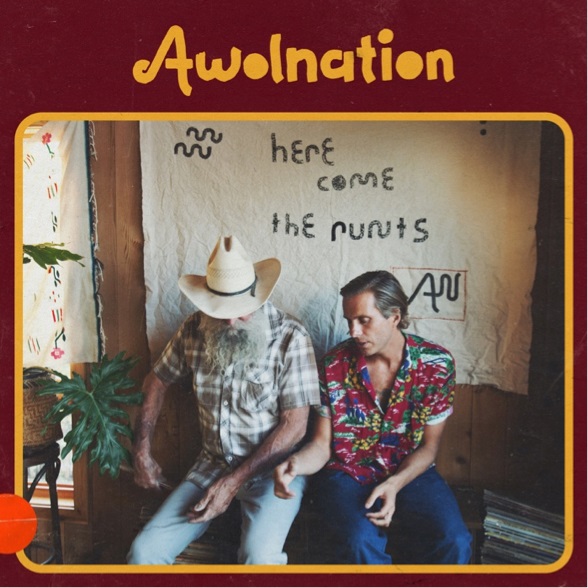