After releasing their first album, Known Flood, on Sacrament Music and their second, Revisionist, on The Flenser, Brooklyn’s post-everything instrumentalists, Sannhet have added some Canadian content to their discography. This comes via the release of the band’s latest, So Numb, on Profound Lore, a cult label which continues to diversify its roster with each passing day.

Wading in the well of influence alongside post-black metal outfits like Bosse-de-Nage and Deafheaven, as well fellow vocal-less journeymen as Russian Circles, Battles and Pelican, Sannhet (a Norwegian word for “truth” or “verity”) offer up nine compositions that span the spectrum from breezy and epic to soaring and intense all while communicating via an array of carefully planned and precisely thought out note sequences, rhythms and effects. We caught up with guitarist John Refano to discuss the power of no words, working with a non-metal producer and the ode to the escapist.

Your new bio makes the statement that you “write subtexts…Love letters, extended epistles and suicide notes” without using words. What would you say has been written on So Numb?
John Refano: I think that statement is self explanatory. The album is all of those things and none of those things. What do you hear?

Did you consciously do anything different in the writing or recording process of this album that ended up putting a stamp on the record and/or paved the way for new approaches in the future?
Refano: This is the first record we worked with a producer instead of controlling everything ourselves. We produced all our past material, even recorded a good deal of it ourselves. This time around we decided to let go some of that control and see where it took us. We ended up working with a producer we all admire, Peter Katis, who aside from making a lot of really great and iconic records, does not really record metal or other “heavy” music. We thought that approaching our music from a totally different angle could help surface and contextualize some of the subtexts that have always been there.

As far as the writing process, we never really sit down and say we’re going to try to write something that sounds a specific way, but I will say that at least from a guitar perspective, I spent a lot of time trying to simplify and strip away things to get to the real core of what it was I was trying to express. Where past records would achieve a lot by hundreds of layers, busy structures and changes…this time we did make an effort to try to be more confident with our choices and distill things down to their most potent forms. I also think we embraced melodicism and hookiness this time around to an extent we never really pushed as far before.

Check out the band’s song “Way Out”

How much of the album’s songwriting was nailed down before entering the studio and how much was created on the fly? Did you stick to what you created in rehearsal or were you able to leave room for changes and improvisation?
Refano: I would say 95+% of the album was done before we even stepped into the studio. We demoed out the entire thing at least a month before going to the studio and worked with that to refine the stuff ourselves before going in. A lot did change when we started working with Peter, but I don’t think the songs themselves actually changed. The work in the studio was more about capturing an authentic performance and how we were framing and arranging the songs that were already written. Peter had a lot of input on some of the additional tracks and textures that we ended up adding a good deal during the recording process, but we aren’t the kind of band that writes songs in the studio. Our process is iterative and unfortunately we can’t afford to be in the studio for months on end.

Was there a particular point during the recording where you felt you were on to something or that what was being captured was what you initially heard in your head during the writing?
Refano: When I have my head down making a record, I often have trouble hearing it as a whole for weeks after it’s finished. That said, listening to the rough mixes after all initial tracking was done, it was obvious we had made something that had sort of taken on its own life. I don’t know if it’s what I wanted or expected So Numb to be, but it was not forced in any way and we let things go where they felt natural. The record is certainly true to the songs we wrote, but the weight of the emotional undercurrent of the album really felt like it emerged during the process.

How much live work/touring did you do for Revisionist and how was So Numb influenced by any of the live shows you played?
Refano: We did a good deal of shows and a few tours for Revisionist. I would say that playing a lot at the least helped us become more confident and competent players, which in turn helped us focus more on the song writing than on the actual playing. I think it also helped us learn more about what kind of material we really enjoy playing live.

How did you end up coming to working with Chris Bruni and Profound Lore for this album?
Refano: We had all met Chris in the past and he’d shown interest in working with us before. We really respect what he’s done with his label and it felt like it made sense for the path of the band moving forward. He’s been great to work with and he’s been totally game for all our specific design requirements and other picky details we can tend to focus on.

How would you characterise So Numb when stacked up against your previous works?
Refano: It’s where we are now. We’ve been other places and we’ll go to other places in the future. I guess if you want a more specific answer, I think this is kind of the record where we have tried to focus on a sort of subdued tension and restraint, rather than the white knuckled, teeth gritting, fight or flight visceral nature of some of the other material. I think there are plenty of dynamics and plenty of parts to get your heart racing still, but that’s how I’d classify it against the other material.

A few years ago, it seemed like the general heavy music fan/public as a whole was very open and increasingly accepting of bands that eschewed a vocalist. From my view in the cheap seats, it seems that open-armed welcome has closed a bit, whether because of scene saturation, weak bands/performances or a host of other reasons. In you travels, are you finding this to be the case and as a result finding it more and more difficult to carve out a niche and audience for yourselves? Or will it always be a case of having patience and the cream of the crop rising to the top?
Refano: It is very rare that people tell us we need to have a singer. Usually, it’s just random people who want to sing for us, but it’s not typical feedback. In fact, it’s usually the opposite. We hear from people who don’t typically listen to instrumental music who say they were surprised to really be into it, and that they don’t miss vocals at all. I think the live show particularly helps here; we’re not just three guys standing around posturing for the crowd. We focus a lot of time and effort on the visceral experience of being there. Our bassist, AJ Annunziata has created an immersive projection and light show. Our drummer, Chris Todd is set up at the front center of the stage. I personally don’t see what a singer would really add, but I guess that being my opinion is pretty obvious. On the record, I think we make up for by trying to keep things moving and interesting with the songwriting and really try to avoid being monotonous and drawn out. There’s a reason our longest songs top out at six or seven minutes.

What’s the story behind the album’s title and how does the cover photo relate?
Refano: So Numb is an ode to the escapist. The photo is meant to depict a moment in cognitive development known as “the original wound” or “primal pain.” In this moment, the child is basically traumatized and learns that they have a need for survival. Its fallout can manifest in a variety of interpersonal problems during adulthood. On the cover, you see a mother shielding her child’s eyes. The concept is that this attempt to provide comfort and protection from pain paradoxically hinders growth and perhaps make the transition to adulthood more traumatic. The record is essentially set in a time of reflection of this original wound. All of us in the band have been basically coming of emotional age over the past few years, and not without growing pains. Depression, escapism, ennui are side effects of this growth. The photo is perhaps a nostalgic memory of yourself before the car crash.

What’s the plan for the near and not-so-near future once the record is out and about?
Refano: Some touring this year, more touring than we’ve ever done next year. Expect to see us in Europe and elsewhere. From there, who knows, I don’t see us stopping any time soon.

Stream the entire So Numb album 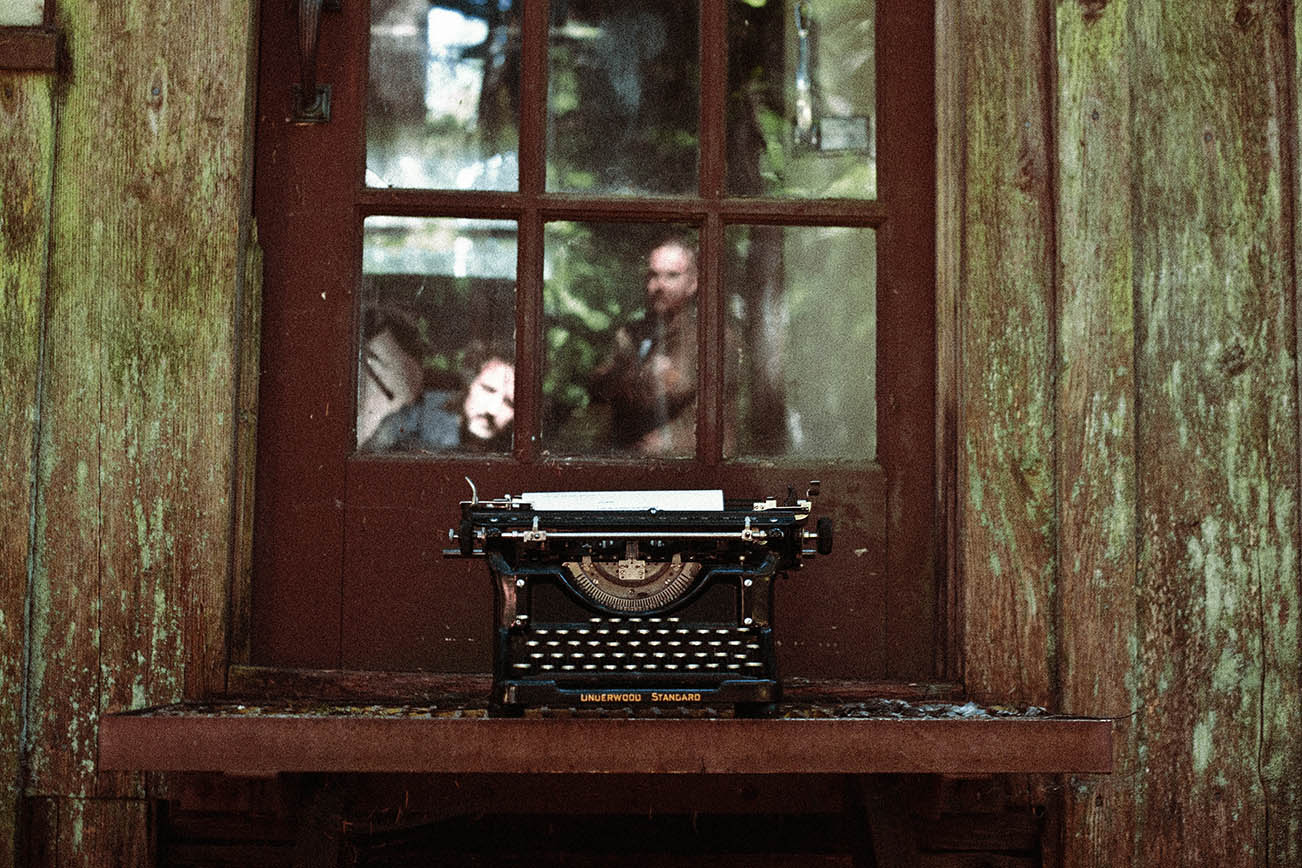 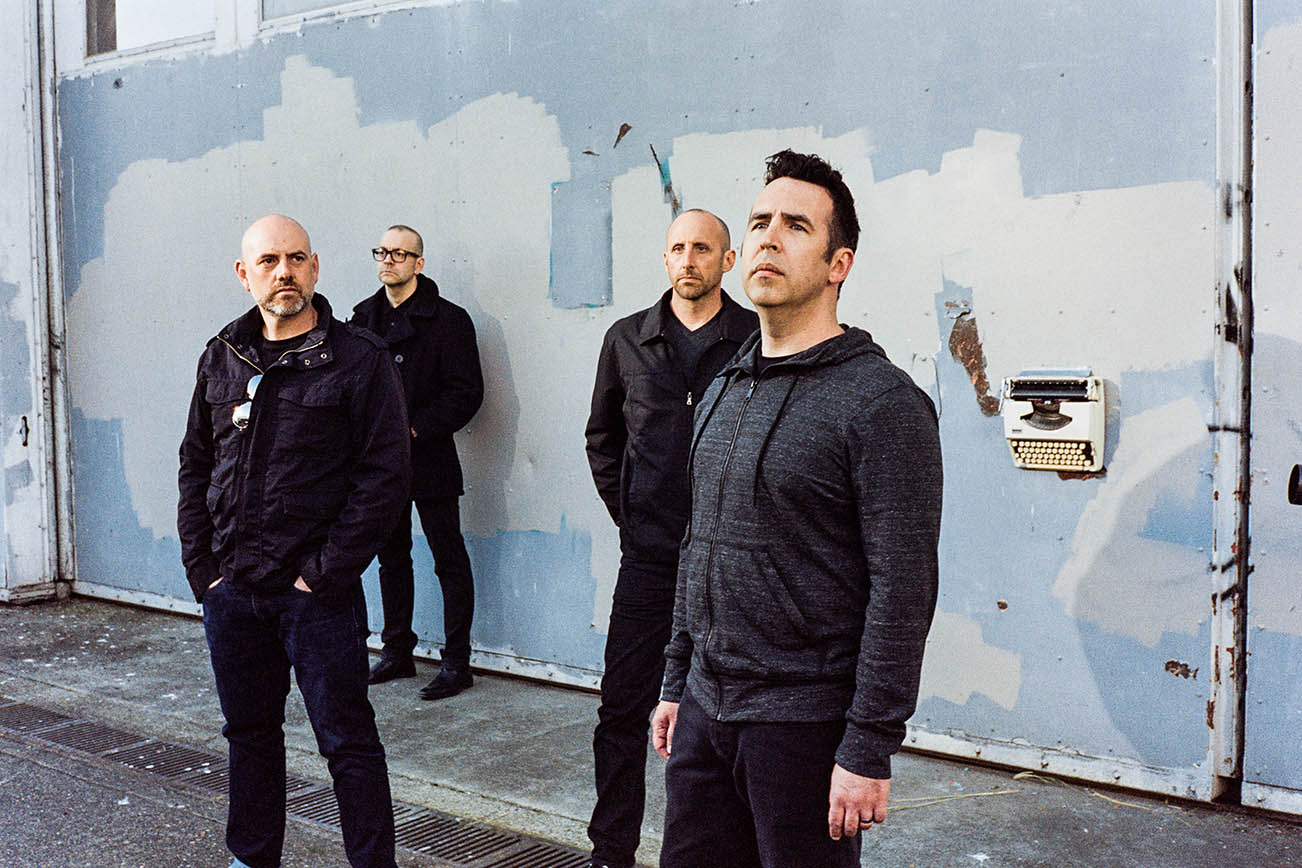