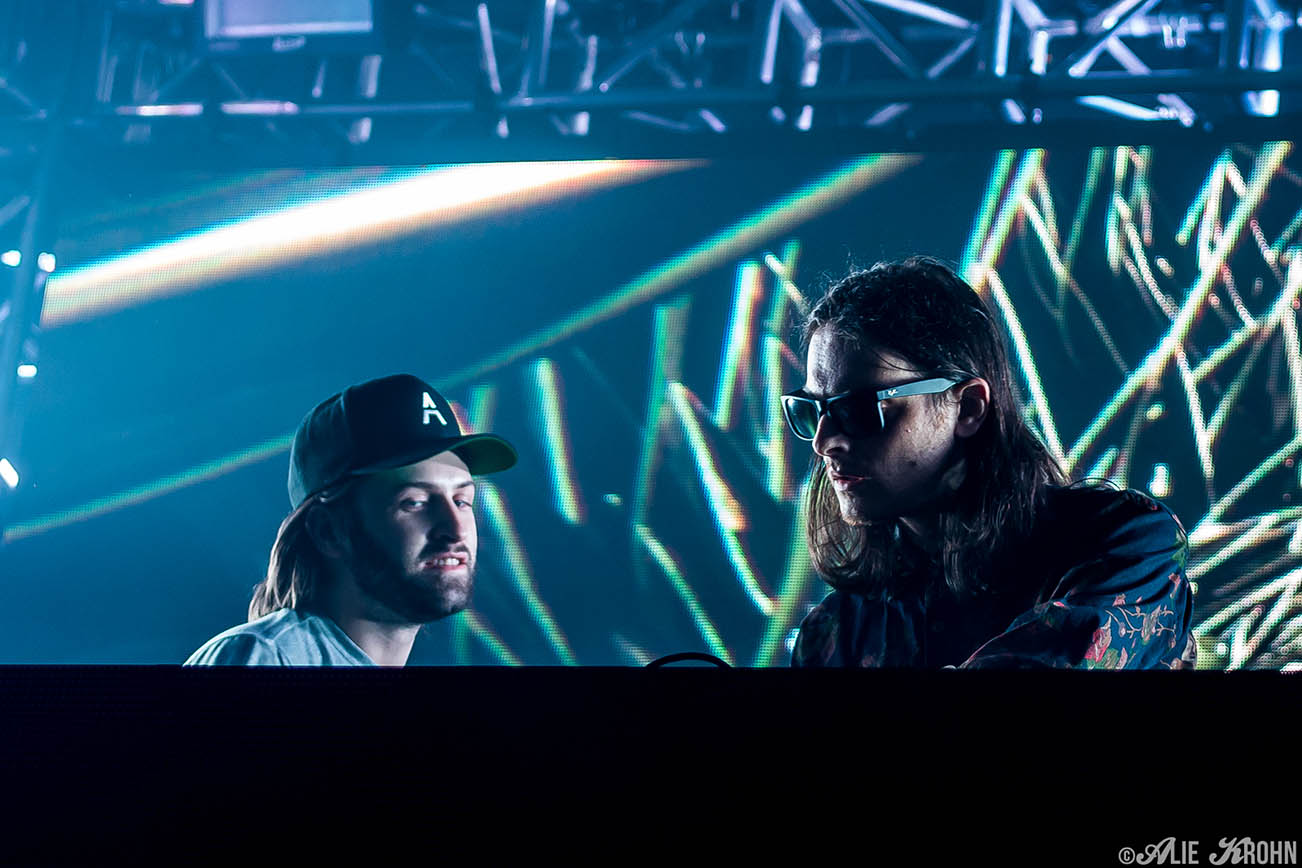 Amidst a mass of a summer concert-going frenzy, comedian Chris Hardwick slapped the Bay Area with the brand-new ID10T Music Festival & Comic Conival. This music-festival-gone-comic-con hybrid event combined comedic acts, TV show staff, popular musical rock, pop, alternative, and EDM acts into two days of excitement. Attendees were greeted by a mass of vendors, food trucks, and cosplayers strewn about the venue. With the Shoreline Amphitheater’s resounding history of event success, ample festival grounds and large mainstage area, Id10T goers were able to get both deep in the crowd for the music, and take a break amongst the grassy hill overlooking the main stage.

While the musical talent of the main stage brought quite a large crowd from near and far, it was an unexpected party at the side stage reserved for comedy panels and EDM DJ’s. At 6PM each day of the festival, the Mad Decent music label presented well-respected acts such as Madeon, Jai Wolf, Ape Drums, and Gryffin on Day 1. Day 2 of Id10t Festival came out swinging with Party Favor, Troyboi, 4B, Wax Motif and Zeds Dead. Our photographer was in the thick of it to capture the moment.

The Id10T Festival Tent beckoned to the fans of EDM who had just come back from the recent Electronic Daisy Carnival and had more dancing to do. As the sun went down, the energy increased, confetti flying and lasers flashing. After the festival’s final acts closed the Main Stage and the Festival Tent, the success of the festival was evident on attendees’ faces, reluctant to let go of the weekend. While there is a bit of radio silence from Hardwick on whether the festival will make a comeback in 2018, one thing rings true: the Bay Area loves to laugh and dance, and we’d welcome being Id10ts again in a heartbeat.