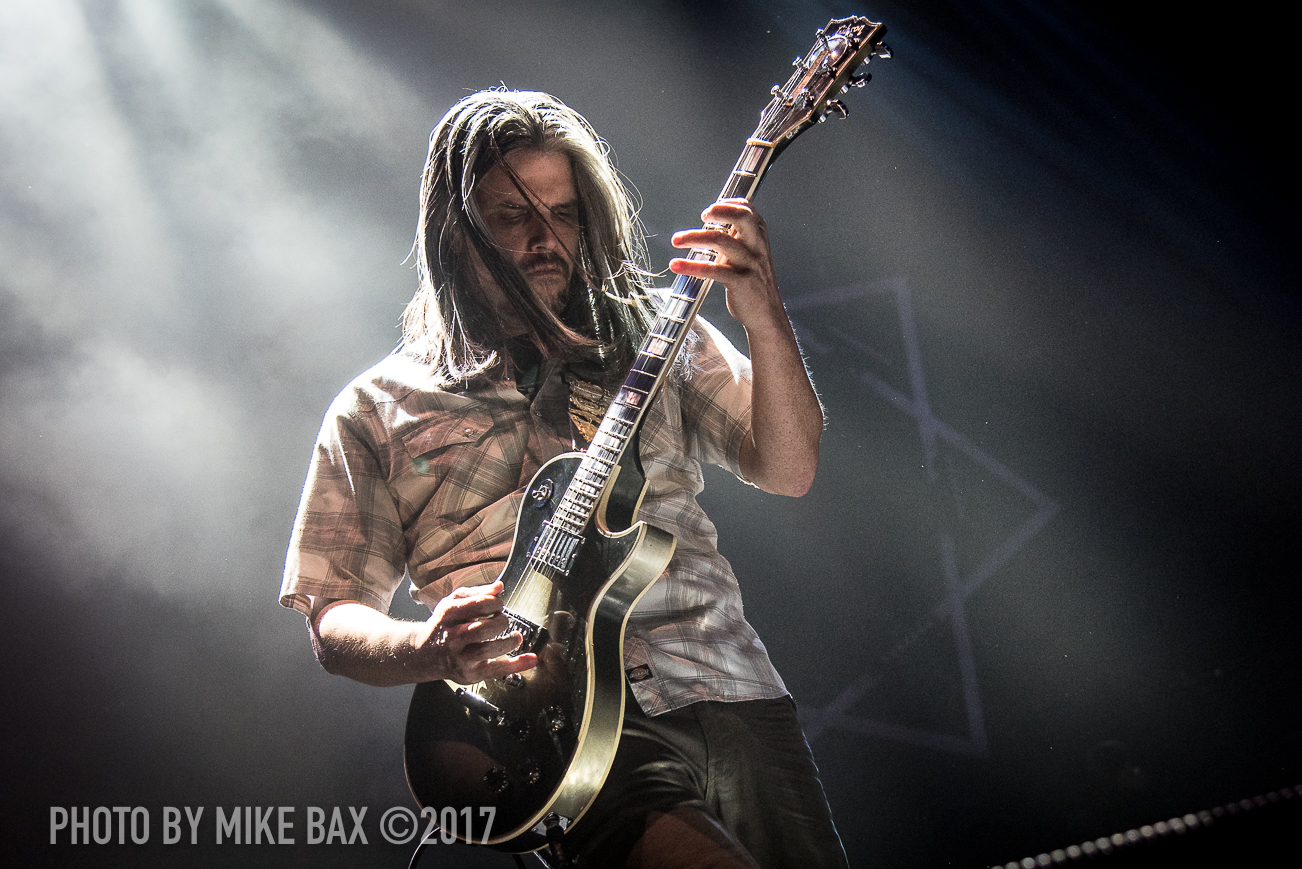 With more than ten years since the release of their last commercial album, Adam Jones, Justin Chancellor, Danny Carey and Maynard James Keenan rolled their mighty TOOL live spectacle into the Hammer for a night of earth shaking prog rock. This evening sold out in mere minutes the day tickets went on sale – TOOL proving yet again that some bands don’t need to release any new music to retain a dedicated fan following.

Performing 13 songs over the course of a two-hour performance (skipping over material from Undertow entirely) and delivering a Canadian premiere performance of their newest instrumental track “Descending”, Tool levied a mind-bending display of sound and visuals. It’s what TOOL have ALWAYS been great at – a killer live spectacle. “Opiate” and “Sweat” (from their debut 1992 EP Opiate) managed to sound both fresh and menacing – each song met with roars of approval from everyone in the venue. 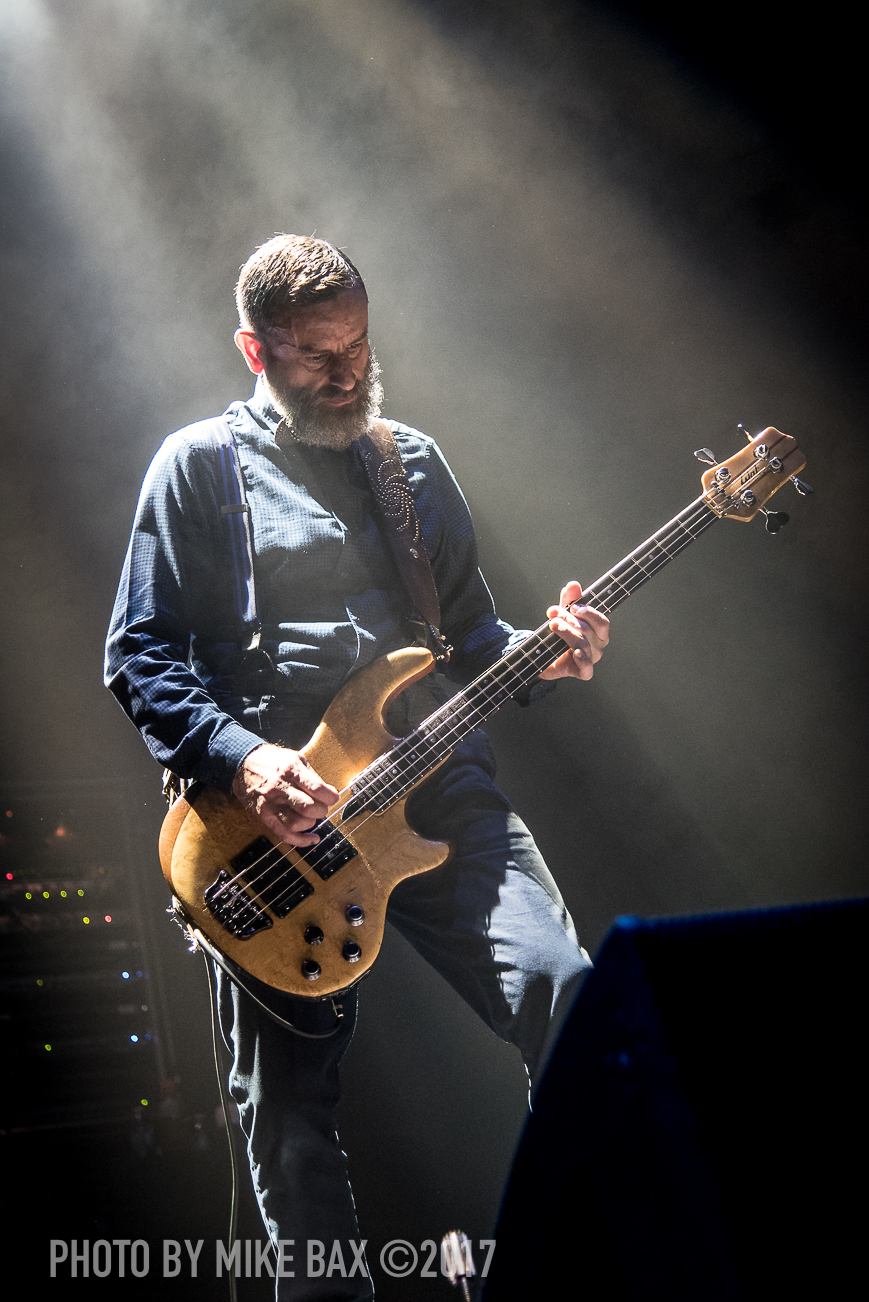 I watched a young girl yank up her top, turn around and violently shake her tits at the audience right at end of “Jambi”. I guess she liked the song? Or maybe she didn’t. It was hard to tell from the savage look on her face. She certainly remained excited throughout the duration of the concert. This scene was nothing new – during TOOL’s Air Canada Centre performance touring Laturalus in 2001, I was a few rows back from two girls who, once TOOL took the stage, immediately straddled each other and sucked face while grinding into each other in their front row side-stage seats for the ENTIRE performance. They were wearing tonnes of neoprene and both were in shiny rubber bodices. Somebody went home with chafing after that gig. I didn’t really care. I got two shows for the price of one that night. Just another component of a night out at TOOL – you will always see something entertaining, even if it isn’t just the band.

Tool aren’t really a band that allows for descriptions of their maniacal stage antics. They aren’t a band that emotes through their body movements. Danny sat behind his massive drum kit and performed like the veteran drum-god that he is. Adam and Justin walked about a bit, turning to face each other from time to time. Justin sneered at the crowd once or twice. There were no scissor kicks. No guitarists posing inches away from each other as they crossed the necks of the guitars and did solo’s together. Tool doesn’t roll that way. They are content to simply perform. 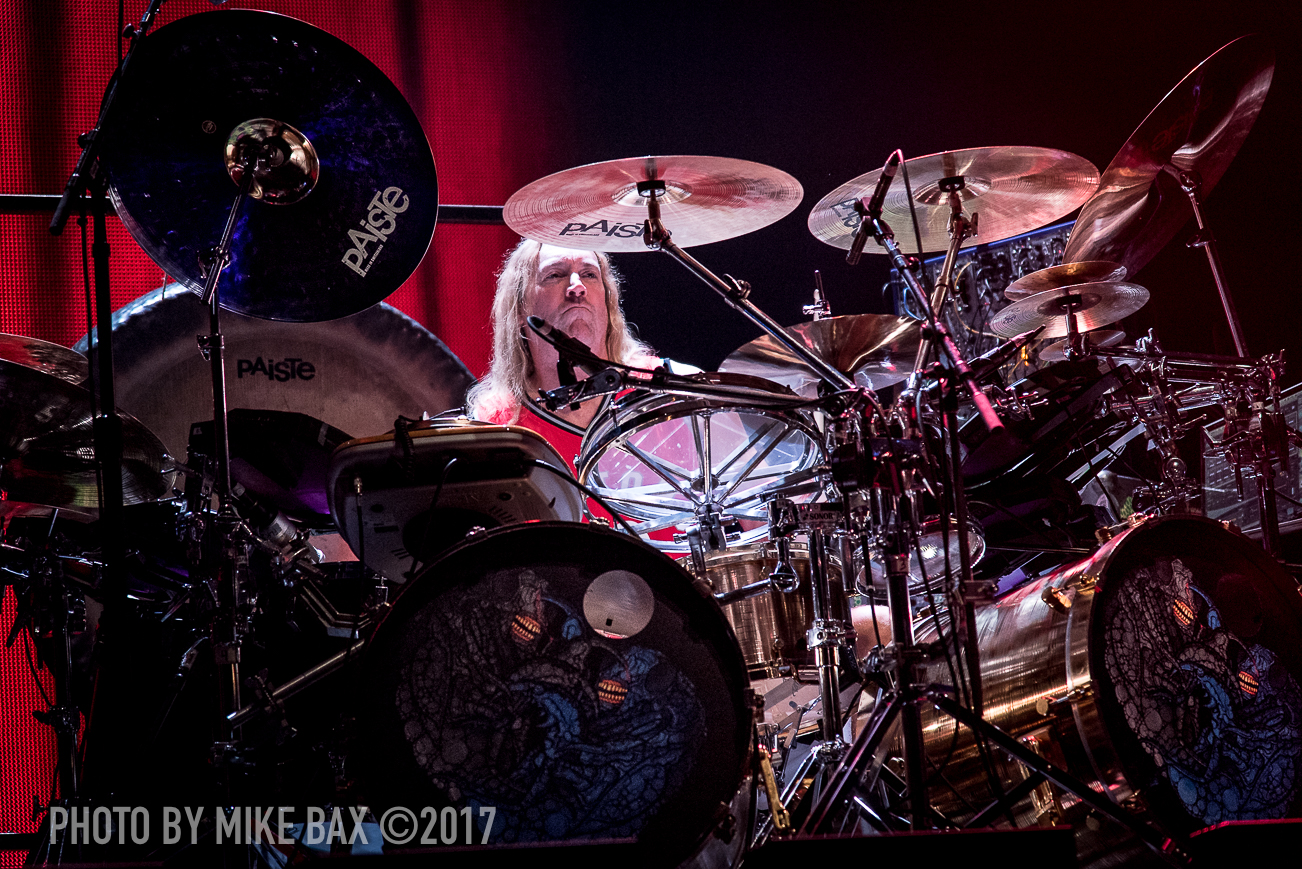 Maynard stayed in the dark at the back of the stage at Danny Carey’s right, dressed in a police tactical outfit, vest and helmet – maintaining his quest to be the most un-frontman in rock and roll. It’s something he has been working up to for years, making himself less a visual centre-stage person in TOOL and more of an accoutrement to the live spectacle. For TOOL, it works.

The evening was filled with some of Maynard’s dry monologs, many of which centered on the state of their home country. He apologized for what was happening in the USA and suggested the band might stay up here in Canada if we’d have them.

There was a strict no-photography rule in place for this evening – with signage everywhere in the venue saying you’d be escorted out of the concert if you held up any device and tried to record or photograph TOOL. Sadly, this hardly worked at all. We live in a society where people think it’s their God-given right to take photos of anything they want, anywhere they want. Select fans (idiots really, but fans nonetheless) throughout the venue ignored all of this signage. 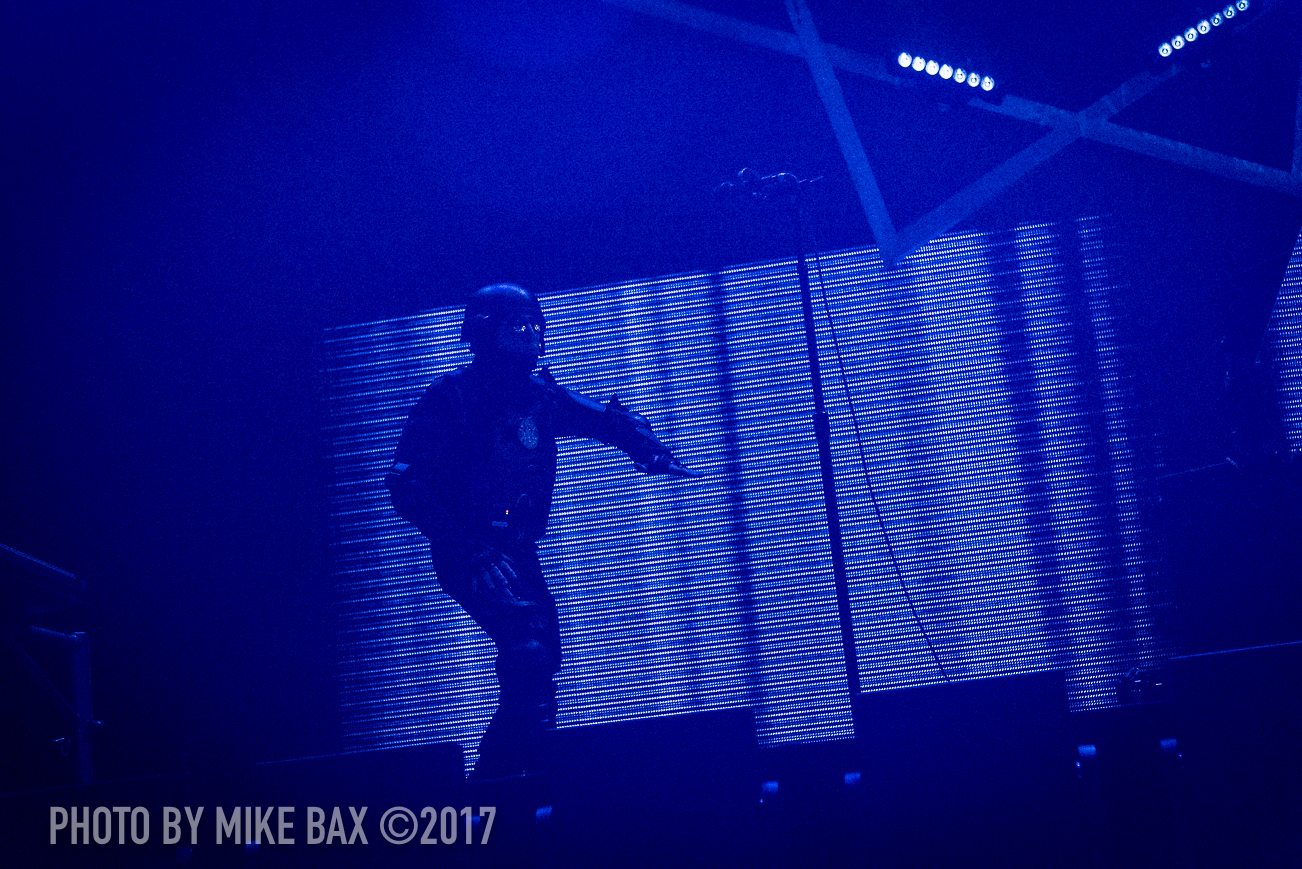 I repeatedly watched venue security work their way between patrons who were trying to watch the show to get at these culprits in the venue. Once there, they would yell at them that if they kept it up, they would be ejected from the show. The guy beside me did it multiple times, and on his last stern warning, while the security person completely blocked my view of the band’s performance to give him his repeated “last” warning – he looked at me, DIDN’T apologize, and merely stated he couldn’t help himself.

That’s utter madness. If there are posters everywhere saying no photography – why the soft warnings? This occurrence was a total disruption all night long. Venues need to either check the cell phones, or kick people out immediately if they are seen disobeying the rules the band wants. It will only take one or two instances of ejection for the crowd to realize that all of the signage posted is actually there for them and that they should likely abide by it.

All of that photography nonsense aside, the evening was stellar. Fantastic sound and visuals and a great selection of deep cuts were performed. 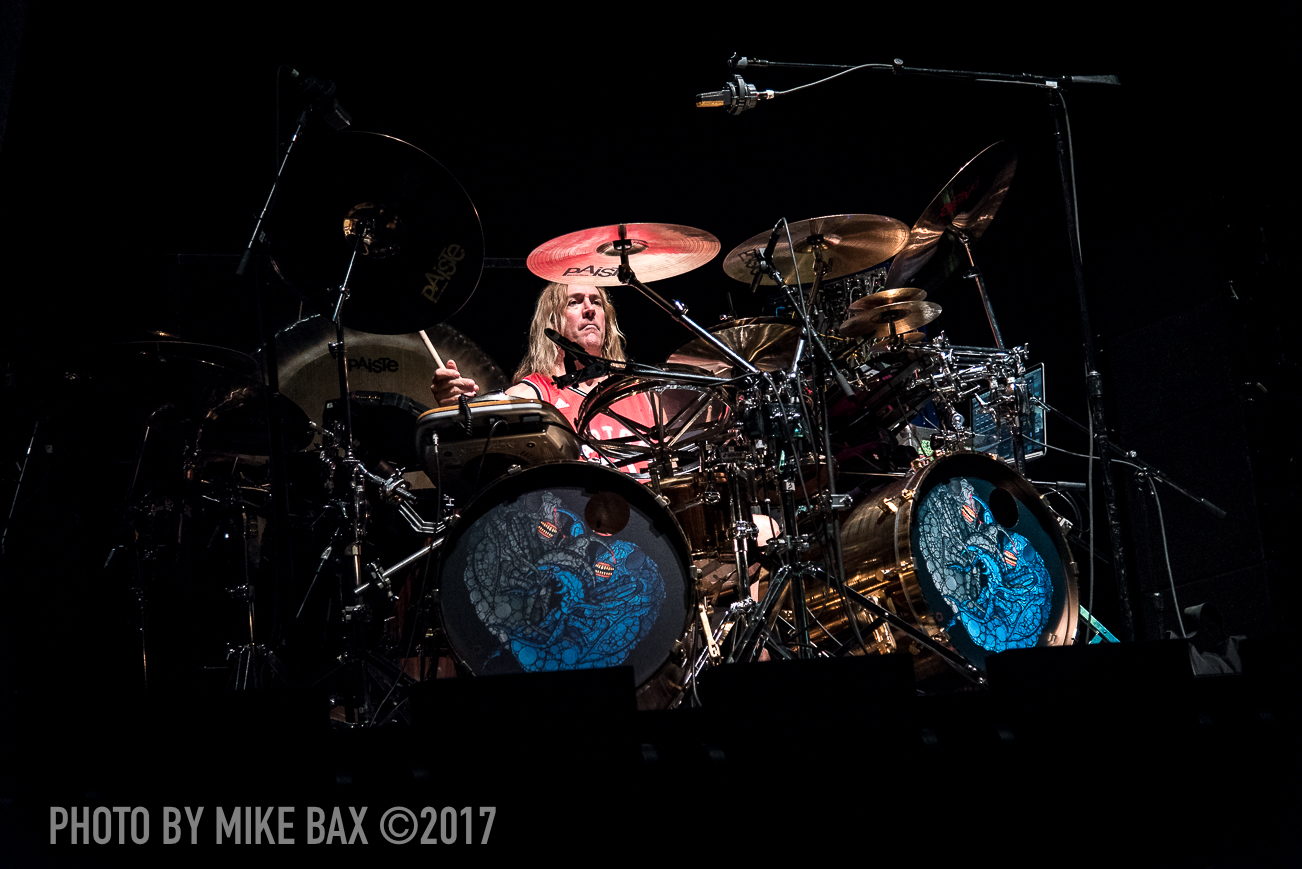 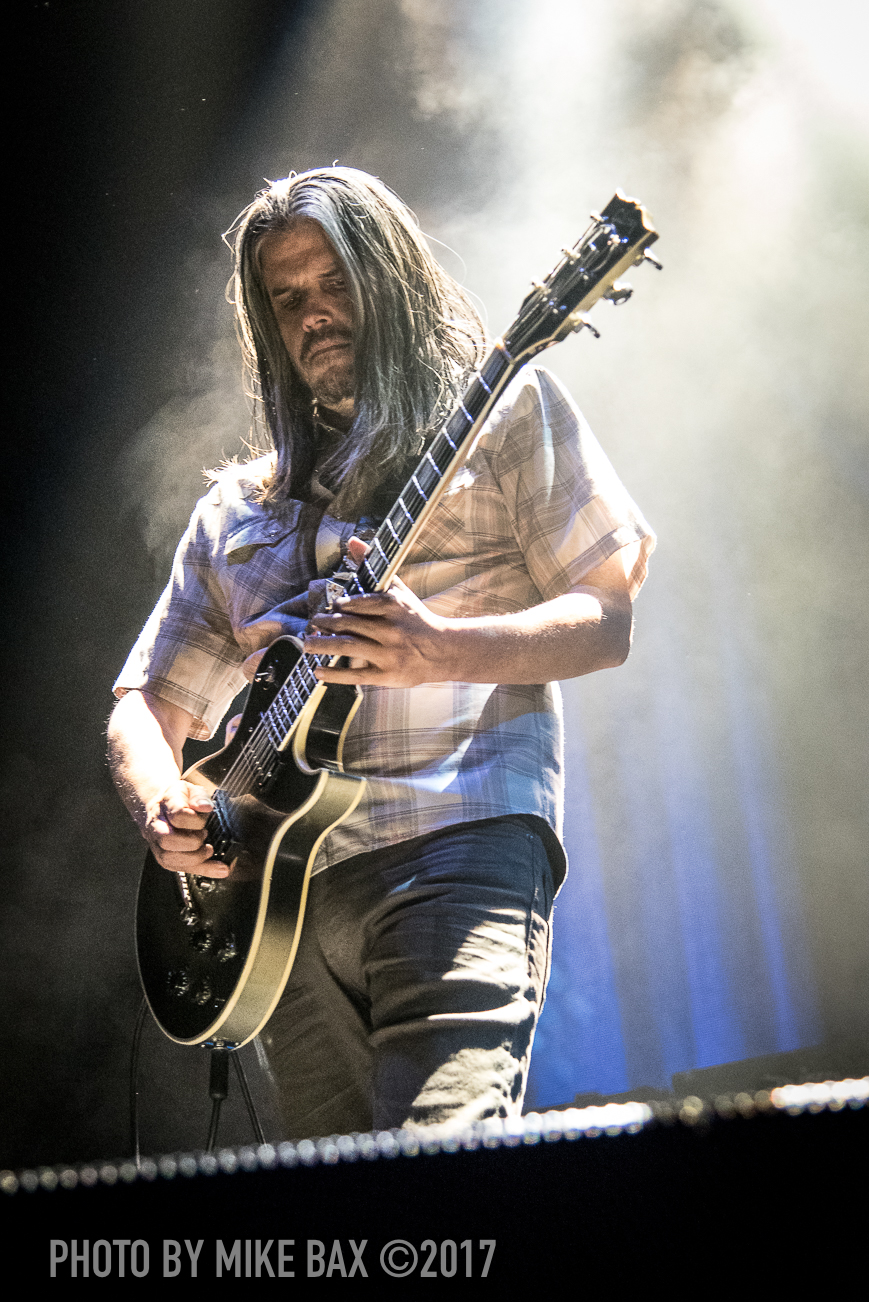 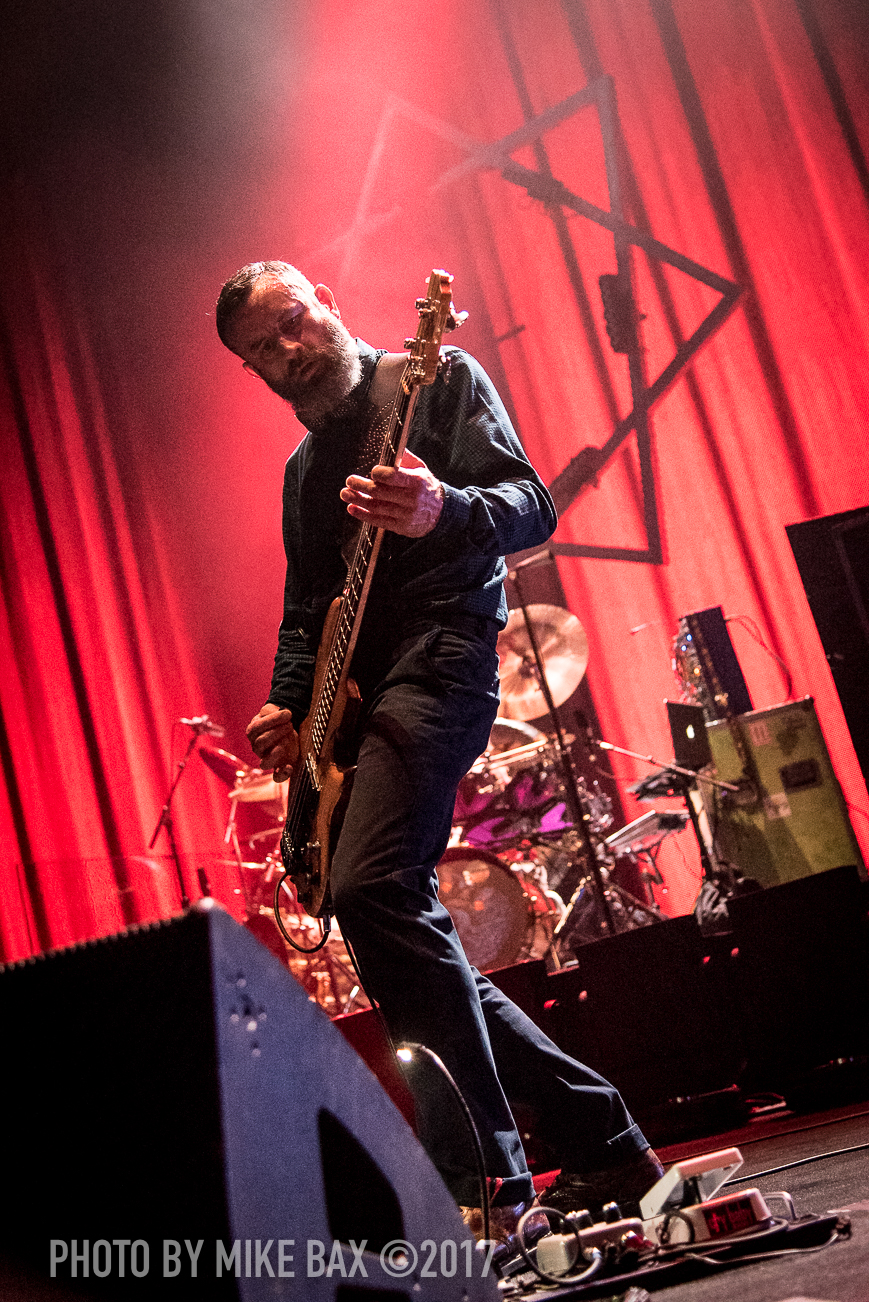 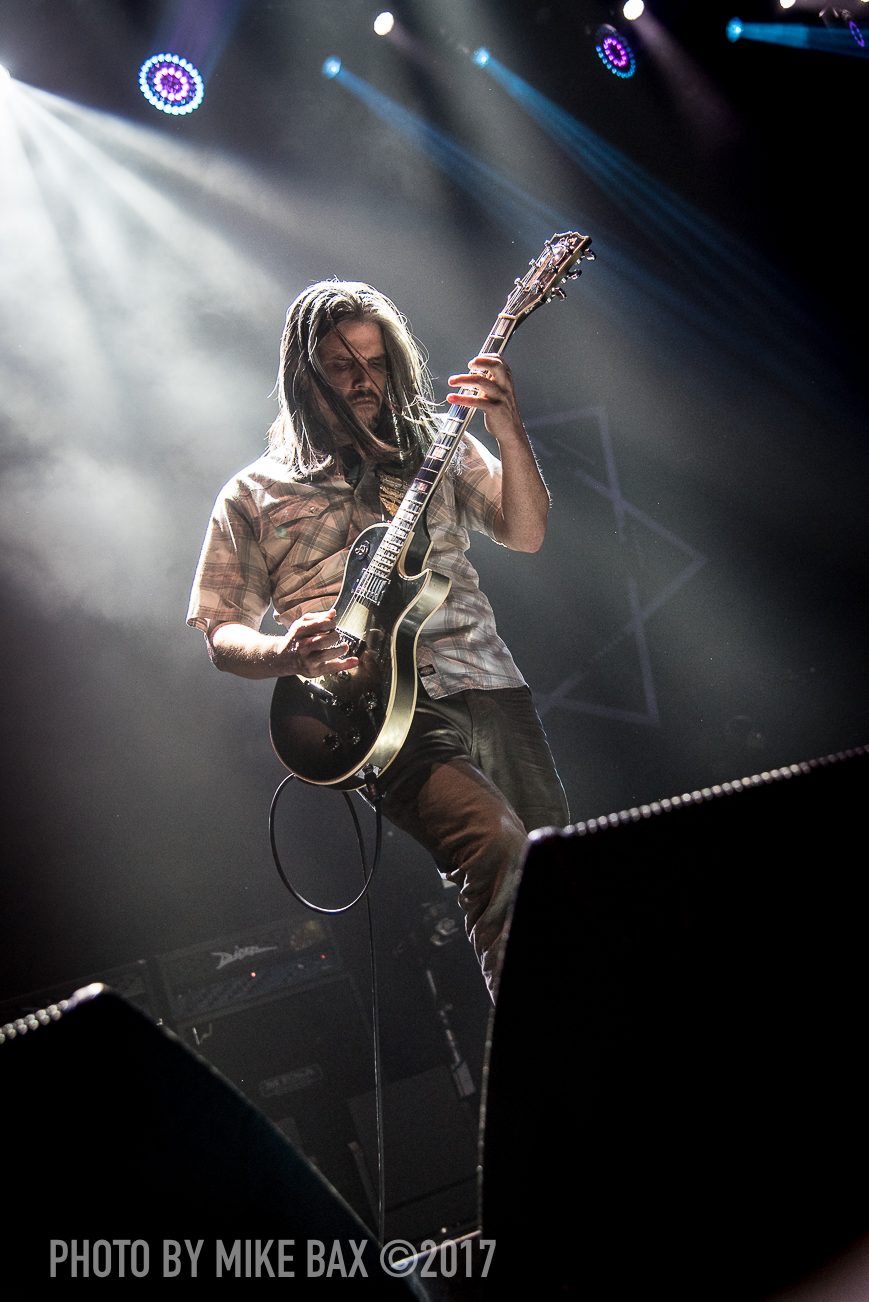 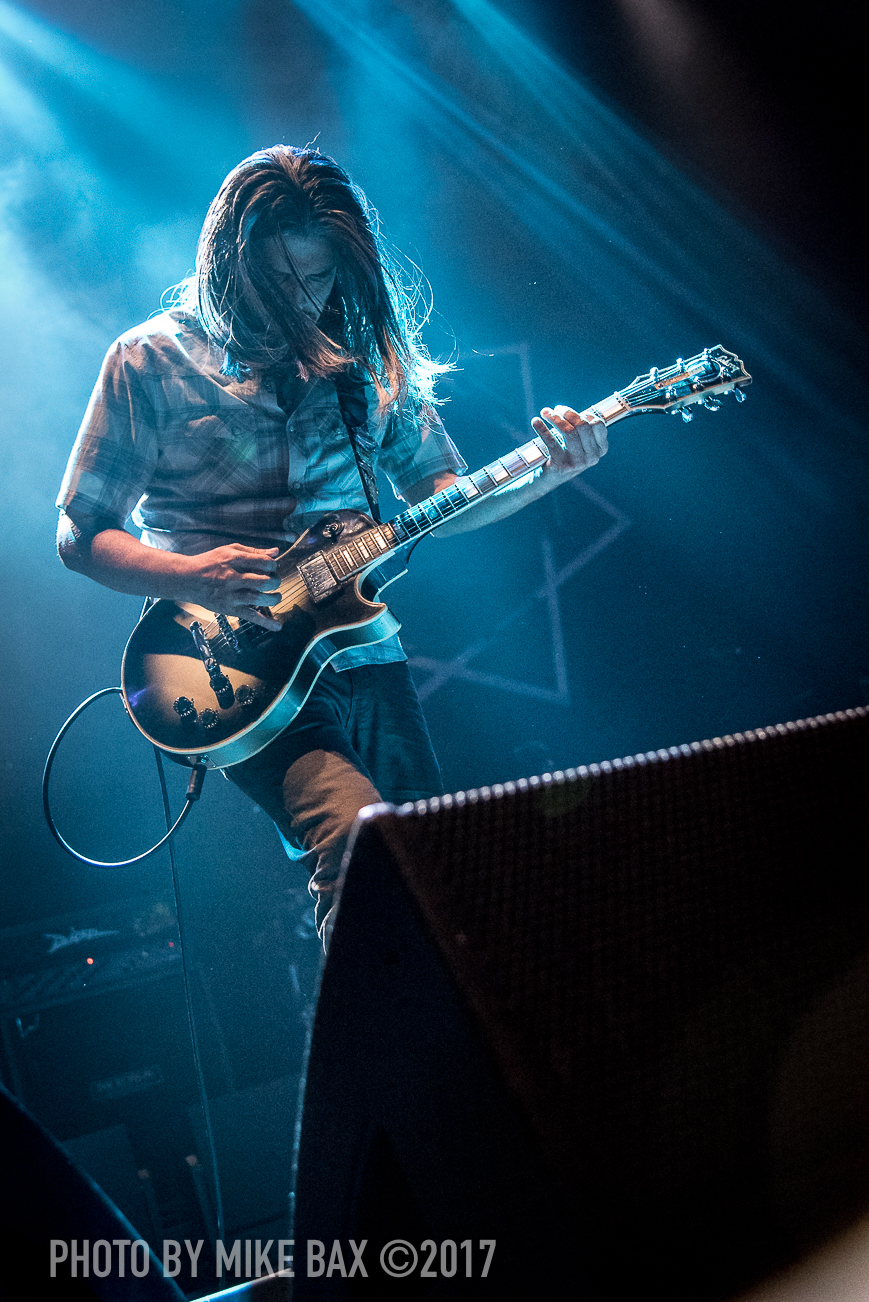 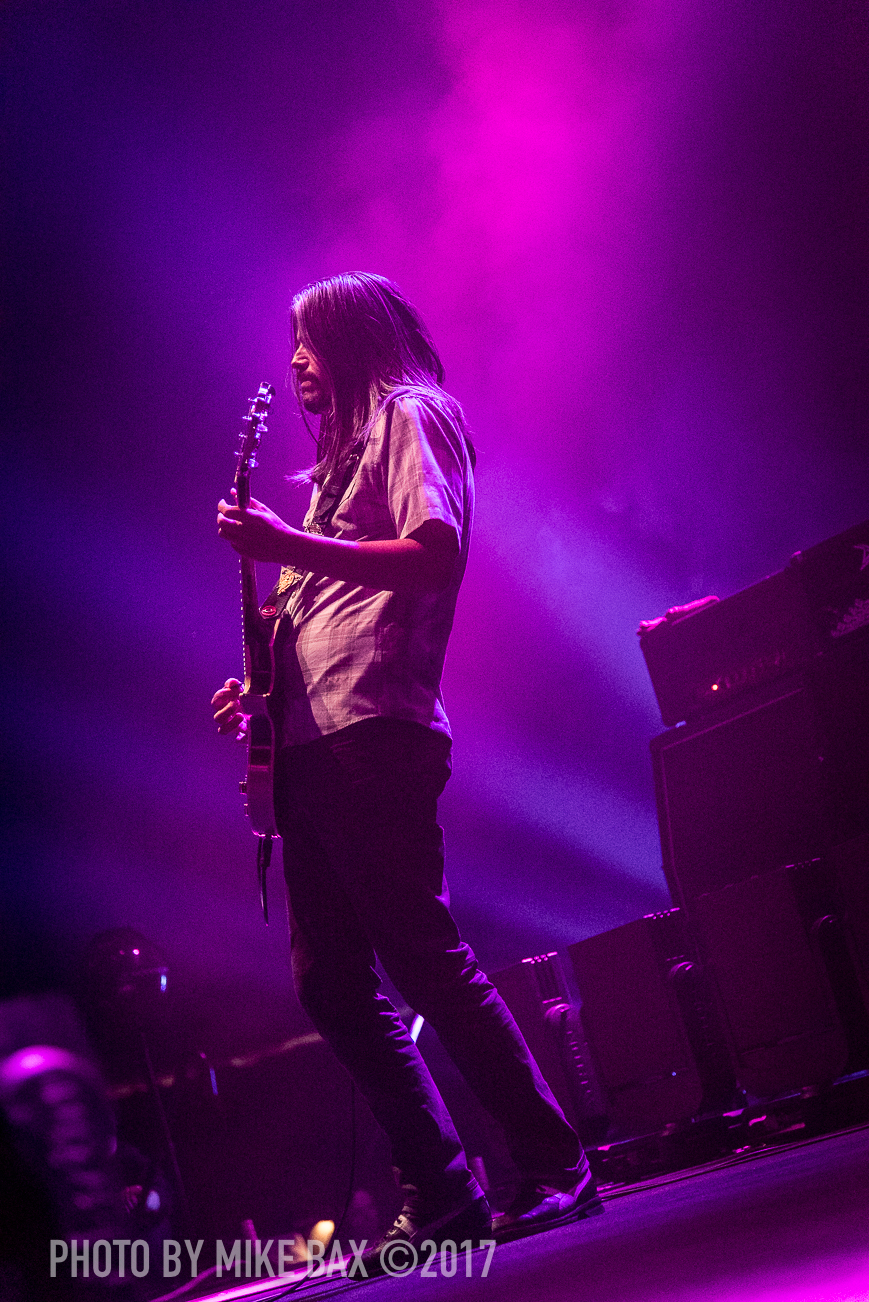 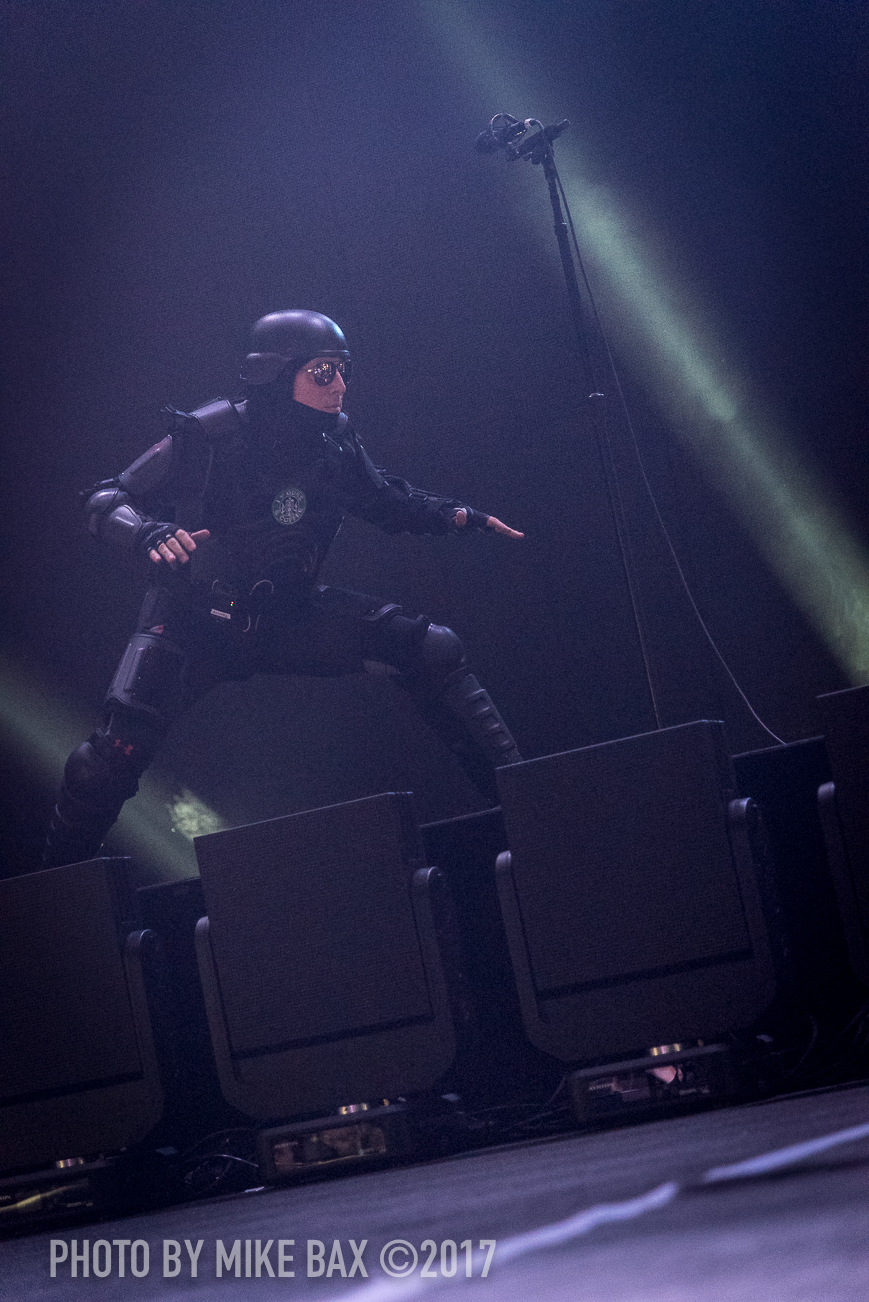 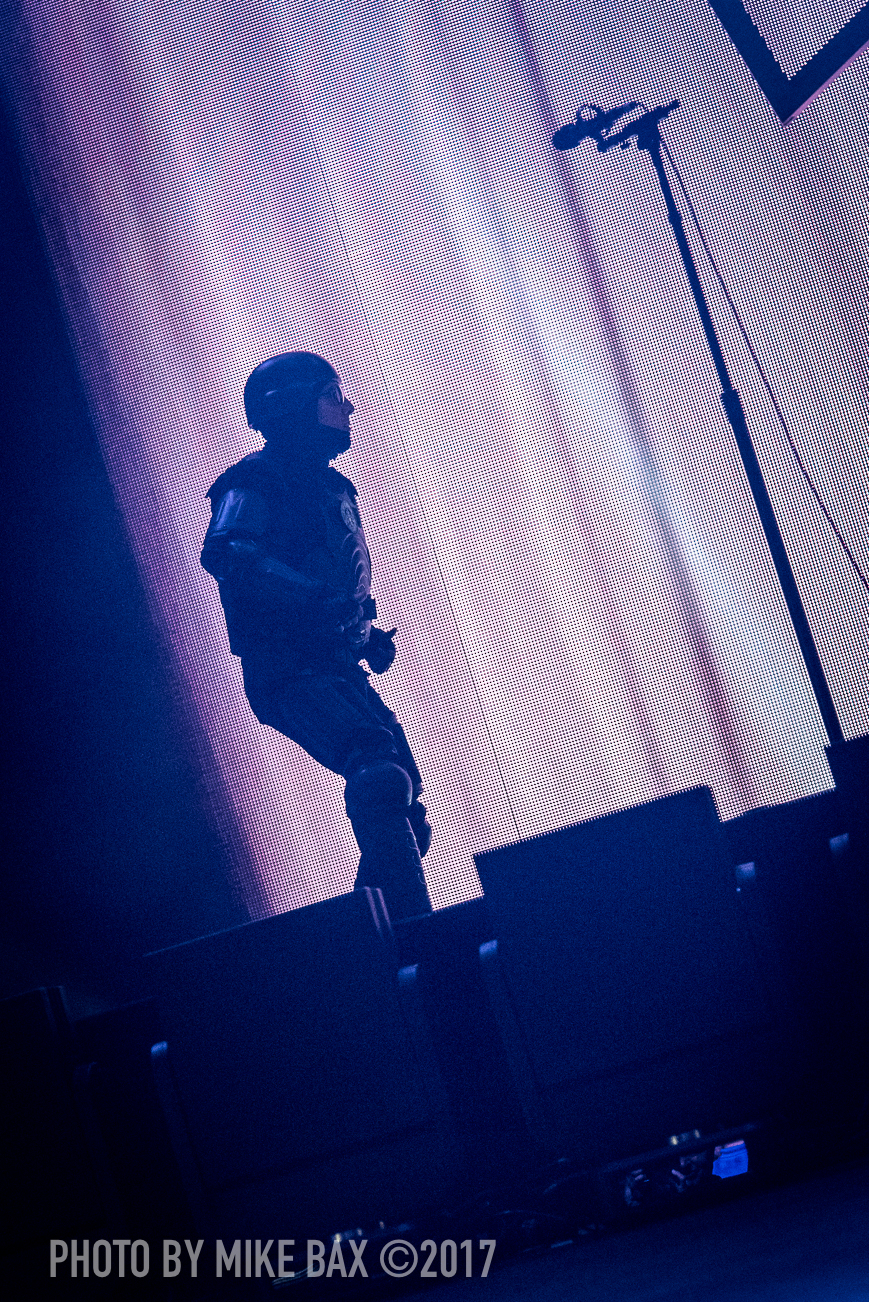