New York’s Suaka, a heavy thrash metal group steeped in Indonesian culture, are set to issue their third album Tiga via Money Fire Records on July 28th. Available on CD, LP, and digital formats and up for pre-order RIGHT HERE, you can now debut the band’s lead single “Destroyer” just below!

With an upcoming US tour later this summer, not to mention their second Indonesian tour slated for some time in 2018, the guys have booked a show at Blackthorn 51 in Elmhurst, Queens, NY for July 7th.

Lead singer and guitarist Rully Rochmat chimed in about the single, saying: “This song was inspired by my reputation of being kind of a destroyer. My bandmates call it ‘the D effect’ because things sometimes go a little crazy when I’m around. The song itself is about how we can be the destroyer or the defender of our habitat. For example, why do we have to import rice into Indonesia?” 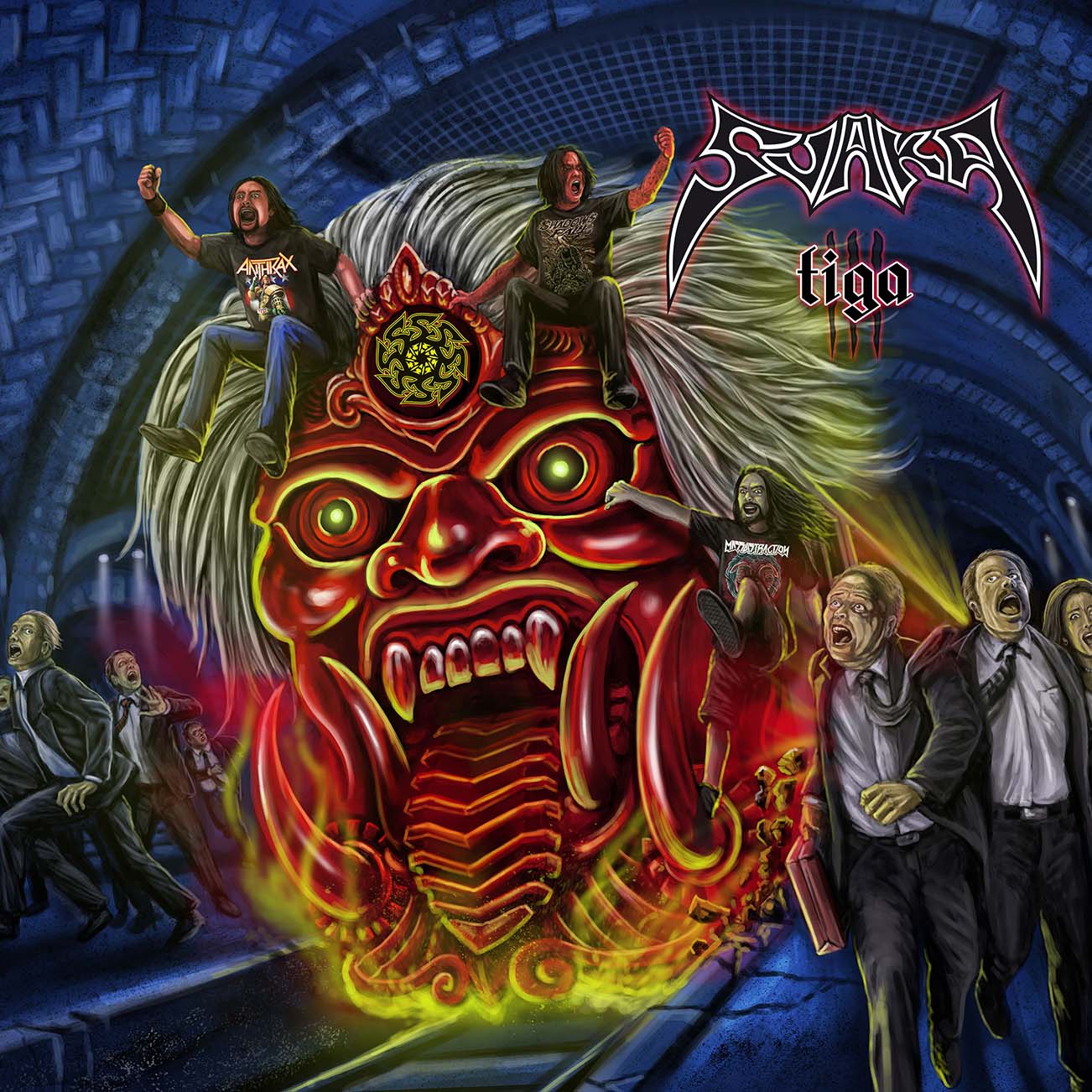