A little over 20 years ago, Dishwalla had one of the biggest rock songs of 1996 with “Counting Blue Cars.” The track won a Billboard Award for “Best Rock Song” and two ASCAP awards. “Counting Blue Cars” was the lead single off of the album Pet Your Friends, which went to #1 on the Billboard Heatseekers chart, also featuring the radio hits “Charlie Brown’s Parents” and “Give.” The Santa Barbara band’s next two albums, And You Think You Know What Life’s About and Opaline also hit the Billboard Top 200 — beyond prominent soundtrack placements for American Pie, The Avengers, Charmed and Blast From The Past — before the group went on hiatus in 2005.

Dishwalla returned in 2008 with a new frontman, Tripdavon vocalist Justin Fox, for touring purposes. It was not until last year that Dishwalla began recording new material, and the end result is 2017’s Juniper Road. Juniper Road was announced via a Pledge Music campaign and will get a proper release through the Pavement Entertainment/Sony RED on July 14th.

To learn more about Dishwalla’s past, present and future, PureGrainAudio caught up with Dishwalla’s founding bassist Scot Alexander. Along with guitarist Rodney Browning Cravens, keyboardist Jim Wood, drummer George Pendergast and vocalist Justin Fox, Dishwalla plans to be on the road for most of 2017.

Juniper Road is the band’s first new album in a decade or so. What inspired regrouping to make an album?
Scot Alexander: After watching the crazy upward trajectory of this band over the last 10 years, I just have to say, sometimes things finally just to come together when the timing is right. I’m just thankful it all worked out the way it did. In terms of what inspired us, I’d just say, as any kind of artist you start to go mental if you’re not creating something new. So we all had these new songs and were dying to get them out there. Also, with the addition of Justin Fox — who’d been singing with us since 2008 — we knew putting out a new product would clearly say to the world we’re back and “this is real!”

How long did the band spend writing the songs?
Alexander: So the process was basically this…We started jamming in 2011. I cataloged the stuff, some of it turned into song ideas. Also, individually we had song ideas that were structurally pretty ready to go, they just needed to be worked out as a band and demoed. It took a while. Two of us live in different states and the Santa Barbara guys are extremely busy, so it took quite a bit of sacrifice of time and finances just to get the songs together. I will say, once we focused in on the recording it took about six weeks, which is roughly the same as our first record Pet Your Friends.

How does the songwriting in Dishwalla nowadays compare to how it was with J.R. in the group? Is it more collaborative now?
Alexander: Interesting question. Part of the reason I left in ’05, was I felt the communal creative spirit of the first two records had left. So, for me, I feel much more free. Also, much more responsibility again, which I love. Really, it hasn’t changed a whole lot from the early days. Anything goes. Because we’re older, we’re way less judgemental about things and each other now.

Do you have a favorite song on Juniper Road?
Alexander: Well, “Not Alone” I’m very connected to because I wrote those lyrics at a time when I was seriously at my lowest in life. To see that song finally come to life and resonate with people has been really awesome. Probably my favorite night-driving track? “Waiting On You Love.”

Given how long it was between Dishwalla albums, are there a lot of leftovers? Is an EP in the near future a possibility?
Alexander: Not a bad idea! The answer is yes, we had some really great songs we just didn’t get to — or finish — because of time and we already had too many songs for the album by the last week of recording. I’m already looking forward to the next round. Man, I’d love to go back to Eric Burdon‘s Joshua Tree estate to record again.

When someone comes to see Dishwalla live nowadays, what’s the set like? Are there covers? Is it largely focused on a particular album?
Alexander: In terms of what it’s like, I’d say the vibe is what I call “loose but tight.” We’re just having fun with it. Right now, we’re on the road with Fuel and Marcy Playground so it’s been shorter sets, but we’re still rocking a bunch of stuff off Juniper Road. In fact, our first song out of the gate is “Sirens,” the first song on the new album. In our normal headlining sets, we vary it up, but it’s been a mix of what seems to be fan-favorites of the last 20+ years.

What’s the next 12 months or so looking like for the band? A lot of touring?
Alexander: Yes. Touring and getting material ready for the next one. Although we did a Pledge Music campaign for Juniper Road which is now complete — the “pledgers” already have the album — we actually recently signed a record deal with Pavement Entertainment/Sony RED for distribution. So the physical release date isn’t until July 14th. It’s safe to say we’ll be out promoting the record through the end of the year, at least. They just started working the single “Give Me A Sign” to radio and it’s getting a really good response, so we’ll see!

When not busy with Dishwalla, do you have other musical projects?
Alexander: Yeah, I’m pretty much always playing some kind of music somewhere. Crazy to think that when I left the band in ’05, I completely quit everything music. Sold everything and thought I’d never play another note. You never know what life has in store, right? Over the last 10 years, I’ve had a little studio and kept myself busy either producing local artists or playing on sessions for independent records. Currently, I’ve been helping out Marcy Playground on bass though, so I’ve been gone quite a bit. 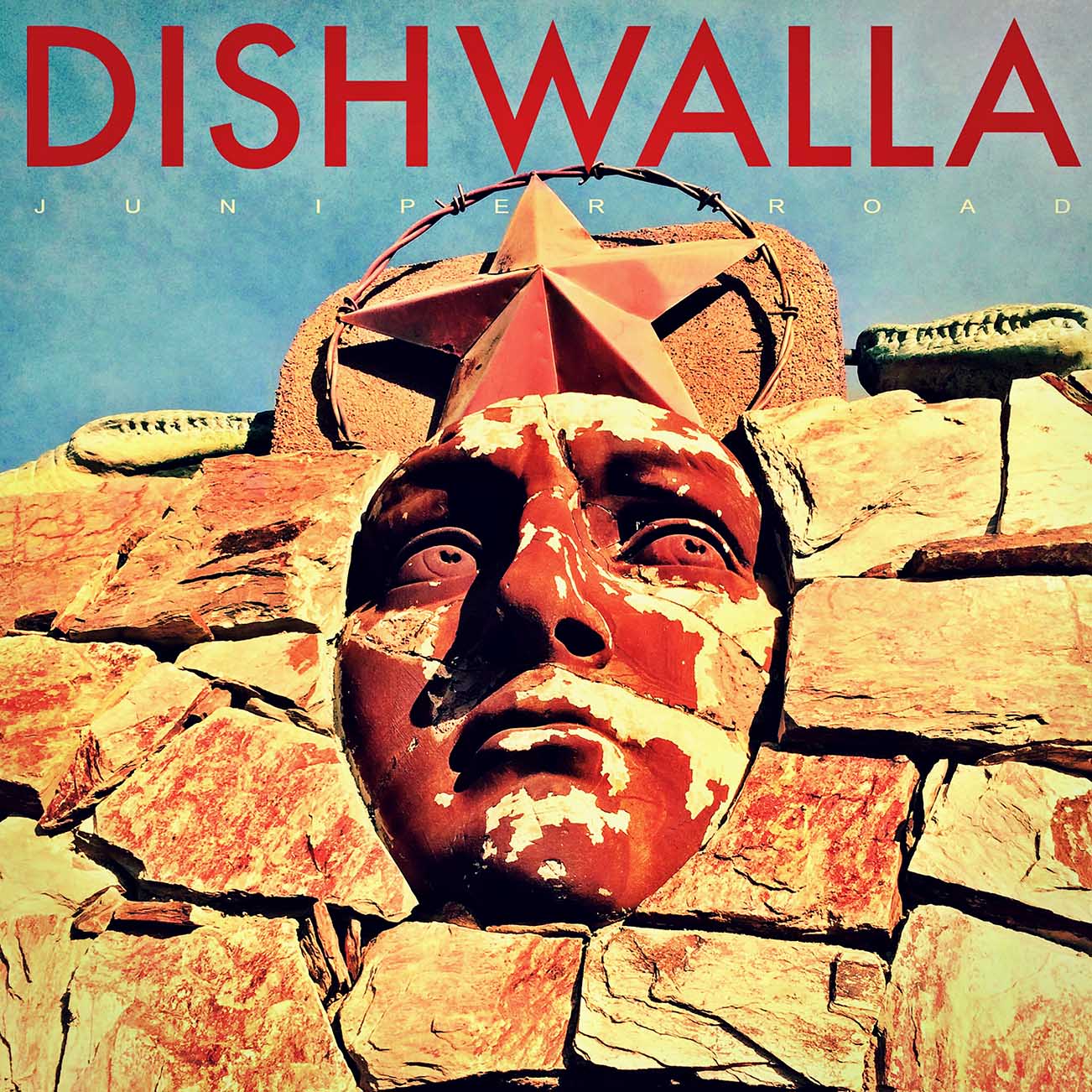 What about hobbies? How do you spend to spend your time away from music?
Alexander: Hobbies? Man, I wish I had the time! Because I spend so much of the time doing music stuff when I do have free time it’s generally with my family, hiking, camping or snowboarding. I’ve got a road bike, so I love to take off cycling when I can. I still skateboard and will go surf if I have time when I go back home to Santa Barbara for a visit (which is rare).

Dishwalla is one of a handful of prominent bands to be signed out of Santa Barbara, Nerf Herder and Toad The Wet Sprocket being other bands to come to mind. Who’s the best band from Santa Barbara that our readers may not know about?
Alexander: Man, there were SO many great bands that came out of there during the 90’s and still continue to come out of that town it’s crazy. Ugly Kid Joe, The Ataris, Sugarcult, Lagwagon, Katy Perry, Rebelution, etc, etc.

I really don’t know who’s next out of there, but my favs didn’t quite get the recognition they deserved: Summercamp. Album Pure Juice is a pop-rock masterpiece. Wasted Tape. Just incredible musicianship and songwriting. The Woodburning Project, probably my favorite band out of there from the 90’s. Glen Phillips from Toad would probably agree; he used to cover a few of their songs live acoustic.

Finally, Scot, any last words for the kids?
Alexander: Going on the assumption it’s pretty much Dishwalla fans reading this, I just want to thank everyone for keeping this going and supporting us. It’s crazy, never would have thought we’d still be going — again — after 20+ years, but I’ll take it! (laughs) Best to you!

Check out the song “Counting Blue Cars” live on 92.9 KJEE