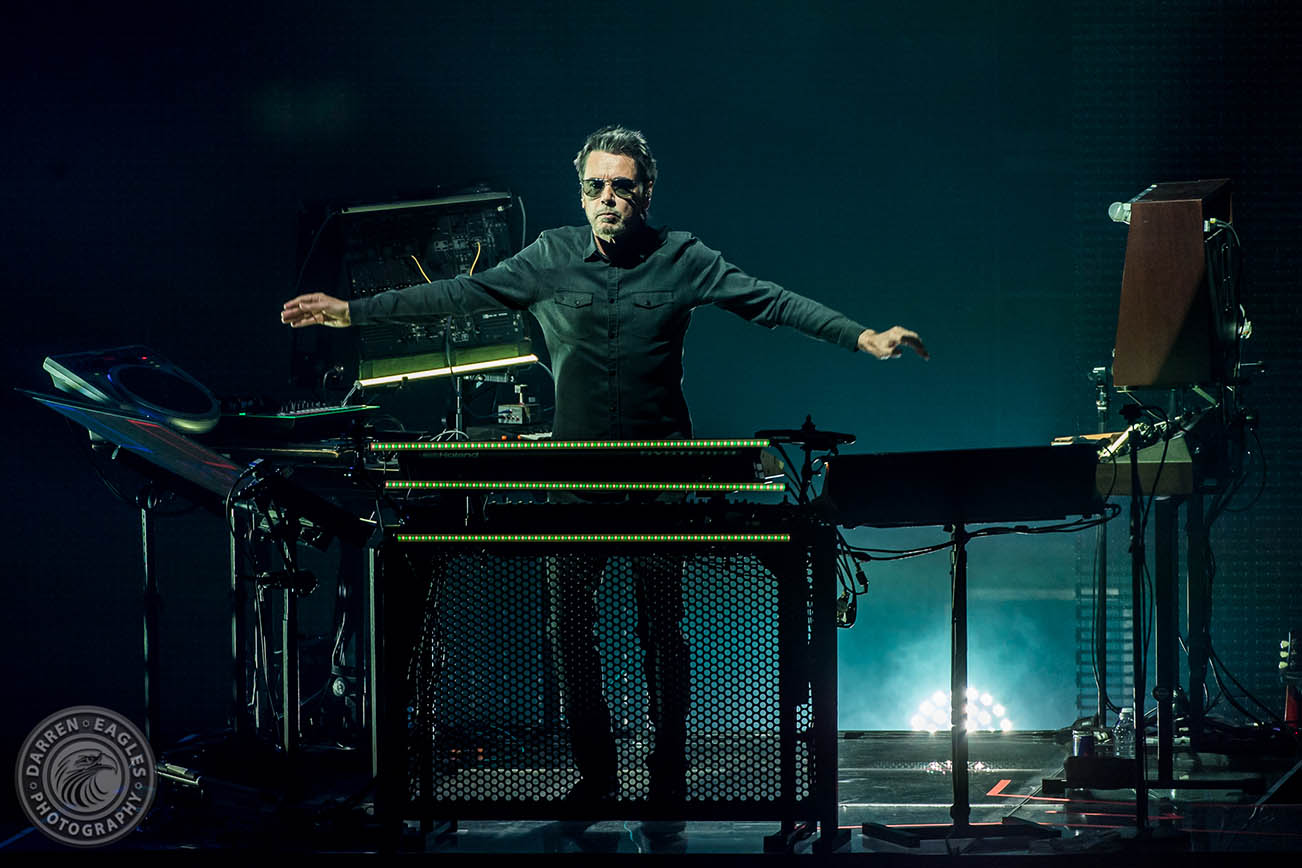 Jean-Michel Jarre @ Sony Centre for the Performing Arts (Toronto, ON) on May 9, 2017 [Photos & Show Review]

Canada finally got a chance to see iconic French composer and electronic music pioneer Jean-Michel Jarre live in concert for the first time ever this past Tuesday night in Toronto. Actually, it was the first show ever in North America and the Sony Centre patrons packed the house accordingly.

Jarre, who’s been making electronic music for the past 40 years, long before the Electronic Dance Music craze that spawned countless festivals every year, tours extensively in other parts of the world, and is also known for his one-off large scale concert extravaganzas, sometimes with attendance in the million plus range. The Sony centre offered a perfect acoustic space to showcase Jarre’s trademark otherworldly soundscapes but still small enough to feel somewhat intimate. Hats off to the sound engineer who put the show together as well. The experience went from seat shaking and thundering bass to tinkling bells and whispering strings, and back again, with perfectly exquisite accuracy.

Jarre also brought along his extensive stage lighting show which was spectacular to witness. Large video grids moved on tracks throughout the night, sometimes covering the whole band and showed everything from Edward Snowden speaking about some of the world’s issues, to live video transmitted from a camera mounted to Jarre’s eyeglasses, and various other cameras mounted on Jarre’s “kitchen” of electronic gear. He referred to himself as a chef, in his kitchen, cooking up the ingredients that make his masterpieces.

His touring band is made up of two Canadian multi-instrumentalists; Both of them expertly added their touch of percussion and lush sounding keyboards to Jarre’s recipes. Jarre, a multi-instrumentalist himself, came out from behind his centre stage cockpit to play the keytar on “Brick England” and “Zoolookologie”, and a starburst Les Paul guitar on “Conquistador”. Crowd favourites included the epic hit “Oxygène 2” and “4” as well as “Zero Gravity” which was a visual explosion of light, laser and video harkening back to the monster stage shows from Pink Floyd.

The main set ended with Jarre playing “The Time Machine” on his Laser Harp at the edge of the stage front. The setlist for the 110-minute show was 23 songs long including a 3 song encore and went by in an instant. The show was nothing short of mesmerising and hopefully Jarre doesn’t wait so long to return to the area. This tour is not to be missed for anyone who craves old school electronic sounds, played by virtuoso musicians. But act fast, because the tour is short, with only 9 shows in Canada and the US.