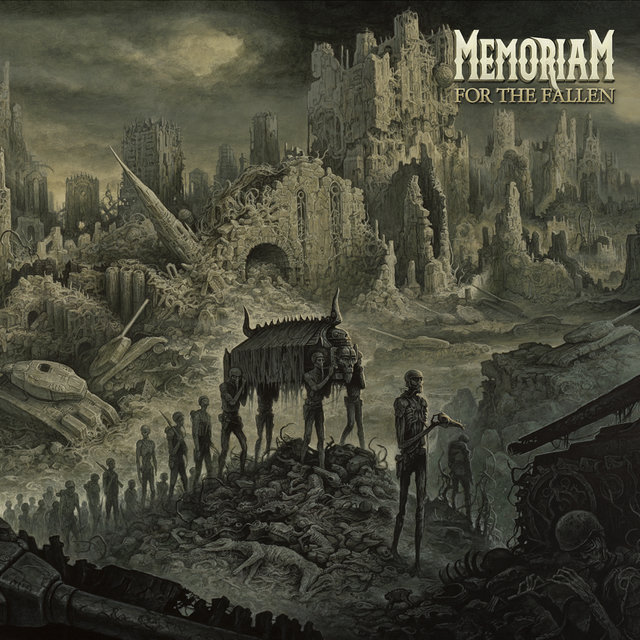 Just under a year and a half ago, a group of death metal alumni decided to get together as a way to say goodbye to a fallen comrade. It also wasn’t that long ago that I reviewed The Hellfire Demos II which contained one song which is present on this new, magnificent debut. Now, this marvellous old-school outfit, with members of both Bolt Thrower and Benediction, have released their long-awaited album, and it is good.

From the time you hear Memoriam’s namesake cut open proceedings, you’re whisked back to the late ’80s, early 90s. This, ladies and gentlemen, is true O.G. death metal. Purpose overrides flash, emotional substance overrides seeking favour; the retaking of an oath to preserve the pure. “War Rages On”, “Corrupted System”, “Flatline”, “Resistance”; every song a chapter and missive detailing the decay of our existence. Willetts and company make it seem easy, only because by now it is.

It’s hard to try and describe this in terms of “this is the best thing ever”, or “it makes other acts of the genre pale in comparison.” If nothing else, one should consider this an homage of love and a reminder of from whence this genre came. True crusaders not afraid to advance into the future along with everyone else; very aware of all the uncertainties and problems ahead. Let all who own this (or at least hears it) think of our fallen, as we bow our head, fist raised and forge forward once again.

For The Fallen Track Listing:

Check out the lyric video for the song “Resistance”