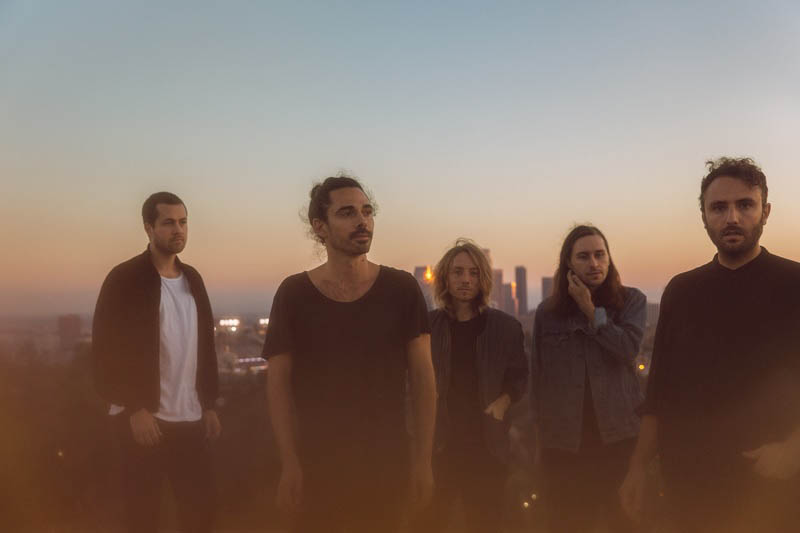 I was lucky enough to see LA indie rockers LA Natives, with openers Little Scream, kick off their North American tour at the Danforth Music Hall in Toronto on March 16th. Little Scream, despite their initial nervousness (the lead singer requested that the crowd do a power pose with her, and they gleefully agreed) did a great job warming up the room and introducing their eclectic, joyful music to a new audience. The reception was much warmer than I’ve seen to other opening bands, and for good reason.

The reception to Local Natives, however, eclipsed it. Their third and latest album, Sunlit Youth, has a much more electronic, dance-y feel than the previous two, and as soon as the band arrived on stage, it was clear that both they and the crowd were ready to party. They perfectly matched their audience: a group of young hipsters, one of them wearing a beanie and another wearing a cardigan. (The only thing that was missing: big, thick-rimmed glasses, which the audience sported in abundance.) As they opened up with “Past Lives,” the second song from their most recent album, the crowd immediately got fired up.

It was clear that they were concert veterans. Throughout the show, Taylor Rice, the main singer, kept up a dialogue with the crowd, telling them how the last time he was in Toronto he asked the concertgoers how they were liking Vancover (ouch!) and how he was overjoyed at the warm welcome they had received here at the beginning of their tour (despite the 33-degree difference in temperature).

Impressively, he also leapt into the crowd twice: during “Villainy,” the first song off their latest album and the third they played, as well as during “Sun Hands,” the last song of the night. He also somehow managed to sing perfectly during his crowdsurfing—wow.

I was similarly impressed when they mentioned that a dollar from each ticket would be donated to foundations that prevented violence against women, something that I at least was happy about. It’s rare to encounter indie bands that take a strong stance on politics. In this day and age, it felt like a refreshing change that they were willing to do so. This is also reflected in the lyrics of some of their songs, notably “Masters” (“Not afraid to call yourself a feminist”) and “Fountain of Youth” (“I have waited so long, Ms. President”), which I couldn’t help but appreciate.

As the music shifted from “Jellyfish,” an anthem to those one-minute subway loves, through to “You & I,” a plaintive chant to the one who got away, the girls around me kept dancing. As I looked around, I could see no one who looked ess than absorbed in the music that was pounding all around us. The bright, neon-coloured lights gave their songs a trippy, psychedelic feel, which reflected the biggest difference between their latest album and the rest. However, the songs they played from their two older albums (most notably, “Who Knows Who Cares”) still felt well-integrated with the rest of their set.

Overall, I was impressed. I had entered the venue with an open mind and emerged a definite fan. Their show was fun and danceable with a feminist, political undertone—who can ask for more?

Check out the video for the song “Dark Days”