One Less Reason, the Memphis, TN-based modern rock band founded and fronted by lead singer Cris Brown, released their studio album The Memories Uninvited (purchase your copy here) today, August, 19, 2016, and it’s damn killer! The 11-track offer is a must-hear and thankfully, we snagged some time with Cris to discuss the new music, band’s history, tattoos, and much more!

For those not familiar with your One Less Reason, can you tell us a little bit about yourselves?
Brown: We are a rock band that originated in Jackson, Tennessee but we all reside in Memphis as of now. We play lyric-driven rock music that has something to say lyrically and emotionally.

Your new LP The Memories Uninvited is about to be released. Now that it is complete how do you feel about it, and what has been the response so far?
Brown: I love the record. It is the most complete feeling record the made to date. There isn’t a song on the record that doesn’t please me in some way. All the chapters are in the right spots and it really plays well from beginning to the end. The early reviews on the record have been fantastic. No complaints so far.

What is your writing process like?
Brown: Every song starts off with myself (Cris) writing it on an acoustic or a piano and then everything is added to it. So all songs are written and produced by Cris Brown. 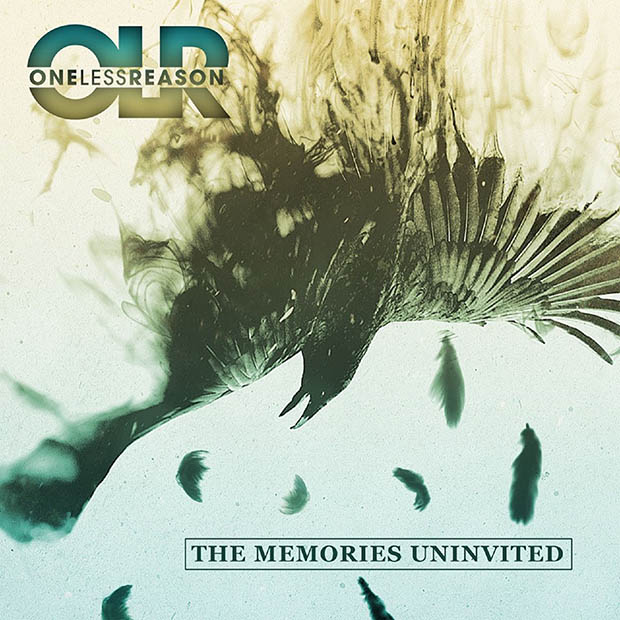 When you write, do you do so with the live setting in mind or do you write a song just for the song’s sake?
Brown: No, it’s never thought about in the writing process because what if we say, “Well – you can’t have a string part here because we can’t carry an orchestra with us live….” that would stifle creativity. Truth be told, as long as the guys on stage know the parts and you have a great front of house guy that knows the music, just about anything is possible to pull off. And we have a guy named JJ that’s been with the band for 7 years now front of house and he owns it.

What’s the story behind the name of the band?
Brown: We were a hardcore band and we went to Atlanta to work with a producer named Rick Beato. He heard me sing in pre-production and was like “Why are you screaming when you can sing like that, are you stupid?” So we came out sounding like a whole different band which pissed off a lot of our older fans…. One Less Reason was picked because it was one less reason to be what they wanted us to be.

What is the story behind the name of the new LP?
Brown: The Memories Uninvited – The album name came from those things that keep you awake at night when you’re tossing in your bed. It’s a reflective record from the past of things you either should have done, wished you done, would have said, should have said. The person you didn’t say ‘Bye’ to because you never got the chance. It’s all just based off of that. It’s a reflection of life that we’ve already lived…That we’re not going to get to change anything about, no matter what we do. No matter how much money you make, no matter how famous you get, no matter what you do in life…. You’re not going to be able to change things you’ve done in your past.

You have toured the U.S. Is there anywhere you would like to go that you have not been, especially outside the U.S.?
Brown: We want the UK. We sell so many records there and the people there have been so supportive of us for so many years – so that’s definitely on the list this time around!

Check out the song “Break Me”

What’s the Rock scene like in Memphis? Do you receive a lot of support from your local scene and fans in general?
Brown: The rock scene in Memphis was once upon a time a BEAST!! There were shows every night and it was all backed by this station called WMFS-FM and no matter who was playing it was always slammed and there were so many bands. Now the bands are few and far between and most people just want to be DJs… So the scene has suffered. Memphis is very good to us as well as Jackson, TN which is where we originated. Those people are our base because they believed in us before anyone else.

Do you have any rituals before you hit the stage? If so, what are they?
Brown: I would say we are about as boring bunch of guys pre-show as you would ever come across. Part of the band will be talking about this guitar lick that is amazing and a guitar needing out in another spot. Another band member will be talking about the trade tariffs being passed through the senate while no one’s watching and how it’s going to screw us in the long run as a country. So the topics vary wildly. That’s pretty much the gist of it and then when it’s time for business we are ready. We’ve been doing this a long time. 🙂

You’ve announced some dates with Sick Puppies in September. Do you have any other touring plans in the works to support The Memories Uninvited?
Brown: Yes! We will be out for the next year or more pushing this record and we aim to leave no stone unturned this time around. We’re going every place in the world that people want to hear us play!

What is the strangest thing that has happened to you on tour, or at one of your shows?
Brown: I would say being in Ohio and someone broke into our trailer and stole all of our gear. We had two days off and we went “Junior detective” on everyone that we thought could have had something to do with it… We made all the right threats in all the right places and BOOM! Our gear ended up being placed behind a dumpster at a local Dennys restaurant. I really don’t think they were ready for the wrath that ensued! 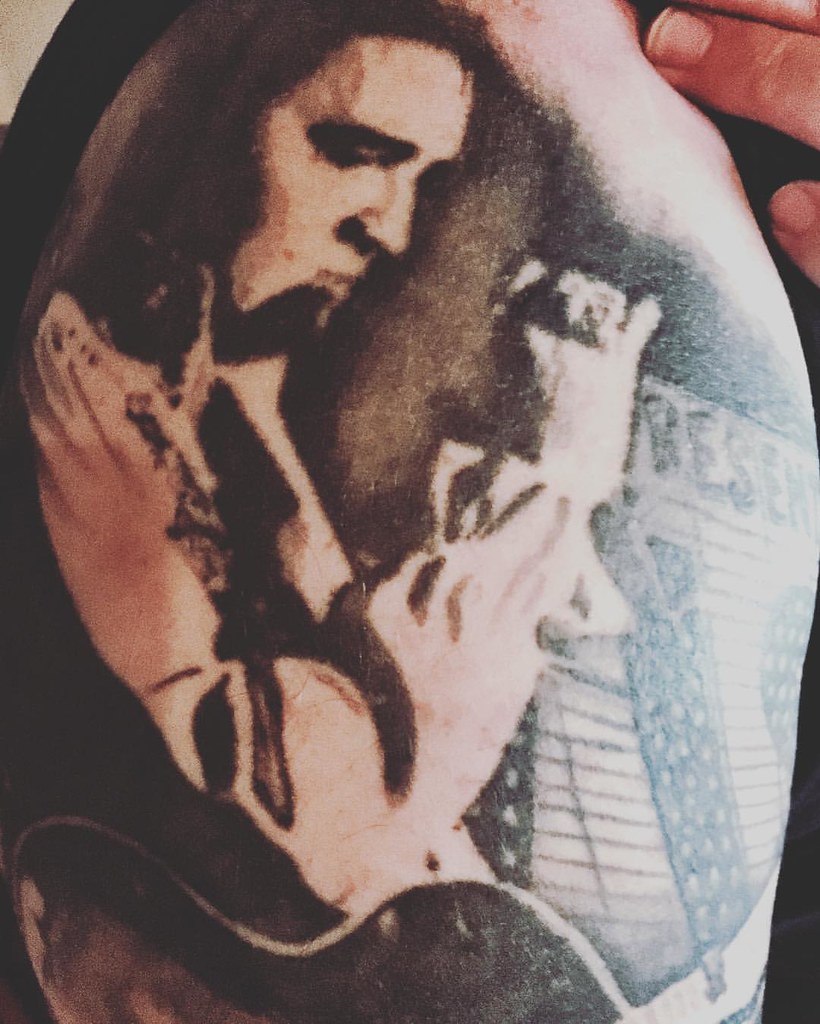 What has been the most memorable moment of your career so far?
Brown: Honestly, the first time I paid my bills from playing music. That excitement dulls over the years but when you hit that milestone in your career and all of your bills are paid from music you created…. that is the best feeling in the world.

When, where and what was your first tattoo?
Brown: My first tattoo was in Humboldt, TN and it was a tree of life that I put on my wrist and that was 2003 I believe. It seemed cool at the time and now I think… I wonder how hard it would be to get that thing taken off and start over? LOL

Do any of your tattoos have a particularly special meaning behind them? If so, do share man!
Brown: At one point in my life we had been on the road for 5 or 6 years straight and I was so burned out singing these songs and playing the same thing every night of the week and I found this picture of Elvis and he is looking at the mic like I really don’t want to sing these songs again tonight and at that point I realized, yes, I’m blessed to do this as my job, but at the same time everyone deserves a break and so I had that tattooed into my skin by a guy named Noah Morris. He actually did it with a casted hand. (See photo)

Do you have a specific shop or artist that you frequent (insert shameless plug time!)?
Brown: All of my tattoos, GOOD tattoos, were done by Noah Morris at Regicide Tattoos in Dyersburg, TN.