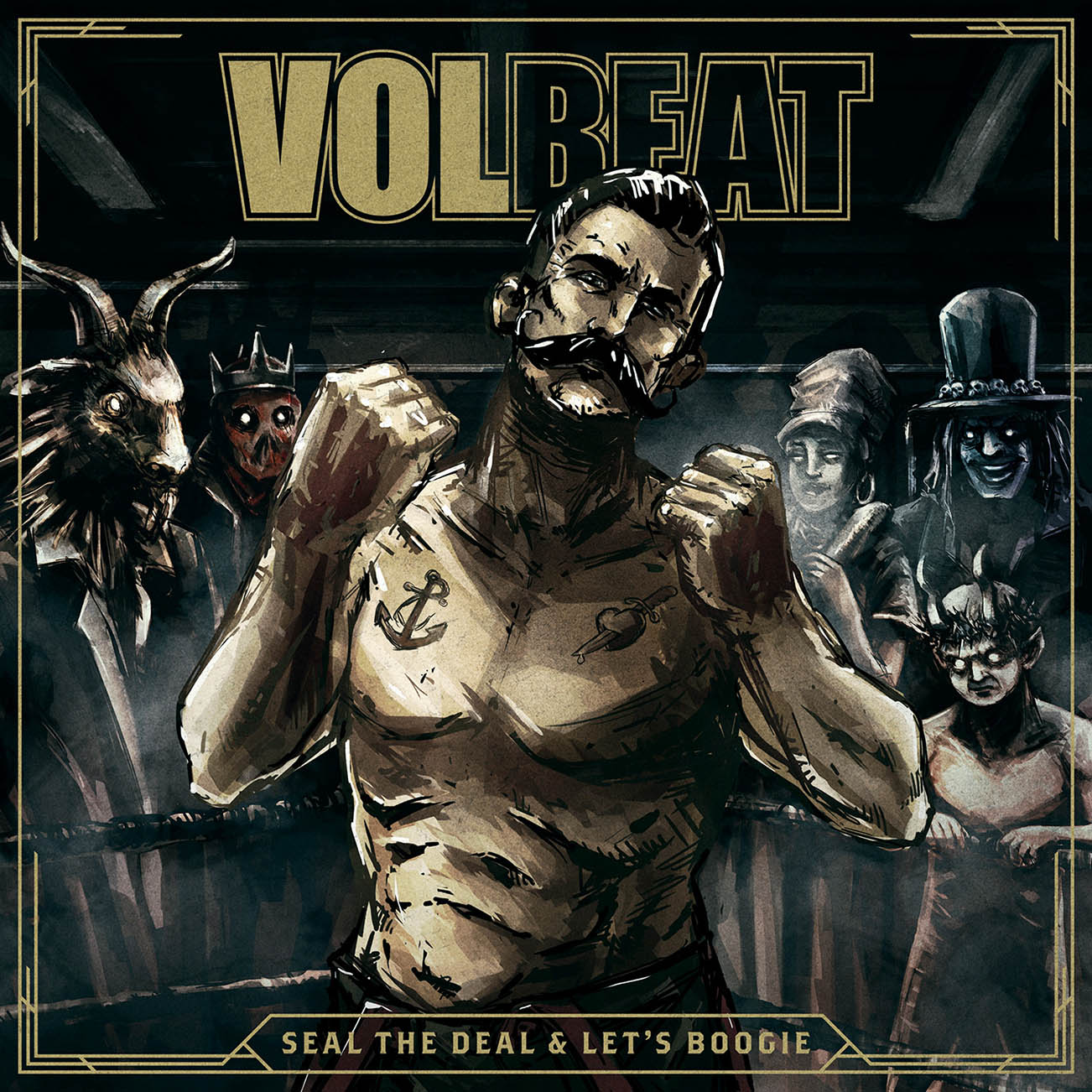 Following up from 2013’s triumphant Outlaw Gentlemen & Shady Ladies, Volbeat once again deliver the goods with their latest contribution to the world of rock, Seal the Deal & Let’s Boogie. Volbeat are the sort of band who gain fans from all that listen in, in fact I can never fully understand the logic behind someone who states they don’t like them!

With the addition of ex-Anthrax guitarist Rob Caggiano in 2013, the band have gone from strength to strength thanks to his unmistakable shreds and riffs which add to Volbeat’s already unique sound thereby perfecting their craft. The main topic of the album stems from spirituality which itself is quite a contrast from the title. Don’t let this fool you though, it may touch on this subject but it is in no way a preachy album.

Opening the recording is “The Devils Bleeding Crown” and what a way to open! Thumping bass drums, thunderous bass lines and the distinct sound of Caggiano’s guitar all hit you before vocalist Michael Poulson’s hypnotic voice carries the tune forward. Right from the start, you do simply feel the need to boogie! Following an already strong start comes “Marie Laveau”, once again filled with fantastic guitar riffs that will have you air guitaring whilst you think no one is looking.

Seal the Deal & Let’s Boogie also guests Johan Olson on “For Evigt” and Danko Jones on “Black Rose” both of which are strong contributors to what is already a seamlessly brilliant album. Given the strength of this release it is extremely difficult to pick any standout tracks but, if forced to choose, it would have to be “Let it Burn”, “Black Rose” and “The Bliss”.

Volbeat have simply not slipped in their ability to deliver a thought provoking, rock n’ roll extravaganza you can’t help but dance to. If Seal The Deal & Let’s Boogie doesn’t lead the band to superstardom, quite frankly I don’t know what will!

Check out the track “The Devil’s Bleeding Crown”