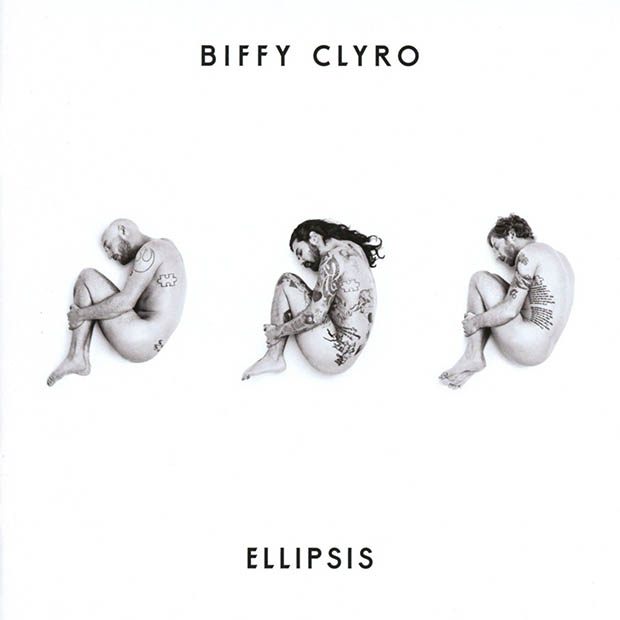 There were more than a few raised eyebrows amongst the rock community when Biffy Clyro headlined Sonisphere Festival a few years ago. Since then, like Muse, Biffy Clyro have gone on to become one of the bright lights of the British rock scene and, with the release of Ellipsis, the Scottish band have directed their sweat-drenched rock sound more towards the mainstream end of the spectrum than ever before.

Listening to the album, while it’s certainly more diverse than anything the Scottish three-piece have done before, it just feels like the sound has been sucked dry of all the grittiness. Harking back to that Sonisphere gig as a reference point, that night it seemed like the rock/metal crowd finally got what Biffy Clyro were about but, listening to tracks like “Friends And Enemies” and “Medicine”, the sweat and guitar trashing rock seems to have been replaced with safe, moderately edgy arena rock.

Don’t get me wrong, I’m sure the material will be at home in the sterile surroundings of enormous venues the band will be packing out over the next eighteen months but, there are just times like “On A Bang” when you want frontman Simon Neil and his bandmates to just let rip and, well, they just don’t.

The strangest thing about listening to Neil’s mildly disturbing lyrics on “Medicine”, words like “safe” and “comfortable”, words that have bandied about by the media, seem to be the most accurate, as they are for a good percentage of Ellipsis. Basically, Ellipsis is an album from a band who, like Muse, are seeing their sound and their career head in a very different direction.

Check out the track “Animal Style”