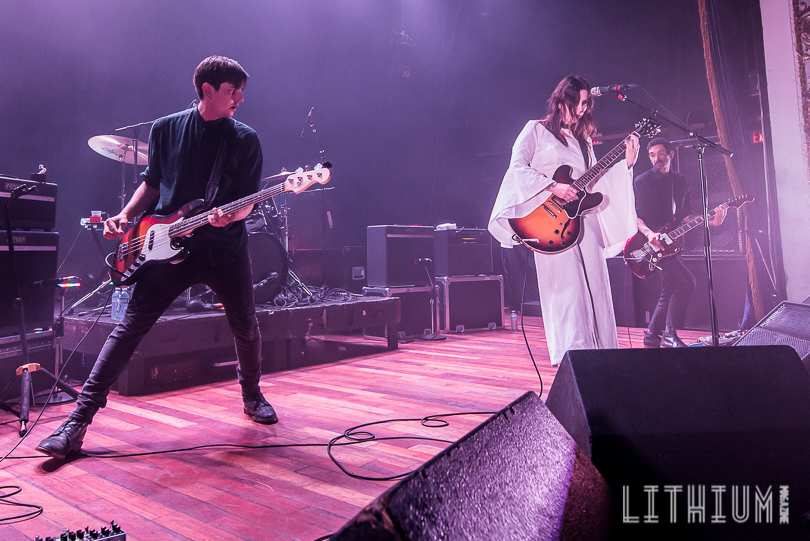 Sargent House recording artist Chelsea Wolfe brought her genre-swapping brand of sometimes Sherman tank heavy, sometimes Joni Mitchell folk, to the Opera House on Toronto of this past week.  Dressed in an ankle length, pure white flowing robe, Wolfe alternated between her Gibson hollowbody and Fender Mustang guitars to weave her unique and compelling sound.  Opening the show with “Demons” from her Apocalypse album, the frantic guitar work and her heavily processed vocal sound set the tone for the evening.

Standout songs for the show were the haunting “Tracks (Tall Bodies)” where we got to see a fully lit Wolfe for the first time in the show, “Movie Screen” with Wolfe going a’ cappella with just her effects loop pedal for part of the song, and “House Of Metal” with bassist Ben Chisholm absolutely bear wrestling his instrument as he did for most of the show.  Wolfe has a vocal sound similar to Amy Lee from Evanescence, with her own twists and flavours resulting in a diverse range of styles to add to her personal songbook.

The 75-minute set showed “Halfsleeper” as the last song of the night, but after starting the song, Wolfe stopped during the intro and apologized as she couldn’t stop coughing.  She then finished up the set with “Hypnos” from her latest album Abyss.