Veteran Canadian punk rock trio, Dayglo Abortions, have been kicking it hard since their inception in 1979 and now, some 35+ years later, the band have returned with their first studio offering in twelve years! Produced by Rob Shallcross, Armageddon Survival Guide dropped on March 25, 2016 via Unrest Records and sees the band ripping it as hard as ever. Recently, guitarist and vocalist “The Cretin” Murray Acton took some time to list for us the TOP 10 reasons why Armageddon should be declared a national holiday.

10. No one ever knows which day Armageddon is supposed to be and we keep missing it. Declaring an official Armageddon day would prevent this.

09. Armageddon is apparently the end of everything, so going to work on that day would be pointless anyway.

08. It could unite the religions of the world by giving each one the chance to act out their own unique Armageddon scenarios.

07. Maybe Hilary Clinton will repent her life of evil doing for fear of missing the rapture.

06. Donald Trump will lose interest in being the President because being the Antichrist comes with more power. 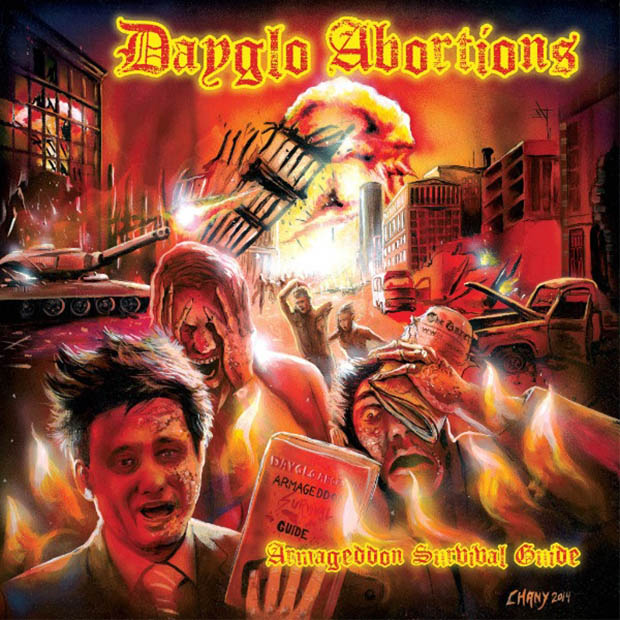 05. Black Metal would have a chance of becoming the accepted genre of mainstream pop.

04. We could stop feeling guilty about global warming.

03. It would no longer be taboo to shoot at UFOs.

02. The day before Armageddon, everyone would get laid.

01. It would probably help our record sales.

Check out the song “Cockroaches”