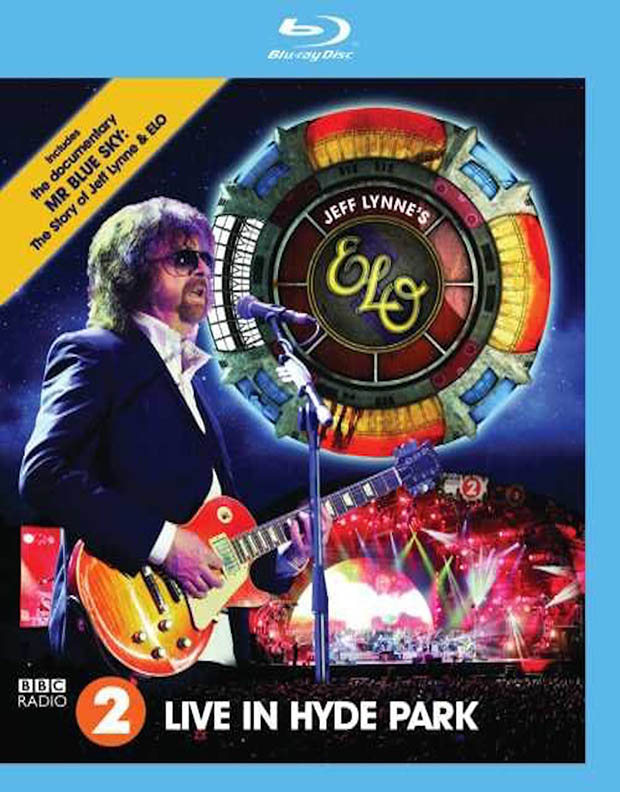 Live in Hyde Park was filmed in September of 2014 in front of a crowd of more than 50,000 and is nothing short of dazzling. Accompanied by an orchestra and a plethora of other highly-talented musicians, Lynne, a legendary musician and producer in his own right, leads the exuberant crowd on a journey through the highlights of the Electric Light Orchestra catalog.

I am a fan of the band and, to be honest, forgot how many big hits the group had. As soon as they started playing “Ma-Ma Belle,” “Sweet Talkin’ Woman,” and a few others, however, I found myself singing right along with the capacity crowd in Hyde Park. Of course fan favorites like “Don’t Bring Me Down,” “Evil Woman” and “Strange Magic” are also included in the set and, as you might expect, they are met with roaring applause and smiles all around

This Blu-ray is terrific and captures the true essence of an ELO show; it is pure singalong fun with 50,000 of your closets friends. The video quality is fantastic and the Dolby Digital Audio is crisp and clean allowing the listener to crank it up and immerse themselves in the show from the comfort of their own living room.

Also included on the disc is “Mr. Blue Sky,” a feature length bonus track that tells the story of Jeff Lynne spanning his career with ELO, The Traveling Wilburys and as a producer extraordinaire.

Check out the video for “Mr. Blue Sky”