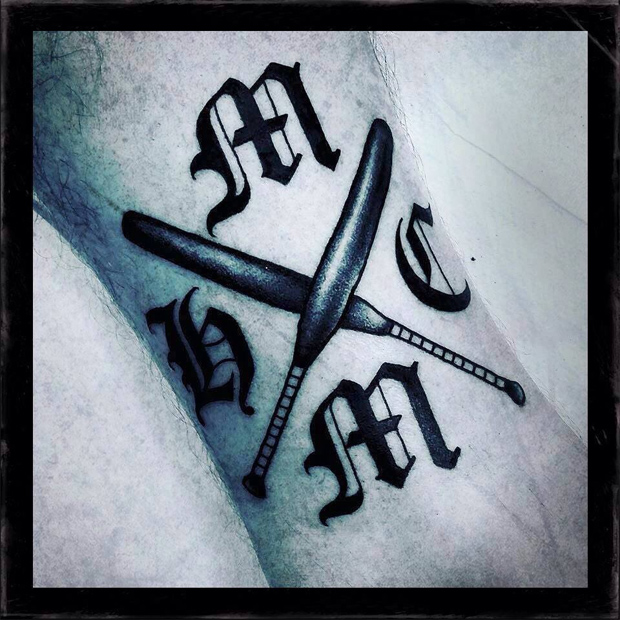 For a long time the underground UKHC scene produced a lot of quality bands; the punk snarlings of Knuckledust, the relentless Slayer-inspired rage of Stampin’ Ground, and the brutish hardcore of Freebase. Even now the punk/hardcore scene has spawned bands like Gallows who have gone on to make a name for themselves across the globe with their ferocious sounds. However, while the success of bands like Gallows is filling column inches in the mainstream press, the UK underground continues to bubble along, producing a production line of bands who just want to get out there and play their raging sounds in grotty venues across the land.

Murder Mile are one of those groups, and, as their MMHC EP demonstrates, the UK hardcore underground has lost none of that organic feel which has been its lifeline for decades now. Five tracks of nasty, uncompromising punk-inspired hardcore rage is what’s on the menu for this EP and Murder Mile deliver it up in fine fashion. Raw, unpolished riffs spit at you as tracks like “Burn The Hag” and the blistering “Deathwish” are smashed out with feral intensity.

The UKHC scene always had a reputation for being an intimidating place for the outsider. Looking at the baseball bats that adorn the artwork of this EP and listening to the in-your-face rage demonstrated by Murder Mile, it’s safe to say that acts like this are well on their way to keeping that reputation intact.

Check out the album ‘MMHC’ here.