Lowdown Tracks is easily one of the best films I’ve seen all year. It gives the world a little look into the lives of those who are ignored, avoided, overlooked, and walked past every single day — street musicians. I have been guilty of walking past street musicians without so much as a second glance, but that is definitely not the case anymore.

Field recordings from the Great Depression had moved Lorraine Segato so deeply that she was inspired to start a similar project of her own and record the songs written by a few street musicians from Toronto. The recording of these songs is the basis for Lowdown Tracks, but the film is so much more than a look at an in-studio session.

Listening to the stories of these musicians and hearing them talk about what they have experienced on the streets is heartbreaking, but so many of them are full of hope and are optimistic that things can get better. Music has helped them cope with the difficult situation that they have been put into and has helped them in their healing process. Lowdown Tracks is the absolute best example of the power of music, because music is the only thing that these people can rely on and the only thing that is constant in their lives.

The film was incredible, and also incredibly emotional. When each musician went into the studio to record their song with a full band you could see how touched they were to be given such a chance, and that was very moving for the audience to watch. Many of the musicians were in tears when they heard the recording of their song for the first time, and I know I saw a few damp faces in the audience as well. What made the whole experience even more emotional was knowing that some of the musicians featured in the Lowdown Tracks were sitting in the audience watching the film. That was a very special feeling that I will never forget.

While they may not read this, I would like to personally thank Bruce Bathgate, Chris Dempster, Wendell “Woody’ Cormier, Maryanne Epp, Anthony Van Zant and Kate Budd for being so candid, putting their soul into their art and sharing their experiences as street musicians. They are all incredible talents and phenomenal human beings. Maryanne Epp said it best: “everyone who’s homeless has all kinds of beautiful potential.” 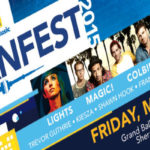 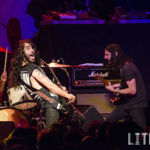