Alex Campbell, guitarist for the Austin, TX-based modern rock band Seek Irony, recently chatted with us about some of his gear. The group just released their debut album Tech N’ Roll, which we also reviewed here, and are getting a ton of positive press. Campbell, who is also in the Progressive Hall of Fame plus has received several Grammy nominations in Music Education, chatted about his love for the Boss GT-100 COSM Amp Effects Processor.

What one piece of gear do you use to obtain your signature sound?
Campbell: My Boss GT-100 is by far the most vital piece of gear I use. Everything you hear at a Seek Irony show, guitar-wise, comes from this unit. You’ll notice I run two cabs/heads in stereo, but the heads are dialed to be as clean as possible. This way, I have the freedom to program and EQ the GT-100 in any way I want to.

What about it makes it so important to you?
Campbell: The GT-100 is insanely versatile and works with every situation, such as live, studio and even in film scoring. Apart from the standard uses of clean, crunchy, and lead tones, I get to really experiment with it in Seek Irony. There is a solo on “Skin 2 Skin” where I’ve programmed a ring mod with a sub delay and auto-wah. There is an extra stereo delay that repeats at different intervals from my two cabs, giving a wide and chaotic effect. One of the best things about it for live use is the ability to automate the volume for each patch. Rhythm patches are at a lower volume to compliment the band while the leads are set at +5 dB boost.

How was this gear used during the recording of your latest album?
Campbell: The entire album was recorded with my GT-100, except for the verses of “She,” which used a Kemper. I did have two cabinets set up, again in stereo, but they were literally only there for the extra breath of the room. 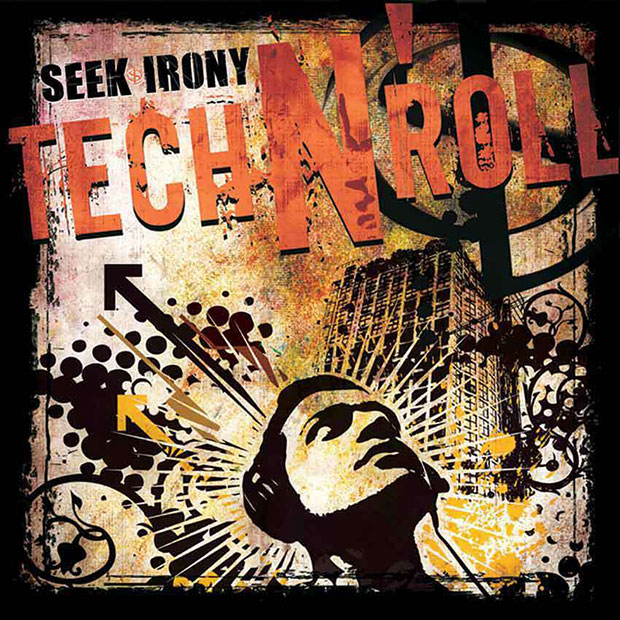 How do you recreate your album (guitar/vocal/bass) tones in your live set?
Campbell: The joy of the GT-100 is that I didn’t have to recreate anything. While rehearsing and recording the album, I was able to program everything before live performances. I make a few tweaks and experiment here and there, but you more or less get the album tones live.

What are the major pros and cons?
Campbell: The pros would be, like I said earlier, that it is so versatile. You can program and adjust it for literally anything. There are digital cabs, mic placements, and a signal chain that you can mess with. You also have access to the online patch bay and Boss Tone Studio for swapping patches with professionals and hobbyists alike. I’ve used Boss processors for a long time, so I’m used to some may feel are downsides. I’m totally happy with it.

Do you have a backup for this gear, if so, what?
Campbell: I do have a backup rig, my Boss GT-8, though it isn’t as powerful as the GT-100. If my GT-100 were to fail for some reason or get damaged, I’d use the GT-8 as an alternative. I wouldn’t get all of the effects I use, but it would definitely be close enough.

How long have you had it, how do you use it, would you ever change it?
Campbell: I’ve had my GT-100 since late 2012. I use it as essentially my whole rig, with my cabinets just acting as projection. I try to stay up to date with everything Boss does. I have their ME-50, ME-70, GR-33, GT-8, and GT-100, so I will get the next edition. It always requires a couple weeks of reprogramming, but their processors always get better and better.

Give us your best “gear goes wrong” story.
Campbell: This actually happened fairly recently. Seek Irony was on tour and playing in San Angelo, TX and we had the option to add an extra sub to the PA. Seek Irony has some pretty heavy electronica and our keyboardist, Mikael, loves to boost it when he can. So, we go on and the subs are massive. I keep the sensitivity on my GT-100’s expression pedal rather light and the subs were shaking the pedal into turning on the wah! The whole night I was running back and forth to turn off the wah. I wouldn’t say it is necessarily that the “gear went wrong”, but definitely that the subs created a user error!

Any final thoughts or comments on the gear?
Campbell: While I’ve stuck with Roland/Boss since around 2006, I honestly can’t think of a piece of gear more suited to my needs. The interface is intuitive and the tones/effects are beautiful and malleable. I come from the classic world of stomping on things on stage and the GT-100 lets me do just that. Love it!

Check out the song “Devil In Me” here. 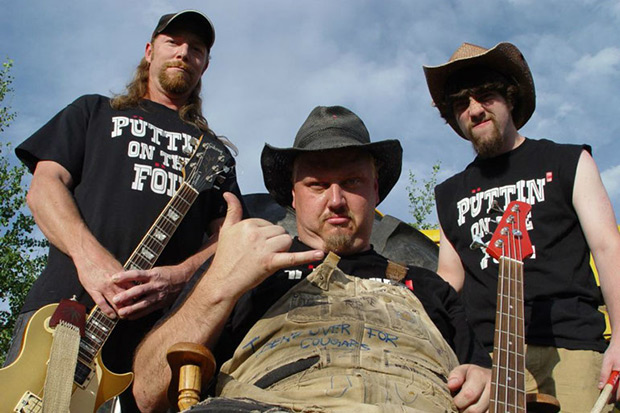 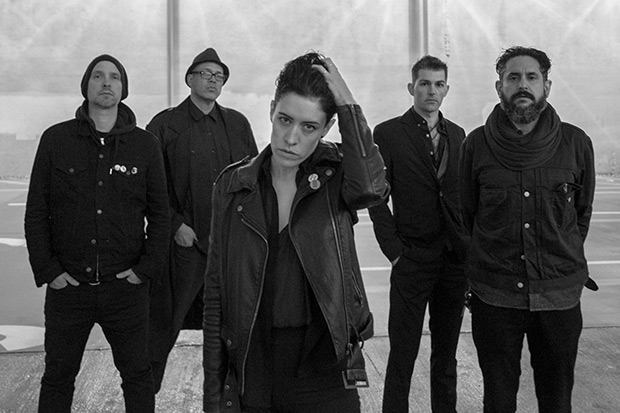