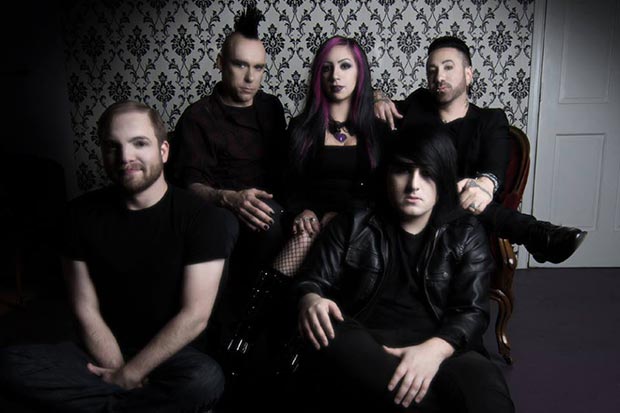 Rick Siegfried, drummer for the hard rock act Requiem, recently took a moment out of his busy schedule to answer some Purely Provocative questions for PureGrainAudio. The band’s first studio album The Unexplainable Truth was released on October 28th, 2014 by Cleopatra Records and as such the group are pushing hard to promote their new music.

Most public situation you’ve projectile vomited?
Siegfried: Once at lunch during my freshman year of high school, I laughed so hard that I puked. I was sitting next to my new girlfriend of about a week. Yeah, she was totally into it.

Weirdest place you’ve ever taken a shit?
Siegfried: A toilet is pretty weird. You’re pooping into a ceramic bowl that sends it off to be collected at some man-made poo collecting facility.

Have you ever tasted someone else’s blood – when, how who?
Siegfried: Nope, I am not metal enough.

Ever intentionally spit on fans?
Siegfried: There are 3 answers to this….

Grossest chick you’ve ever hooked up with?
Siegfried: Your mom. 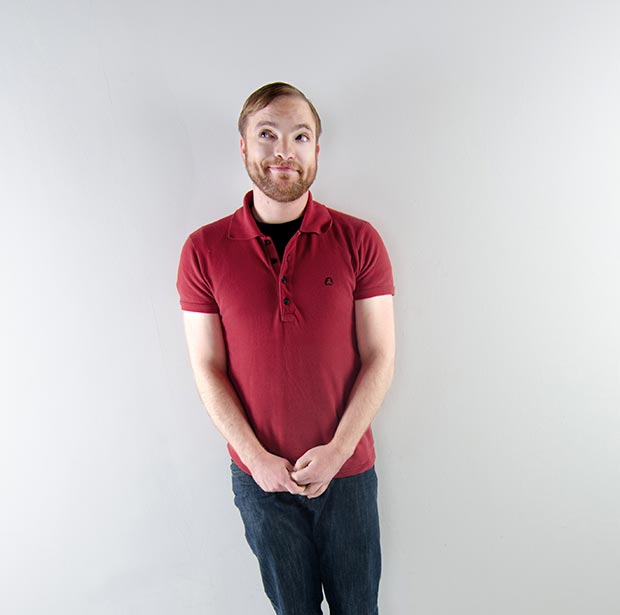 Most times you’ve had sex in “one sitting”?
Siegfried: Ask your mom.

Any near-death experiences?
Siegfried: When I was 24, I swan dove off of a two story balcony and landed on my face. I spent the next week in a mental ward because they thought I was suicidal. I had to watch 4th of July fireworks through a chain link window.

If you could choose, how would you die?
Siegfried: Guillotine. Open casket funeral. #metal

Has a fan ever really pissed you off? What happened?
Siegfried: I probably wouldn’t consider someone who really pissed me off a fan. I’d consider them a douche.

Do you bathe on tour? Is it regular? Do you take what you can get and do a wet-nap wipe if there’s no shower?
Siegfried: I sweat a stupid, ridiculous amount. Literally, I soak my throne through, fling sweat on my band mates while headbanging (I have short hair), and am dripping Niagara-style by the end of a set. Of course I shower. 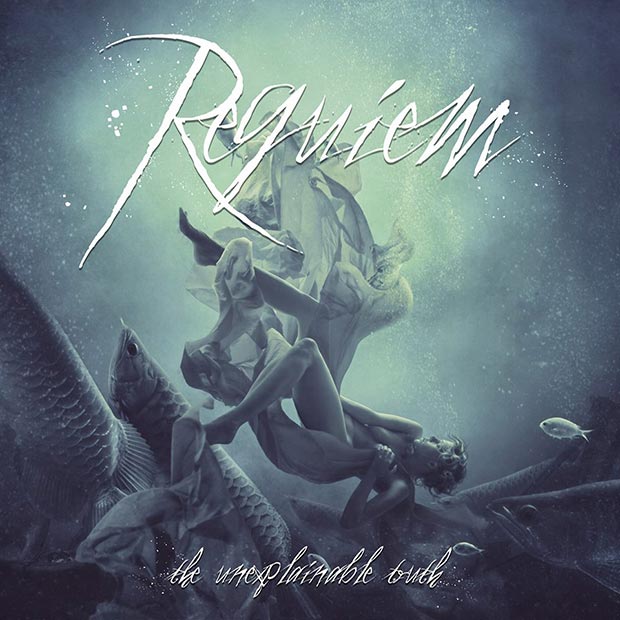 What’s one of the most fucked up things that’s happened to you as a musician?
Siegfried: Having someone tell me I’m the best drummer they’ve ever seen. That’s so ridiculous; there are hundreds of drummers out there that are far more talented than I am. Pick up “Hold Your Horse Is” by Hella and tell me that again.

If someone stole all your band’s gear, then you caught the dickwad and no one would ever know what happened next, what would you do to him?
Siegfried: Ever see “I Spit On Your Grave”?

What scares the absolute shit out of you?
Siegfried: Swimming in open water.

You find someone’s wallet in the street. It contains a ton of cash and/or a winning lottery ticket inside and their ID. What do you do?
Siegfried: Look for them on Facebook and contact them. If I can’t find them, I’d take it to a police station and turn it in. What kind of a piece of shit do you think I am?

Have you ever been too wasted to play live? What happened?
Siegfried: Don’t drink and drum.

Your instrument/gear (drums, guitar, etc.) has a catastrophic failure on-stage and you have no back-up, what do you do?
Siegfried: Power through it. If my entire drum set had some wacky failure and I just couldn’t play it in any way, shape, or form… I’d get really pissed off and probably drink my anger away.

Name some of your biggest pet peeves. You know… the ones that make you want to wreck shit!
Siegfried: Lack of timeliness (to be early is to be on time, to be on time is to be late, to be late is to be DEAD), Lack of respect for others’ time (people got places to be and shit to do, if you want to take your time, fine. But assuming that everyone else around you is as lackadaisical as you are is a dick move). 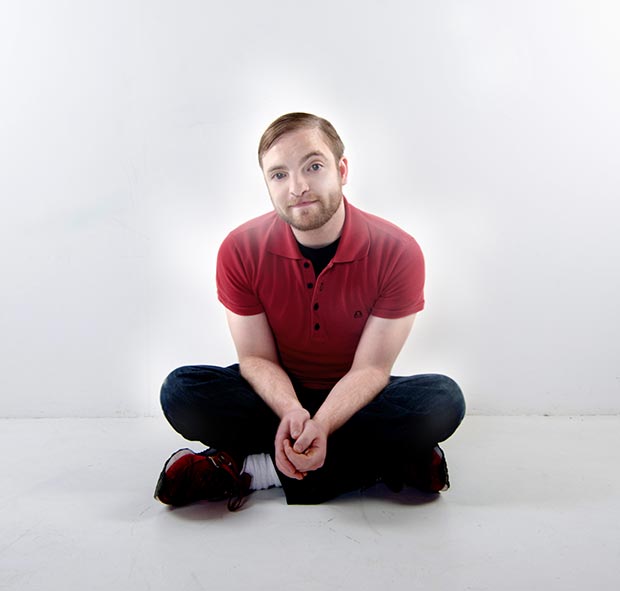 If there were zero repercussions to you, what one thing would you do that’s illegal or morally wrong?
Siegfried: Steal a Tesla Roadster and spend the day pretending I’m in Grand Theft Auto World.

Name someone you’d like to punch in his or her stupid face, and why.
Siegfried: I honestly can’t think of anyone off of the top of my head. If I put some thought into it, I’m assuming it’d probably end up being a politician.

If you weren’t a musician or totally in love with your job, you’d be….
Siegfried: An actor.

You kick everyone out of the band because you can replace them with any musician you want. Dead or alive, who do you recruit?
Siegfried: Steve: Chino Moreno, Jackie: Trent Reznor, Ryan: Devin Townsend, Finn: Les Claypool, and if I died, I’d expect them to get Brann Dailor.

How often have you/do you pirate music? What about Movies and TV shows?
Siegfried: I haven’t pirated music since Napster and I’ve never pirated a movie or TV show in my life.

What is your stance on the legalization of marijuana?
Siegfried: It’s not legal? Shit….

The NRA: Republican idiots or worthwhile organization?
Siegfried: Whatever. 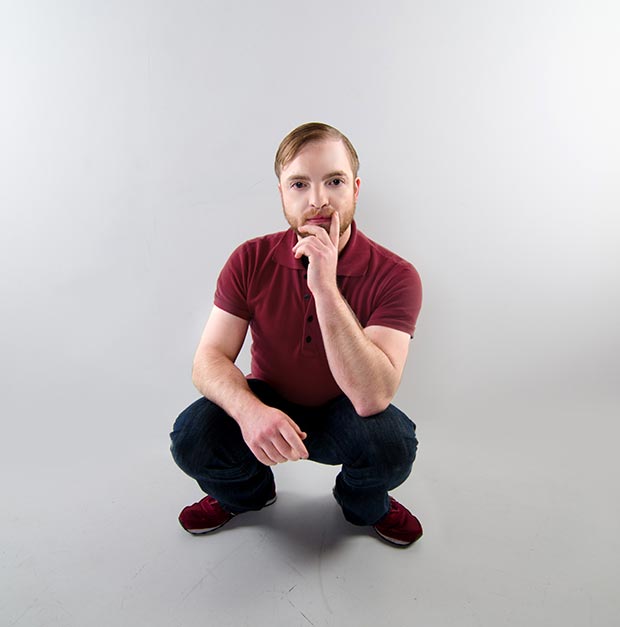 Describe when and how you lost your virginity.
Siegfried: Ask your mom.

Tell us about the worst lie you ever told someone.
Siegfried: Don’t worry, it’s not loaded.

When was the last time you cried and why?
Siegfried: Had a nervous breakdown a few days ago in a hotel room in Atlanta due to work stress.

Who is the biggest asshole you ever met and why?
Siegfried: Steven Juliano… 😉 Totally kidding, Buddy! <3 but seriously, um, I'm really not sure. I've met a lot of assholes, it's hard to tease out just one. Describe your wildest drug experience.
Siegfried: I plead the fifth.

What’s the creepiest thing a fan has ever done to you/creepiest encounter with a fan?
Siegfried: I guess I haven’t had very many fans as I’ve never exactly had anything “creepy” happen. #jinx #knockonwood

Check out the album ‘The Unexplainable Truth’