“In my past, I believed that in order to write I had to be pretty much demolished, emotionally.”

You may not know the name, but chances are you know the voice. At the 2012 Kennedy Center Honors, she performed a moving tribute to legendary bluesman Buddy Guy, singing “I’d Rather be Blind” with Jeff Beck accompanying her on guitar. She teamed up again with Beck at this year’s 2013 Crossroads festival, delivering Howlin’ Wolf’s “I Ain’t Superstitious” while surrounded by rock and roll royalty.

In 1999, Beth Hart was an emerging star, having released the hit “L.A. Song” from her sophomore release Screamin’ for My Supper on Atlantic Records. A few albums and a few notable hits later, Hart suddenly seemed to slip off the radar. After nearly losing her health and career to substance abuse and an untreated bipolar disorder, Hart is enjoying a remarkable comeback, creating new music and touring the world once again. Within the last year, the singer/songwriter has released two albums: Bang Bang Boom Boom, and Seesaw, a collaboration with guitarist Joe Bonamassa. Playing innumerable stages in cities all over the world, Hart is celebrating a success that means more to her than any amount of money, fortune, or fame.

Check out the video for the single “Bang Bang Boom Boom” here:

Bang Bang Boom Boom, released in April of this year, flaunts Hart’s talent as a composer and lyricist, in addition to her already-established talent as a singer and pianist. As Hart explains: “In my career, all of my records have always been eclectic. I think that’s because growing up, I loved every genre of music ever made. There’s a lot of influences from different genres and I love them all, pretty much equally. It’s really always been that way for me, but generally the records will lean either more rock or they would lean more singer/songwriter. With this record it tended to go a little more blues. There’s even some jazz in there. And then, of course, some of the style I’ve written in the past. It was important to me not that the lyrics be different, because for me, when I’m writing, the music dictates the lyrics. And the music always comes first. Most always, anyway.”

She continues: “But after I made Don’t Explain with Joe [Bonamassa], that’s what challenged me to want to go more in that direction as a writer and a singer, because I was tired of being in the direction that I had been in for so many years. I felt like I was right on the verge of doing one of the worst things and that is stay safe, stay in the box, and start writing the same thing over and over again, which would be terrible to do. But when I worked with Joe, it reset that and it gave me a great challenge to see if I could write and sing more in the direction of the record that we had made together, Don’t Explain. So that’s how Bang Bang Boom Boom came up, and I think because the lyrics were more on the side of joy. There’s some pain in ‘Bang Bang,’ but it comes from so much more of an optimistic place, a spiritual place.”

The poignant “Everything Must Change” is an account of healing and self-realization, inspired by a stay in a psychiatric hospital, where Hart was being treated for bipolar disorder. “It’s one of my favorite lyrics, ever. I had written that when I had just gotten out of the last psych ward, my last big episode. It was about coming to the awareness. You know, when you first go into the ward, you’re bouncing off the walls and it’s like, ‘Yeah, this is great here. These are my people.’ And then, once you start coming down and getting balanced, you’re going, ‘Whoa, get me the fuck out of here.’ That’s really what the song was about. But the beauty is that everything does change. In the song it’s talking about all the things that were good have to change but by the end you realize all the things that are bad will change too. Nothing stays the same. We can go with this journey. This journey is beautiful, and when it’s not beautiful, guess what? It’s gonna change.” 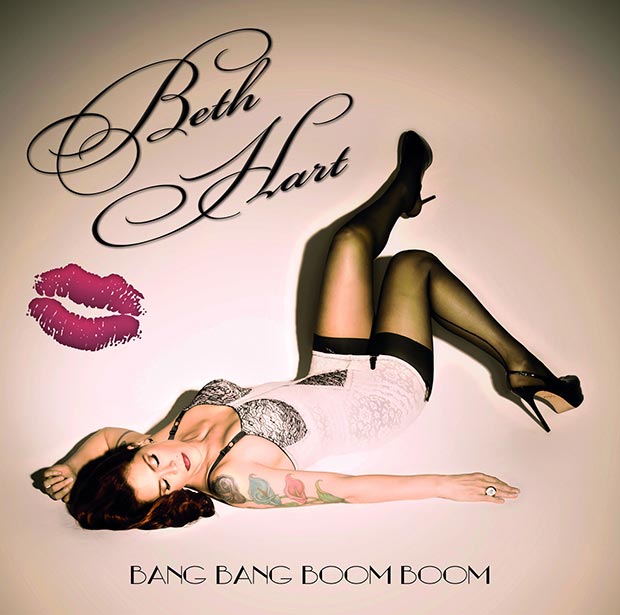 “I had episodes at a really young age,” Hart says of her bipolar condition. “But there was something about the age of thirteen and the age of 26 or 27 that it was more out of control than it had ever been. Those were my two worst-lasting episodes. They didn’t come and go. They just kind of hung around for like a year, both times. I couldn’t work. I don’t really have a recollection of that time which is kind of a gift, I think.”

Hart had already been sober nearly six years from addiction when she experienced a devastating manic episode that eventually had a positive effect, both personally and professionally.

“That’s really what changed my life,” she recalls of hitting rock bottom. “That’s when I started taking medication. I had a real fear of coming back to the States. Even though I was touring in Europe and I had been sober for quite a few years, I felt terrified of coming here. I thought if I came here I’d be starving myself again and taking drugs, and drinking every night, and all that kind of stuff. I know that sounds weird, because even though I had shown myself I wasn’t doing that in Europe, there was something about here. Maybe because that’s where a lot of the trauma had happened. So I stayed away. But once I was on the bipolar meds and I actually started taking them for a couple years, I was able to work through that.”

“For a lot of us–we don’t want to take our meds,” Hart says about her ongoing recovery. “We are in total denial that we have it and we don’t want to take it. It’s not just the medication. It first starts with some kind of gift from God to where you get a belief system that shifts, and you say, ‘Okay. I have this disease. There’s no doubt about it. This is something that’s offered to me that will definitely help me. And then, I get the chance to do all the talk therapy and learn how to be healthy.’ But I have to take the medicine and do all the work. But once you choose love and light and a faith of healing, it’s amazing how powerful that belief is.”

Hart attributes her talent and musical tastes to early exposure to a variety of music, particularly the great blues singers. “Maybe it’s just listening to the music that my mom turned me on to, music that I discovered on my own. Actually, a lot of my friends are singers and we all kind of have a tasted for all types of different music. But there is something special about Baptist gospel-style music. Certainly, my biggest hero is Etta James. Otis Redding, Howlin’ Wolf, singers like that.”

Hart and guitar great Joe Bonamassa collaborated again for Seesaw, the follow-up to their 2011 Don’t Explain album. Again, as on the previous effort, the duo pay moving tribute to artists from various eras. Seesaw features a cover of “Strange Fruit,” a song which was most famously performed by Billie Holiday.

“I remember I was a really young girl, I think was around eight or nine, maybe a little younger. My mom played a lot of Billie Holliday and she would sing Billie Holliday in the bubble bath after work, and I’d get a chance to hang out with her. But really, I’d just hang out and listen to her sing. And my mother knew every lyric to every song ever (laughs). My mother’s 77 now. She was born in the ‘30s, so she came up through some early genres of great jazz and blues music. She knew all those words to all those fabulous songs and she knew the stories behind them. That song…first of all, musically it’s absolutely gorgeous. It reminds me of something Beethoven would do. And the changes. So dark, so rich, so filled with longing, despair, reminiscing on some kind of nightmare. But yet there was a longing for hope in it that hadn’t been totally crushed. Maybe it would be different by simply speaking up about it through a song. And then I heard Nina Simone’s version of the song. And I was floored. I couldn’t even believe it. That’s a very special song. I think it’s the best song on the record. I love that song.”

The working chemistry between Hart and Bonamassa is undeniable. Both artists’ styles complement each other in extraordinary ways. “He is so radical, man. The thing to me is that he thinks of himself as this nerd. He has no idea of how sexy and radical he is. He’s so brilliant of mind, so intelligent, and he uses both sides of his brain, which I find you don’t see a lot in artistry. Obviously, they say, the left-brain is the most creative part, but you can see examples of people that are solely right-brained users for creativity. He definitely does both. He works his ass off. He’s been a huge influence on my career. He’s really helped me so much, which I love him for. But I also love him simply because he’s fantastic.”

Beth Hart and Joe Bonamassa’s Seesaw came out on May 20th, 2013, via J&R Adventures: 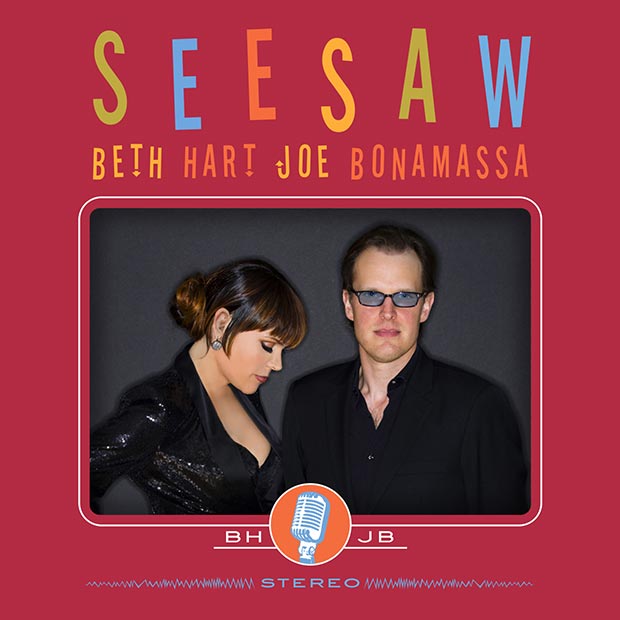 Hart recalls the 2012 Kennedy Center Honors, where a multitude of stars, including the President and Mrs. Obama, watched in awe as she sang “I’d Rather be Blind.” With humorous self-deprecation, Hart talks about watching the President and First Lady rock out to her searing performance with Jeff Beck.

“I sat with my mother and watched it at Christmas, and when I saw those things, you know how my brain works, I thought, ‘Oh, that’s what they do for everybody. They know they have to do that, because they’re being filmed, and they want to come across as being cool and being supportive of the artist.’ That’s how my brain works. But when I saw the look in Buddy’s eyes, my brain, for a moment said: ‘He’s really into it,’ or it said, ‘He’s tired and his eyes are watering.’ (laughs hysterically). My brain won’t give me a fucking break and let me take in something really wonderful. But, honest to God, what was a great feeling I had from that experience was being there with Scott, my husband, getting to see and meet heroes—total heroes of mine—and getting to share a room and sing onstage with them and look at them out in the audience as well. It was absolutely a highlight of my life.”

Even though manic energy and chaos were commonplace, Hart was still able to make good music. These days she embraces a new-found creativity and love for life.

“In my past, I believed that in order to write I had to be pretty much demolished, emotionally. I had to have either done something, said something, that I felt so ashamed about, or my chemicals were just so off that I was in a state of real depression. Being on my medication and doing the work I’ve done these last five or six years, I’m sure, also had something to do with me not needing to be in a total place of disarray in order to write. But I don’t believe that anymore. It was so wonderful to not have to be taken out in order to be creative and getting to that sincerity place of truth, which is always the goal when I’m being creative. I don’t have such self-hatred and shame. I feel grateful and I feel proud of myself. I feel fortunate.” 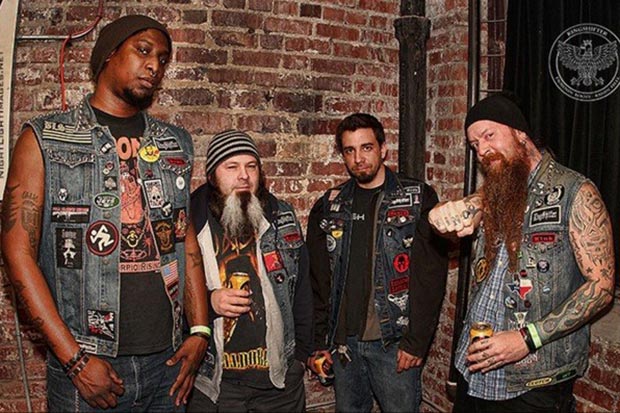 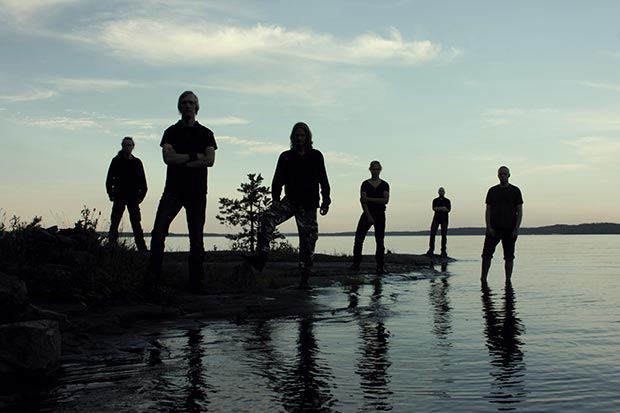