Sevendust has been one of my favorite bands for many years now and so it was with great pleasure that I was able to sit down and chat with guitarist Clint Lowery about the band’s newest release, Black Out The Sun. This is their ninth studio release and first after a nearly two year hiatus and let me tell you, it was worth the wait. Here’s how the conversation went.

Hey Clint how are you doing today?
Clint: I am doing well Bruce, thanks. We are in Maine tonight getting ready for a show.

Oh wow, I didn’t know you were on the road already. You guys have been off the touring circuit for a little while now, do you find it tough getting your tour legs back?
Clint: Yeah, we played a few show in the last year or so, but they were pretty sparse and we are just getting used to being back out here again on the bus with a bunch of guys and the whole lifestyle change, it kind of takes a moment to get back into it.

You guys took almost a two year break from recording and touring how do you think that affected the writing and recording of this album?
Clint: It definitely affected it in a positive way because you can kind of appreciate things more when you take a moment and step back from them. We missed each other because we are all really good friends in this band, but I think it really had a positive effect on our writing and recording.

Check out the “Decay” song teaser

Now that Black Out the Sun has been completed are you satisfied with the outcome?
Clint: Yeah we are very happy with it, especially with the amount of time we spent writing it; we had just a month to write all the material for it. So I think we came out with a really strong, honest Sevendust record.

You really wrote the whole record in a month?
Clint: Yeah we did it in a month. We didn’t have any expectations, but when we got on a roll the songs just came out. We knew we didn’t have a lot of time to do it and that is just how it happened.

Do you guys write with the live setting in mind or do you write the song just for the songs sake?
Clint: A little bit of both. We always think about it, we all like heavy music and that stuff seems to do really well live.

Do you have any favorite tracks on the disc?
Clint: I have a couple that I really like, “Got a Feeling” is a really moody sort of depressing song that I like. I also like “Faithless” which a typical high energy Sevendust song.

What is your writing process like?
Clint: We usually start of with an idea or something that John and I have and then we will bring it to the rest of the guys to start refining it until we have it all worked out. 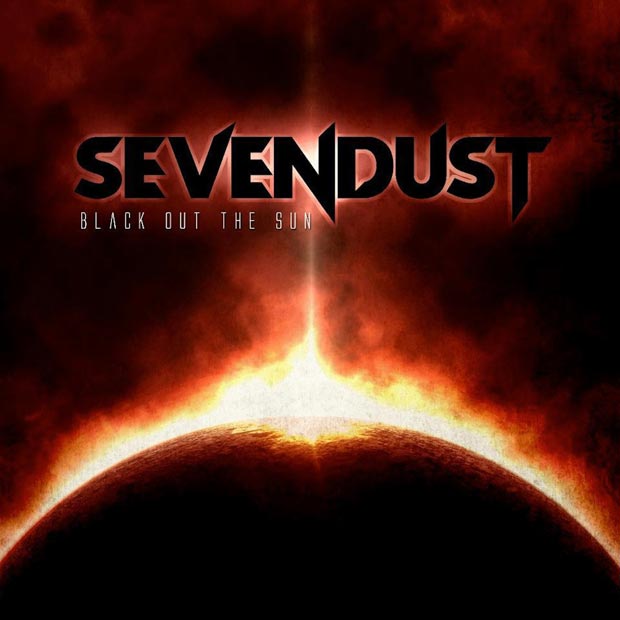 You guys produced this one yourself right?
Clint: Yeah, yeah we produced this but that is not really new for us because even though there have been other producers credited with it, most of the time it has been us. We have worked with some amazing guys in the past, but ultimately it is always hard for any producer to understand the writing dynamic in our band because it is always a little different.

So going back to the writing then, you wrote and produced your own record in a month’s time? How difficult was that?
Clint: Well it always takes two weeks for someone to really get to understand us and our writing. We know our formula and we had a game plan when we went in to the studio. I produce bands and Morgan produces bands, we are all producers in our own right, which is what we do when we are not doing this stuff.

Black Out The Sun is your ninth record. Did you ever imagine you would still be doing this so many years later?
Clint: We did not man. For us to be still doing this so far in the game is completely unexpected. At the same time we have worked really hard at this, we have sacrificed a lot of time with our families and loved ones, we have given up a lot for this band so we are surprised on one hand, but on the other we are not because we have put in the work.

Check out the ‘Black Out The Sun’ album teaser

I have seen you guys numerous times and the one thing I noticed is that you have a loyal, almost rabid fan base. That must be pretty cool.
Clint: We have tons of respect for all the people that support this band. There are fans that have been with us since the beginning and they are our life’s blood. I can do without the music industry and I can do without all the other bullshit that goes along with it, but the connection between the band and our fans is beautiful and we have a lot of respect for people like you as well who put us in touch with our fans.

Thanks man, I appreciate that. In the past you guys have done a lot of stuff with the U.S.O. and the military. Are you still involved with that?
Clint: We have a soft spot for them, we have a lot of friends in the military, police, and fire departments that are constantly protecting us so anytime we get to do something for them we will always do it.

I know you are on the road now, but what kind of other plans do you have?
Clint: We will be out for a long time, we are just now starting but we plan on being out for a year or so on and off.

Any closing words Clint?
Clint: I just want to say again that our fan base is our life’s blood and we appreciate all of the support!