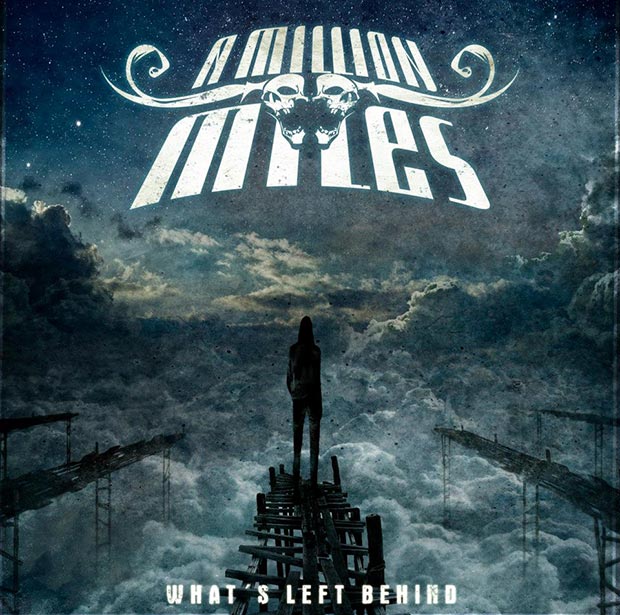 A Million Miles – “What’s Left Behind”

Having toured with the likes of Biohazard and Godsized, as well as headlining Finland’s “Female-fronted rock metal tour”, German bruisers A Million Miles are certainly getting themselves heard in some good places but then again, if you’d heard their debut EP, Left, it should come as no surprise that ears are pricking up.

Melding together a blend of traditional heavy metal with a dose of stoner rock, the band, fronted by Mona Miluski, a woman with a Phil Anselmo set of lungs on her, are a band that scream LOUD. Forgoing anything that could be remotely classed as “scene”, the debut album is full of tracks like “Broken” and “A Million Miles”, songs that are packed with wailing heavy metal guitars and monsterously loud riffs. Throaty yet tuneful, Miluski fronts the band with confidence and stamps her mark on the album with the sort of performance that could only come from someone who has the makings of great metal vocalist. Like their frontwoman, the rest of the band are no slouches either whether it be on stoner-inspired blasts of metal like the thundering “When Skies Fall Down” or the more restrained “Letter To You”, they put in a performance guaranteed to get your head moving.

In a world where image contributes massively to the success of a band, it’s great to see bands like Godsized, Clutch, Down and their like bucking the trend to produce good, solid hard rock and metal. A Million Miles are another group you can add to that list because, if you like your metal loud and sweaty and delivered with balls of steel, What’s Left Behind ticks all those boxes.

Check out the ‘What’s Left Behind’ album trailer