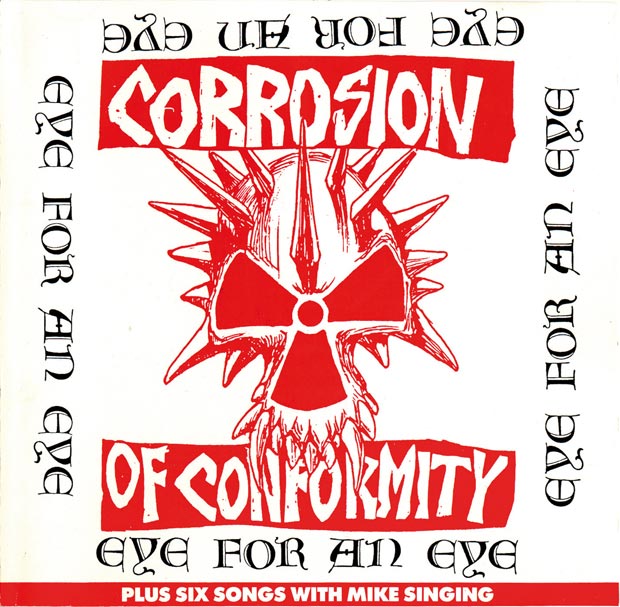 Corrosion Of Conformity – “Eye For An Eye” (Reissue) [Album Review]

Corrosion Of Conformity are pretty much considered by almost anybody into metal a “classic” band. Most metal heads (and even many non-metalheads) can name a few COC albums and/or songs that they enjoy. Though the band has been around since the 80s, most people are familiar with them solely for their output with Pepper Keenan. As a result much of their earlier material is unknown to the masses.

This reissue of the band’s debut Eye For An Eye was interesting for me as I personally had never heard the original. Although I was aware that the band’s early sound was more hardcore/punk-influenced, I was not aware that the sound was almost totally punk/hardcore. As a result I was a bit shocked upon my initial listen of Eye for An Eye.

However, once the shock wore off a bit and I had a few more listens, I enjoyed the album. Despite the fact that it is more than a little rough around the edges, overall the songs are energetic and most are actually quite good. I mean sure it’s sloppy as hell, but that’s also part of it’s charm. The addition of the EP Six Songs With Mike Singing is also really cool as it is the first place where you can hear Mike Dean debut as a singer.

Check out the song: “Psychic Vampire”