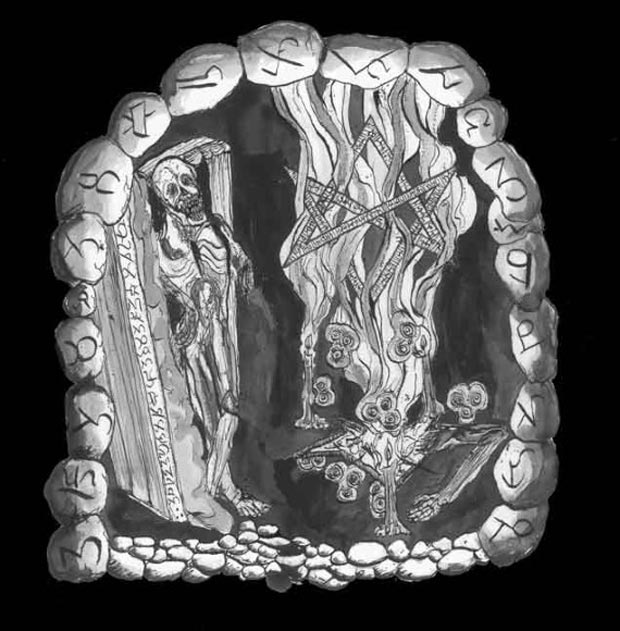 Formed in 2008 by Rolando Rodas, Dire Omen is a blackened death metal band from Edmonton, Canada. The band recorded a demo in 2010 and then quickly followed up with a promo in 2011. After a couple of line-up changes, the group is now solidified with members, drummer Kevin Trueblood and Connor Thompson.

The band recently released their EP Severing Soul From Flesh on Serpents Head Reprisal. The album, available on Cassette, CD and free digital download, is a 16 minute beast of blackened death metal. The song “Deserving of Ash”, available here for a free download, is a mere taste of what awaits you on Severing Soul from Flesh. The remainder of the album can be heard on on band’s Bandcamp page – link above!