Metal heads young and old are gonna want to check out Spiral Empire, the debut disc from Canadian metalers, West Of Hell. These guys skillfully combine huge amounts of old-school metal influences with a more modern day approach and the result is totally off the chain. I’m an old-school metal head through and through and this disc really reminded me of the early, glory days of the thrash metal scene. Spiral Empire is a punishing, lethal dose of molten metal complete with monster guitar riffs and commanding vocals delivered at an extremely furious pace. Don’t miss this one!

Check out the song: “Spiral Empire” 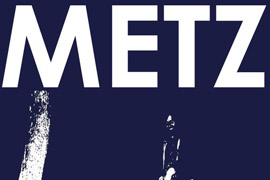