On May 22nd the Canadian Goth/shock rockers The New Jacobin Club will be releasing their newest EP, Left Behind, digitally as a ‘pay what you want’ and as an exclusive CD with record-style packaging. The four new tracks are reworkings of some of the band’s classic songs from the mid-90’s and were the result of a studio session back in 2011 for their 15th anniversary project.

The New Jacobin Club is well known for their elaborate live shows which include Victorian era costumes, fire eaters and snake charmers. However, if you peel away the costumes and the over-the-top stage show, what you have left is a collection of well-crafted, fun and enjoyable punk/metal tunes that I would best describe as classic metal meets the Misfits. The standout track to me on this disc is “Demon Princess 2011” because its hauntingly good synth line and “dirty” metal vocals got under my skin and burrowed into my brain; I kept hearing it in my head long after the player had stopped.

Many bands fade into oblivion after they release their debut record, never to be heard from again; not the case with The New Jacobin Club. They’ve just gotten better over the last 15 years, perfecting their unique sound. Even if you’re not familiar with the band, the songs are not overly technical to the point of distraction so I feel anyone could pick up this EP and find four, fun songs that are energizing and engaging.

Check out the song: “My Smile” 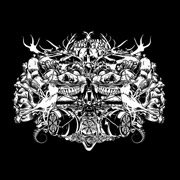 To The Wolves – “Communication Killers”