Recently, Napalm Death’s long-time singer Barney Greenway stated that when he joined the band in 1989, he was expecting to get some good years out of the whole experience, but nothing more. Twenty three years have passed since he joined (30 since the band’s creation) and here we are: these heavyweight champions of British Grindcore/Death Metal are still together – Barney included – and producing music as vital and vibrant as three decades ago. Their newest full length, Utilitarian, only confirms that time keeps bringing interesting new flavors to the sound of this hard working band that refuses to just rest under the shadow of its past achievements.

The first surprise here is the opener “Circumspect”, an instrumental rich in eerie textures that flows into “Errors in the Signals”, a full-on frontal attack of blast beats, furious riffing and frenetic low/high pitch growls mixed with a hardcore/punkish attitude that quickly sets the tone for the album’s menacing sound and heavy socio-political discourse. A new mind-bending moment comes right next on “Everyday Pox” with the spot-on inclusion of wild saxophone lines that help to enhance the general madness of the track. “The Wolf I Freed” introduces Fear Factory-like clean vocals and ambiences while the catchy “Tink Tank Trial” obliterates with its rapid fire fury. And those with more eclectic tastes will root for the rich variety of riffs, time signatures and vocals in “Orders of Magnitude”, “Analysis Paralysis” and “A Gag Reflex”.

Produced by the veteran Russ Russell (Meathook Seed, Dimmu Borgir), Utilitarian’s 16 tracks have a very distinctive mosh pit-inducing quality that will please long-time fans and newcomers alike. Napalm Death has created an urgent and powerful album that will surely resonate within the metal underground during 2012 and beyond…

Check out the song: “Analysis Paralysis” 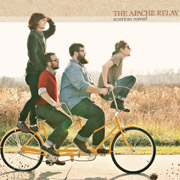