2012 marks an important year for Felix Cartal, as the first single off DIFFERENT FACES, his new album has demonstrated, his sound has matured into simply put: memorable music. This single, titled “Don’t Turn On The Lights”, featuring a vocal from Ultra Music topliner Polina, has already garnered support from MTV, BPM (Sirius XM) and Muchmusic, who have all added the video and song into heavy rotation.

Not wanting to slow down, Cartal maintains an aggressive release schedule leading up to the drop date of DIFFERENT FACES, his second album for Steve Aoki’s Dim Mak Records in late March 2012. The second single “DOMO” taps into aggressive sounds and Japanese pop culture, whereas the third single “Black To White” featuring Miss Palmer falls back onto the pop influences of the first single. Branded with cute girls, b&w photography and red balloons, the concept for the album is strong, consistent and memorable.

You can stream the full album here:

Growing up in Vancouver, Felix’s initial mark on the dance scene was with his debut EP in 2009 Skeleton. Steve Aoki and MSTRKRFT were some of the earliest supporters of Cartal’s sound, and he released his debut LP Popular Music on Aoki’s Dim Mak Records. The record featured several big tunes such as “Love” which was featured on the I Love Techno 2010 compilation, “World Class Driver,” which startled the internet with the video’s shocking take on seniors amongst the drug scene, and “Volcano” which featured vocals from an unlikely collab of Johnny Whitney from post-hardcore stars The Blood Brothers.

In 2011, Felix progressed his sound with a surprise hit “The Jocker” which found its way into the sets of anyone from Benny Benassi to Diplo to Laidback Luke. Transcending across all scenes of dance music, this tune was remixed by the likes of John Dahlback and Clouds (TURBO), and helped push Felix into both the American and European festival circuit, securing slots at Electric Daisy Carnival, Tomorrowland and the mainstage of Electric Zoo.

After that full year of relentless touring, Cartal returns to what he loves to do, which is create full albums, and DIFFERENT FACES does not disappoint. A balance of instrumental and vocal tracks keeps the record interesting and energetic. Enlisting the vocals of Sebastien Grainger of DFA1979 and Maja Ivarsson of The Sounds, Cartal continues his trend of collaborating with unpredictable vocalists in the dance scene. The product sounds effortless though, a mix of different ideas, made for different ears on different faces. 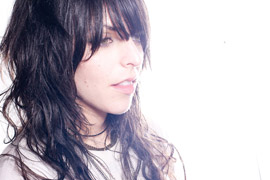 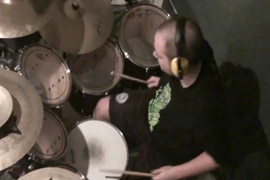