Check out the song: “The Walking Dead”

If you’re on the East Coast this spring and happen to see a small school bus that’s painted black and stripped of its stop sign, don’t be afraid. It’s not driven by a pervert trolling the neighborhood with bad intentions – that’s just End of an Era, one of the best bands you’ve never heard, arriving at its next gig in its makeshift tour bus.

“We needed a rolling home away from home. We try to crash where we can, but for the most part we spend the night cold or sweating in the bus,” drummer Spags says of the menacing vehicle. “The bus can seat 16 children, which equates to like three grown men, and we generally have five or six people [crammed inside].”

Dover Township, N.J.’s End of an Era has been traveling by bus on weekends to play shows in support of its self-titled album that it independently released in February. The 11-track set isn’t the first by the quintet of Spags, singer Jeff Wallace, bassist Justin Mazyk and guitarists Chris Matsinger and Jeff Brogan. In the past five years the band has delivered such recordings as 2005 debut Mission Statement and 2007’s The War Against. The group has hosted not one but three End of an Era release parties along the coastline, and you can’t blame them. Not long ago, the act was living up to its name in an unhappy manner: Despite such achievements as local notoriety and sharing the stage with acts like My Chemical Romance, Muse and Lincoln Park, it went on hiatus in November 2009 due to internal conflicts.

“We had not stopped doing anything [band-wise] for five years,” Spags explains, “and five years is a long time for any relationship, let alone four relationships. We’ve always said that being in a band is like having four other girlfriends, and it got to the point where everything came to a head and we had to take a breather for a couple months. Then everything worked positively and now we’re back doing better than we ever were.” 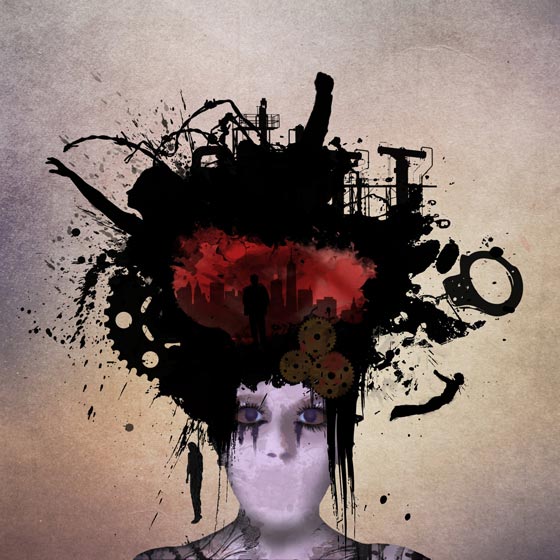 The brief step back was worth the tremendous leap forward End of an Era’s music has taken. Its amalgamation of new-wave synths, industrial density, infectious drum beats, rock fortitude and incredible melodies is a music journalist’s dream: a band that demonstrates strong promise out of the gate and keeps evolving and improving with subsequent projects. It’s especially remarkable when you consider that from day one, End of an Era has maintained a strong sense of its sonic identity – that identity being a hodgepodge of disparate influences that range from the Beatles to the Dead Kennedys.

“We never really decided on a sound,” Wallace says. “We literally just got in a room and started playing, and it all came together… it was never a concerted effort to be any one thing.” He admits that while the band did worry that its eclectic sound might not fit any one demographic, “what ended up happening was people from every genre – core kids, scene kids – they all tended to gravitate toward it as a common ground.”

The group’s ability to blend everything from Flock of Seagulls riffs to Nine Inch Nails rhythms with unabashed pop hooks was apparent on Mission Statement, but the formula comes together more seamlessly on End of an Era since the band has learned to refine its production methods. Brogan also chalks it up to the members becoming more comfortable among themselves. “When we first got together jamming, it was really just ideas from one person in particular in the band,” he says. “Today, it’s totally different because every song has an element from each person.”

Wallace also points out how the approach to vocals has changed. “Since the Mission Statement era, it started as like an industrial talking vocal, and now we try to incorporate real singing. I don’t even try to be a rock vocalist. I try to be a vocalist, whatever the material calls for.”

Check out the song: “The Walking Dead”

Doing what’s best to serve the material instead of trying to pigeonhole elements into a certain category led to the band rerecording previous material for End of an Era. “Like you anything you do, when you go back and review it, you say, ‘I wish I did that, I wish I did that,’ ” Spags explains. “The songs we ended up rerecording we thought were obviously good enough to use in the future, so when we went back into do all the other new songs for the new album, we said we might as well give it a shot and see what happens. In my opinion we made a much better song out of it.”

While the band names such new songs as “The Walking Dead” and “No Tomorrow” as best representing where its music currently stands, revamped track “Wait for You” is a stunning album highlight. Amazingly, the fivesome transformed a heartbreak anthem about waiting for a love that won’t return from superb to utterly sublime (see Reviews).

“That song was one of the factors that got us playing together again,” Wallace says of when the song came together in 15 minutes’ time. “We said if we can put something that like together after not playing for a couple months, we still got it.”

Indeed they do. And we hope that as End of an Era brings “it” to the States, one little black bus stop at a time, the public and media at large will soon take notice. 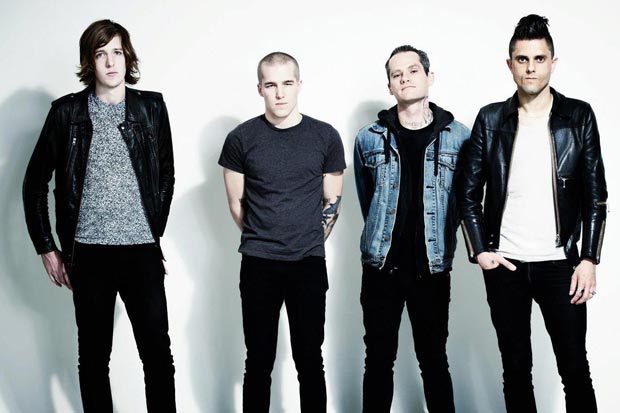 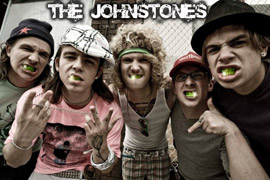 Interview with The Johnstones guitarist and vocalist Jarek Hardy