Recently I had the opportunity to sit down with Dave Brockie, AKA Oderus Urungas, from the shock rock band Gwar to discuss the bands newest release, Bloody Pit Of Horror. On the night I met with Dave Gwar was playing the final show of their yearlong 25th anniversary tour and then they were planning on getting some much needed rest before heading out on the European Summer Festival circuit. I have spoken with Dave a few times before and he is always fun and interesting to speak with. Here is how the conversation went with one of metals most notoriously outrageous front men.

Now that you have you have had a little bit of time to sit on your latest CD, Bloody Pit Of Horror. How do you feel about it and are you still satisfied with the outcome?
Dave: Oh, I think it is the best record we have ever done and I love it. It has the most outstandingly sick sound to it all the way through. It is fucking delightful. The songwriting is really sick and twisted and I am really stoked about it. I think it is amazing that we did Lust In Space, which was highly regarded and in less than a year we dropped another record which is ridiculous. But as far as we are concerned it is really normal. When we write a new record we want to spit it out and record it as soon as possible so it doesn’t get stale. I think now that our fans have had a bit of time to listen to Bloody Pit Of Horrors they realize that it is not just a filler record I think it will have a very special place in the Gwar discography in the future.

Being that it is your second disc in a year or so were these songs all written and just recorded or were you writing songs for the new record while on the road?
Dave: No we did not have all the songs written. We got real lucky because Cory was writing a lot of stuff by himself because we were getting ready to work on a little side project. I suggested to him that we should make this part of a new Gwar record. This saved us a few months and was one of the reasons we were able to get it out so fast so it was fortuitous in many ways.

Do you have any favourite tracks off of the disc?
Dave: “Tick-Tits” is my favourite I always have one song per album that I try and outsick whatever I wrote on the last album and this is the one. In the tradition of songs like “Baby Raper” “Tick-Tits” will go done in Gwar history.

Did you ever imagine you would be releasing records 25 or 26 years later?
Dave: No not at all. I thought I would be filthy stinking rich by now that is for sure.

I know you have the Download Festival coming up, which is pretty big, but what else do have planned for the year?
Dave: We are dedicating most of our year to cultural events like the Crack-a-Thon and the Gwar-beque. We are trying to get the Gwar-becue to take another step forward into becoming yet another completely awesome music festival. It is going to continue on thru the end of time. We tried to leave some time for some video related projects but there are a whole bunch of things pouring in and piling up on top of it. The Download Festival is turning into a whole bunch of other stuff; the situation is fluid. I just expect another completely packed flood of activity, a frenzy.

The Download Festival is pretty huge. Have you guys done the European Festivals like this before?
Dave: Well we have been on a roll over there for the past five years. We have played Wacken, we played Brutal Assault and all of the big festivals. We did Bloodstock last year and have been sort of nailing it on festival circuit in Europe so this year we are going to be doing Download and a bunch more as well. There are so many festivals over there. They can afford to do things like flying 20 bands from America over there to play.

The crowds are monstrous right?
Dave: Well it depends you get everything from like 3 or 4 thousand to like 10 or 12 thousand. Then some of the biggest ones are like a half a million people over the course of days. We have been to a few of those as well with like 4 or 5 different stages all going at once for like 24 hours.

Do you find it difficult playing to huge crowds such as the ones we just talked about and then playing to much smaller crowds in the clubs?
Dave: We can grow to grow to occupy any stage. If anything the opposite is true because we are constantly being forced to cut back our stage show because of space. I don’t think it has ever happened that there has been too much stage or that the stage was too big. But all a big stage means for Gwar is that we can get a running start. I don’t think we have a problem with it. It is a totally different vibe but I love them both. When playing the big shows and the audience is so far away it is a little different because you don’t have the connection that you have at club shows but it is cool either way.

Your stage show is quite elaborate have you ever had any mishaps in the stage or during a performance?
Dave: No, knock on wood not on stage anyway.

Do you find the rigors of touring taking more of a toll on you as you get older?
Dave: No, not at all I actually feel stronger all the time. I get to revel in this amazing lifestyle. Even when we are touring I am really only called on to work for about two hours or so. The rest of the time I get to work on my art and the media stuff and perpetuate the chaos of Gwar. I feel very strongly that this will last after we pass and I think it will keep going.

You stay pretty busy with Gwar, The Red Eye Television Show and your new book Warghoul.
Dave: Yeah I get to do all kinds of marvelously self-indulgent things like write a WWII horror novel just because it was something that I wanted to read about and I don’t think anyone has ever done it. It is kind of like a Slaughter House Five meets H.G Lovecraft thing. Ten years later it is getting published and people are buying it and digging it. I have a bunch of other writing projects going on as well.

In a hundred years from now what will the music history books say about Gwar?
Dave: They will probably say that we were the most outrageous show band ever, but our music sucked. They will say something completely inaccurate like we were just a bunch of lawyers from New York City and this was a marketing project. Hopefully they won’t have to though because Gwar will be around to tell them exactly what they are and we will still be the filthiest, shock rock band ever. 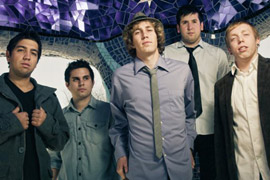 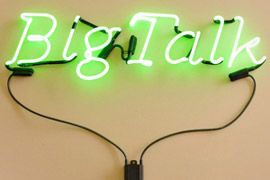