Tommy Giles Rogers has been very busy. He just released his solo album Pulse and his other band, Between The Buried And Me, also just released an EP titled The Parallax: Hypersleep Dialogues. To make such diverse music Tommy needs a dependable keyboard that is simple, yet can produce different sounds. Read on to find out why the Korg M50 is Tommy’s choice piece of gear for both Between The Buried and Me and his solo project.

What one piece of equipment do you use to obtain your signature sound?
Tommy: Woo my voice. [laughs] I use one keyboard live. I use the Korg M50, 61 key and I’ve been using Korg for years, but I’ve had this one for two years now.

What about it makes it so important to you?
Tommy: I like keeping things very minimal on stage and I think the more you have, the more can go wrong. The keyboard definitely keeps it simple. Got a touch screen, I can program pretty much anything I want in it and it makes me think less about pushing buttons and more about playing a performance. 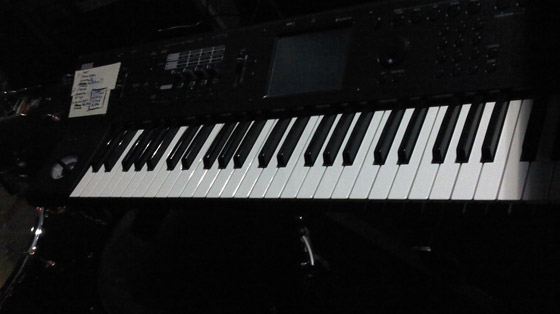 There’s Dan Briggs guys (takes a picture of our interview)! What are the major pros and cons?
Tommy: Pros would be how simple it is to use and the wide range of sound it has. It’s got so many options that it helps when working with Between The Buried And Me because we have so many different sounds and different moods in the songs and finding patches takes a while but there’s a lot to choose from and a lot to tweak so it gives me a lot of endless options which is important. Cons, I wish it was weighted and the keys were weighted. Sometimes it’s hard to play live when I’m all sweaty, but yeah I definitely enjoy it.

How long have you used this piece of equipment and would you ever change it?
Tommy: 2 to 3 years. If somehow it could read my mind and change patches on its own that would be awesome.

Any final thoughts or comments on the gear?
Tommy: I think Korg has a lot of rad stuff. They’re very diverse which is cool. They have the more electronic keyboards which I personally enjoy, but don’t work a whole lot with Between The Buried And Me. They have electric grands and electric pianos, plus they have a lot of effects and multi-sounds things like I have so it’s a cool company for sure. 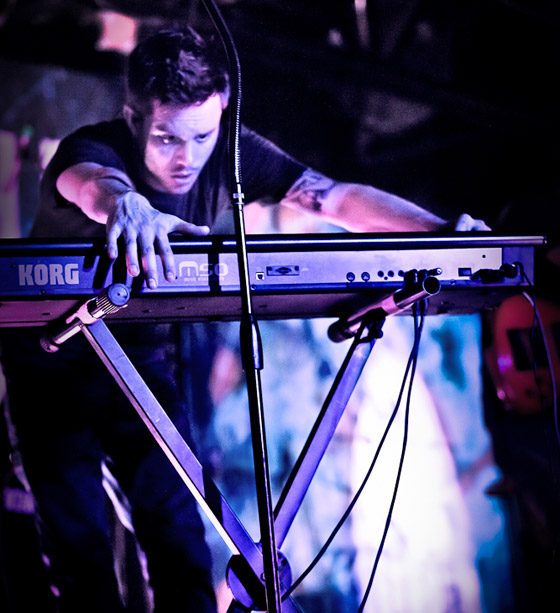 Check out the song “Specular Reflection”. 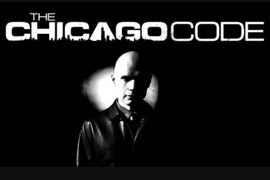