Roger Miret and the Disasters are gearing up to release their latest album January 25 on People Like You Records. Over the past weeks, Roger has premiered new tracks off of the album and he will be continuing this today by partnering up with MetalSucks to premiere the track “Outcast Youth” Check it out at THIS LOCATION.

Roger spoke about the track “Outcast Youth”: “This is about Agnostic Front in the 80’s. We were in this shit together. We traveled to these cities to represent NYC punk and hardcore. It wasn’t pretty clubs and guarantees. It was fucked up squats and fights every night. No mater how bad it was, we loved it and helped create a scene which still lives strong today.”

In support of their new album “Gotta Get Up Now” Roger Miret and the Disasters have added new dates to their already announced West Coast tour with The Devil’s Brigade (featuring Matt Freeman of Rancid). The full itinerary is as follows.

‘Gotta Get Up Now’ will be released on January 25, 2011. After that Roger Miret and the Disasters are ready to hit the road and once again prove that there is still a place in the world for true, honest Street Punk, Rock ‘n Roll. 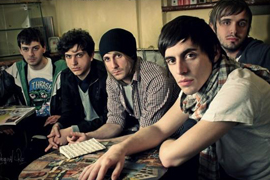 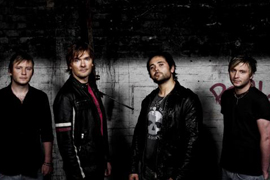