Songs Of Ill Hope and Desperation, the upcoming release from Clinging to the Trees of a Forest Fire is sheer brutality and musical destruction. Vocalist, Ethan McCarthy spoke with me about their new disc. This record is an all out ravenous assault on the senses from start to finish; it does not let up and listeners will find themselves spent at the conclusion. Songs Of Ill Hope and Desperation is probably one of the heaviest CDs I have listened ever to. It is a brutal in every sense of the word and fans of extreme music will eat this one up.

The name of the band, Clinging to the Trees of a Forest Fire, is interesting to say the least and sounds as if there is a story behind it. Where did the name come from and what is the story?
Ethan: The name comes from the feeling of holding onto something completely and utterly fucked. Something ruined.

Now that your brand new CD, Songs Of Ill Hope and Desperation is complete how do you feel about it? Are you satisfied with the outcome?
Ethan: We are very satisfied with the outcome. It is the most honest record we have made in terms of letting ourselves go in most any direction we wanted to creatively. There are genres of music that we did not allow ourselves to experiment with during the writing of the previous two releases. It is the most dissonant record we have ever written, as well as the heaviest.

Give us some insight into the record and the meaning behind its title?
Ethan: 2008, 2009, and the beginning of 2010 were very difficult for us as a group and as individuals. The song lyrics and album title reflect this. We literally finished writing the last song for the album something like a week before we went in to record. So it is a timeline of what everyone was and has been dealing with.

When playing together and ultimately recording this CD, did you find that you could express yourself creatively enough?
Ethan: Most definitely. This is the most creative we have ever been as a group thus far. Very little restrictions, and if there were any it was because 3/4 of us didn’t like what the other 1/4 was throwing down on the table.

Even though the songs on this disc are packed to the gills with huge guitars, intricate rhythms, and complex arrangements, there are still strong songs at the core of it all. When you write do you start building from a simpler frame and then just stack up all of the individual parts and nuances?
Ethan: Everyone in the band writes whole songs or parts of songs. So either one of us will come with a complete song written and then some arrangement may be added depending on the situation, or everyone will throw in individual riffs and we will put them together.

What is your view on the current state of the Extreme Metal scene? How do you identify with the rest of the underground scene?
Ethan: I think that there are a lot of great bands out in the D.I.Y. underground. I also think that there is a saturation of fucking garbage that makes a mockery of what metal and extreme music is supposed to be. We identify with the underground extreme music scene because we have been touring the circuit like crazy for the past five years, and have had the pleasure to play with some of the best grindcore, punk, doom and death metal bands the world has to offer (not to mention other forms of music not necessarily claiming to be heavy). We have also played a whole slew of shows where every band had the same breakdowns, dance moves and “stage lingo.”

All of that passion that you play with must be tough on you physically. How do you prepare for the physical demands of a tour?
Ethan: We try to eat as well as possible, and try to sleep as much as we can while we are not driving. Sometimes there is no real way to prepare for it. I have had tours where I was sick for three weeks and tours when I felt great most of the time. We have gotten pretty good at keeping it together over the last few years so I think a lot of it is an experience thing. The more you go, the better you learn to deal with the conditions of the road, and you learn how much substance abuse you can actually handle, while still having to get up at 5 a.m. to drive. You also learn the ways of the cities you are traveling too after you have been there a few times.

What is the toughest lesson you ever learned in the studio and on the stage?
Ethan: To believe in what you are saying and what you are doing. Regardless of how shitty your peers treat you. Second guessing breeds crappy, dishonest music and shows.

How much roadwork do you expect to be doing this 2010?
Ethan: We have a west coast tour starting June 6th and we are in the process of planning an east coast tour in late October/ early November. It also depends on what opportunities are presented to us and how much time we can get off from our day jobs. We try to get out as often as we can for as long as we can.

Any closing words?
Ethan: Songs Of Ill Hope and Desperation is out June 8th! Come see us on the road! 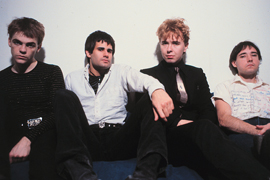 THE DIODES Documentary to Premiere at NXNE Film Festival 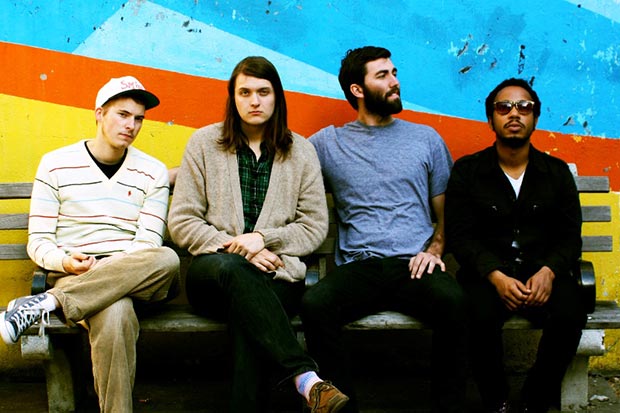