Robert Fortune of the Robert Fortune band took some time out of his busy schedule to speak with me about the band’s upcoming, (as of press time, untitled) CD release. The band has recently shared the stage with Saving Abel and they plan on heading out on the road for the duration of 2010 in support of the disc. Here is what Robert had to say.

Hello Robert how are you?
Robert: I am doing great thanks.

Where are you at?
Robert: I am in New Orleans right now.

You are getting ready to play a few shows correct?
Robert: Yeah. We have a few shows here in the local market and then we head up to Illinois and Wisconsin for a few shows so that should be fun.

Have you already played the shows with Saving Abel or is that coming up?
Robert: We did those about a month ago and they went great. They are great guys.

What was the audience response like to your music?
Robert: They loved it and things went really well.

Now that your new, as yet untitled CD, is complete. How do you feel about it and are you satisfied with the outcome?
Robert: Oh yeah. I have been writing this album for about five years now and we have about eighty songs that we had to pick from. We are really happy with them and I think it is going to be really awesome.

How quick are you in the studio? Can you usually knock things out in a couple of takes or does it take a bit longer?
Robert: Well when it comes to guitars, I think I am pretty fast. It is the vocals that take me a while. Overall, the process goes fairly quickly I believe.

Do you find yourself settling on suitable tones fairly quickly or do you end up tweaking tones obsessively?
Robert: I am kind a huge gear head/tech freak I guess you could call it. So I will bring in all of my amplifiers and plug them all in. It will usually take us a good day just to find guitar tones. There are some monstrous tones on the upcoming album.

Can you give us a preview into what we can expect from the disc?
Robert: It is like a really Rock and Roll mix with an alternative vibe; really young, Raspy, Screaming that sot of vibe. I would say a mix of White Stripes meets Stone Temple Pilots.

Are there any tracks on the disc that are personal favorites or that have good stories behind them?
Robert: My favorite track is probably “Cadillac.” It is a really rocking song that I wrote in about five minutes but it came out great.

Many of your peers admire you. Are there any contemporary musicians that you admire?
Robert: Right now I listen to so many bands. I listen to a lot of White Stripes and Soundgarden. I have also been listening to this band from the United Kingdom called Stereophonics. They are really great songwriters and I am digging them right now. I have also been listening to a band called The Band Of Skulls as well.

Do you have a release date yet for the new album?
Robert: Not a set one yet. There has been some talk about maybe the middle of October or the beginning of November. I am not really sure yet. It is kind of weird because even though the record is complete we just recently wrote some badass songs and hopefully we can get those included on the disc as well. I never stop writing songs.

All that passion that you play with must be tough on you physically. How is it that you prepare for the physical demands of a tour?
Robert: Well I have been working out every day trying to build up my endurance.

Any closing words?
Robert: Follow us on Myspace and Twitter and look for the new record.  [ END ] 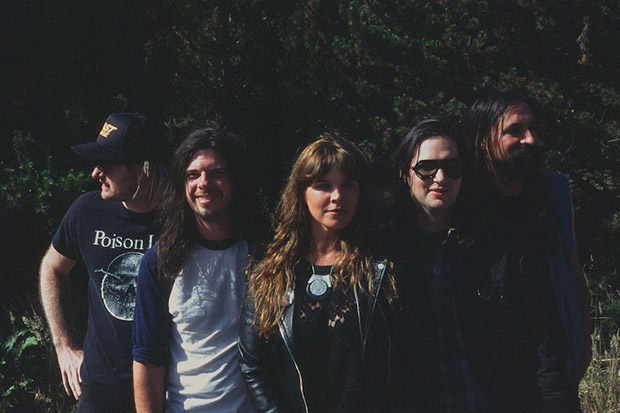 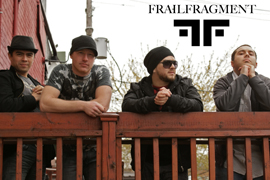