Call To Preserve guitarist Harbor Partin spoke with me recently about the band’s latest disc, Life Of Defiance. After a once through on this record I can confidently say that I feel Call To Preserve has hit full stride with this release as track after scorching track pummels the listener with a barrage of killer Hardcore. Call To Preserve can grind out the punk with the best of them. This is an intense, fast and furious, tour de force of a disc that fans of the punk music genre will absolutely dig. Here is what Partin had to say.

Now that your brand new CD, Life Of Defiance is complete how do you feel about it? Are you satisfied with the outcome?
Harbor: I am pretty happy with the way it came out. I think we wrote some of the best music we’ve ever written for this record and I’m proud of it as a record overall, where as in the past there were always those few songs I just didn’t like or was even embarrassed by. As far as the recording goes I think it exceeded my expectations. We had a very limited budget and very limited time but the recording really captured the sound that we were going for.

What was the writing process like for this CD? Did you guys all write together? How long did it take?
Harbor: Except for a couple songs that were written earlier, the majority of the record was written last fall/winter when we had taken a break from touring. A lot of the other members we’re busy with school and work, but I had a lot of time on my hands so I started writing a good bulk of the music and then near the end of the year we started getting together and going through the songs, just tweaking them and restructuring them. By the end of the year we had eight songs, seven of which ended up on the record. After the New Year we kept writing together until we had a collection of songs we felt would make a good record. As for lyrics, they were usually written separately from the music, and then we would go back and see what lyrics fit what song and makes adjustments. Lyrics always seem to take us longer and we were still working on them until we got in the studio.

Give us some insight into the record, Life Of Defiance and the meaning behind its title?
Harbor: I think for this record most of our influences came from kind of 2 different schools of music: late 80’s NYHC like Cro-Mags, Judge and Agnostic Front, and bands from the Boston scene ten years ago like American Nightmare and the Hope Conspiracy. So the music is somewhere between there I guess. For the title we wanted it to reflect being frustrated or fed up about the world around us. There is definitely a rebellious or defiant streak in the lyrics throughout, so I think it embodies what the album is about pretty well.

The band keeps things interesting thematically. Can you talk about some of the subjects you tackle on this record?
Harbor: The lyrics on this album are a lot angrier than our previous stuff. Maybe even cynical at times. A lot of it is dealing with the way people treat each other and how we’re so inclined to take from people what isn’t ours. One of my favorite songs is called “Functionary” and it talks a lot about someone who only sees relationships with people as a way to gratify themselves. It’s something that everyone has felt by someone else and probably felt themselves doing at times.

The art work is quite amazing. How is it tied to the albums title?
Harbor: We’ve always kind of let Davey do what he wants for our albums and he pretty much always nails it. We’ll give him a general idea for the style we’re going for, but we usually let him do his thing. For this album we just sent him the lyrics and I guess that is what he was inspired to draw. I think the artwork reflects the album pretty well. It’s pretty dark but at the same time has a hint of hope to it.

How much road work do you have planned in support of Life Of Defiance?
Harbor: We just got done with a short tour with Take it Back! and Kills and Thrills. This weekend we’re doing some CD release shows and then going out with Renae, Nothing to Nothing and Dead Icons for a few weeks. Then we play Cornerstone; do another short tour in July, and we are currently working on a full US tour soon after that. We’ll be out pretty consistently this summer and into the fall. We’re also planning to get back to Europe by the end of the year.

What have been the best countries to play so far?
Harbor: When we toured Europe we always did really well in France for some reason. Pretty much all of Europe was awesome but for some reason we did the best there. I also really liked Portugal and most of Germany. Also every time we’ve gone to Mexico it’s been amazing, although always a little sketchy. We had to cancel our Mexico show on this tour and I was really bummed because the kids there get so stoked and they’re just super genuine.

Are you looking to tour with any particular bands?
Harbor: Our thing is to play with bands that we really enjoy, whether they’re a more established band or they’re just friends of ours. We’ve been really blessed to tour with some awesome bands the last couple years and I think we’re going to continue to keep that same mentality when choosing tours. I would love to do another tour with Advent and if Debtor started touring I would love to do a tour with them. Bigger bands we’d like to tour with I guess would be Sick of it All and Cro-Mags. I think those would kind of complete our ambitions as a band. We could pretty much break up after a tour like that!

In a hundred years from now what will the music history books say about your band?
Harbor: I would hope that it would say we were a hard working band that played with heart and conviction. We probably won’t be seen as a band that broke any ground or did anything crazy new, but as long as people enjoyed the music and got something out of it then I’m ok with that.

Any closing words?
Harbor: Thank you to everyone who has supported us over the years. It has meant more than you’ll ever know. Check out the new album and come say hi to us on tour.  [ END ] 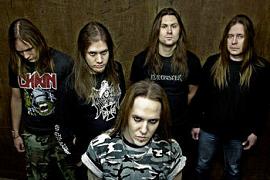 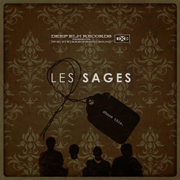