Guitarist Ben Savage of the Deathcore band Whitechapel was kind enough to speak with me about the band’s upcoming release, A New Era Of Corruption which hit stores on June 8th. I feel that this latest offering from the band is a tighter, more mature release that really showcases the group at the top of their game. Fans of extreme metal will absolutely dig this disc. It is a fast, heavy, full on balls to the wall collection of killer tunes. Here is what Savage had to say.

It’s early on in the tour but how is it going so far?
Ben: It’s going great! This Job For A Cowboy run really feels like everyone in the crowd is into it. The past couple tours we’ve done it seemed like we had to win over the audience, or they just didn’t care and were waiting for the headliner.

Your brand new CD, A New Era Of Corruption is set for release on June 8th. Now that it is complete how do you feel about it? Are you satisfied with the outcome?
Ben: Highly satisfied. It’s a beautiful thing whenever you work so hard on completing a record that will sort of define your career up to this point and being confident with the outcome. We made sure that we patched up all the mistakes of our previous records while keeping our signature sound and maturing.

What was the writing process like for this CD.? Did you guys all write together? How long did it take?
Ben: We were on tour for most of the writing process, so Me, Zach, and Alex all wrote alone with superior drummer and Logic 9 and brought our ideas to the table through the mp3s we recorded. We all would discuss the songs and add little changes here and there until a year and a half later, we had a complete record.

Give us some insight into the record and the meaning behind its title?
Ben: The title came from a lyric in the song “possession” from our previous record. The line says, “Man will inspire the works of a new era of corruption” We just thought it was such a powerful line for an album title. So Viola! There you have it. It could mean many different things, so its more for the listener into interpret, which I believe has a better impact.

The art work is quite amazing. How is it tied to the albums title?
Ben: Thanks! The artist who did that is Brent Elliot White. The album art concept came from one of the interpretations we had from the title “A New Era Of Corruption.” That interpretation being in a fictional future where humans are being turned against their will into machines in order to continue existence. So Brent took that concept along with the song titles and made the cover image.

What can fans expect when they pick up a copy of A New Era Of Corruption?
Ben: A band who has taken all the knowledge they gathered over three years worth of touring the world with amazing bands and putting out their best record they could make.

You guys tour a lot. How do you maintain that level of energy and exuberance day after day and tour after tour?
Ben: We try to keep the live setting in mind while we write our music so it comes naturally for us when we perform. Plus at the end of the day, our live set is all we have, so we don’t want to half-ass anything.

When you are on the road for a while I am sure you see and experience many different things you might not even have known existed. Are there any stories that stand out in your mind as being exceptionally strange or odd?
Ben: We were touring Europe last November and we were in the mainland about to get on a boat to cross the English Channel into England. Before we crossed we stopped the bus at a gas station before port and the driver opened the bus’ trailer to find a family of gypsies hiding in our trailer trying to sneak into England with their children and babies even! They scattered into the parking lot while the male gypsies were taunting us saying they have guns and whatnot. That was one of the strangest occurrences.

When you are out on the road anything can happen and often does. Can you think of any disastrous events that happened while out on tour? How did you solve the problem?
Ben: Usually when someone loses their bag on the road through the airlines or other means. In that case you just have to eat shit and buy new clothes/toiletries/etc at a Wal-Mart. I don’t want to mention any other disastrous events because I don’t wanna be jinxed.

In a hundred years from now what will the music history books say about your band?
Ben: Hopefully that no one could take our sound and improve upon it, and that we were the best at what we did.

Any closing words?
Ben: I would love for everyone reading this to listen to our new record “A New Era of Corruption” out June 8th with your unbiased ears and if you dig it, come out to a show and rage! That is all. 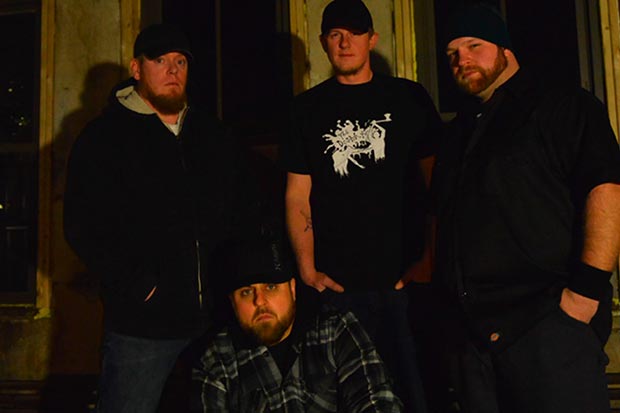 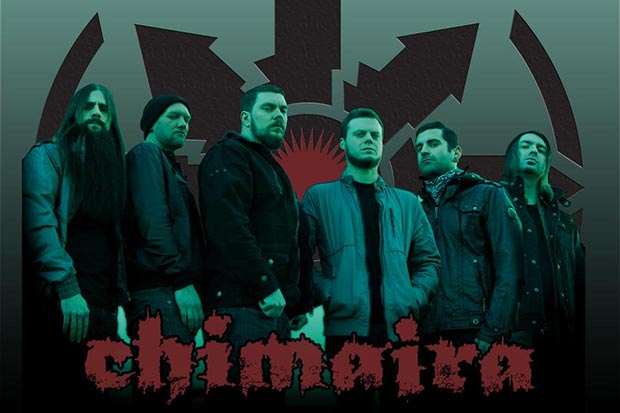