Hailing from San Antonio, Sisters Nina and Phanie Diaz, along with best friend Jenn Alva, make up Girl in a Coma. GIAC was formed when Nina Diaz, at age 12, borrowed her older sister’s guitar, impressing both Phanie and Jenn with strong vocals and incredibly deep and expressive songs. The three of them formed GIAC, named in homage to a Smiths’ song “Girlfriend in a Coma.” After playing for none other than Joan Jett herself, GIAC was signed on the spot by Blackheart Records.

Although compared to The Smiths, the Yeah Yeah Yeahs, and the Pixies, Girl in a Coma has a uniquely impressive sound. Their sophomore album, Trio B.C., was named after the Diazes’ grandfather’s 1950s Tejano band. This album has a unique amalgamation of eclectic influences: oldies, rockabilly, 90s alternative, and contemporary bands both indie and mainstream. And in a nod to their San Antonio, Texas background, the Girls place their cutting-edge rock sound in a familiar context, while their passion for making music is felt throughout the new album.

Trio B.C. includes tracks produced by Grammy-award winning producer Greg Collins (U2 and Gwen Stefani) and Gabriel Gonzalez (formerly of Sparta and one of the producers of the band’s debut Both Before I’m Gone). Nina’s seductive vocals hail from song 1, “BB”, with a grinding tempo and haunting vibrato. This song is addictive – I listened to it at least 15 times in a row. The rest of the album’s cuts explore different styles and tempos with tracks ranging from the eerie and poetic love song “El Monte” to the fast and hard rocking “Static Mind.”

The guitar riffs on “Joannie in the City” are mesmerizing, strumming fiercely along with both Nina Diaz and guest vocalist Joan Jett. “The song is about females in the music business,” Girl in a Coma’s writer/singer Nina Diaz explains about her song, “having that tough attitude and doing what you want. Joan was the door opener for us all.”

Interview with As You Drown guitarist Simon Exner 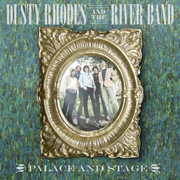