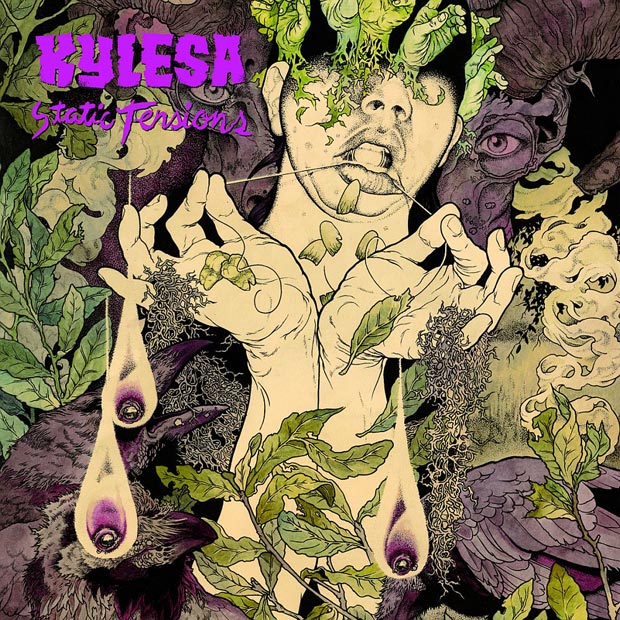 A few listens into Kylesa’s Static Tensions, I started feeling really, really dirty. The record is sludgy – dirty, grimy, and sludgy like the underbelly of a low-grade plant that manufactures, well… sludge.

The band combines its gritty sludge metal with some old-school riffing and even some ’90s-era garage rock for the filthy-but-followable melodies adopted for this record. Some standout tracks are “Unknown Awareness,” which is surprisingly melodic despite the layers of oversaturated guitars that make up the song’s skeleton. “Running Red” employs some Sabbath-like riffing and pinch harmonic to established a pulsating groove, while the end of the track features some interplay between a surprisingly crisp bass and locked-in guitars that wouldn’t be out of place on a Tool record.”Nature’s Predators” is another highlight, featuring a really cool twisting guitar riff that long-haired headbangers should embrace.

Kylesa boasts two drummers, which I wouldn’t have known without some reading beforehand. This is kind of a shame, as even though a track like “Only One” showcases a cool, almost tribal rhythmic intro, I don’t think the band took advantage of the percussive potential afforded to them – and this is the type of music that would really benefit by some extra meat in the low-end rhythm section.

Overall, Static Tensions gives Kylesa the chance to put on somewhat of a clinic in terms of the riffage found throughout these 10 tracks. A little more variation would’ve have hurt, but overall, this is a good heavy sludge record. Come to think of it, I think I need a shower.  [ END ]