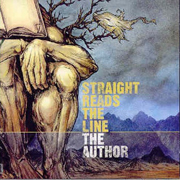 When I was living in St. Catharines, ON, Straight Reads The Line (from nearby Stoney Creek) was a band often found on show billboards I’d be inclined to check out, but always managed to elude me for some reason or another. In any case, while I’m familiar with the band and the brand of music they play, my experience with them are limited to a few tracks on an old Verona Records sampler. The band has since been adopted by Distort, Canada’s heavy music stronghold that rarely picks a dud with roster additions, so this alone made me that much more inclined to peak under the cloak that’s kept SRTL hidden for so long.

After taking in the entire record a few times, I found myself getting relatively excited about a metalcore release for the first time in… well, awhile, to say the least. The band manages to take some standard components of this type of music and make them into something as ferocious as it is fast. What initially peaked my interest was the way the band managed to incorporate darker, more metal-tinges licks in the vein of August Burns Read along with the constant energy of bands like Underminded or even Every Time I Die (the shouted “pass me a bottle right now” in “Last Call” is a real smile-inducer). “Pilgore” benefits largely from the intensity of frontman Blake Prince, who does a great job of keeping his screams piercing, rather than plain, throughout the album as a whole.

“The Jig Is Up” finds the band incorporating some sung passages into the package, often a stake through the heart of an otherwise competent metalcore release. Luckily, the band keeps things tasteful and don’t loose the groove, allowing Prince to pick up right where he left off when the riffage kicks in. The machine-gun precision of the interplay between guitars and drums is vital to keeping these songs intense and interesting; the band doesn’t disappoint. Some dissonant and drudgy bits are incorporated more prominently later in the record, with a track like “Mortimer” carrying fragments that wouldn’t be out of place on a Chariot record. Still, the band manages to keep the intensity going forward in a linear motion rather than ever letting things get familiar.

I’ve gone back to listen to this one quite a few times since first picking it up, and it’s just as enjoyable now as it was then. I really like how the band manages to keep things upbeat and full of energy, and if the clean vocals sound as good live as they do on record, I think the band is capable of a really exciting live show (which I hope to catch… someday). All this time I’ve been waiting for a good metalcore band to get me back into the swing of breakdowns and blastbeats, and all along, one was just a few minutes east on the QEW.  [ END ]