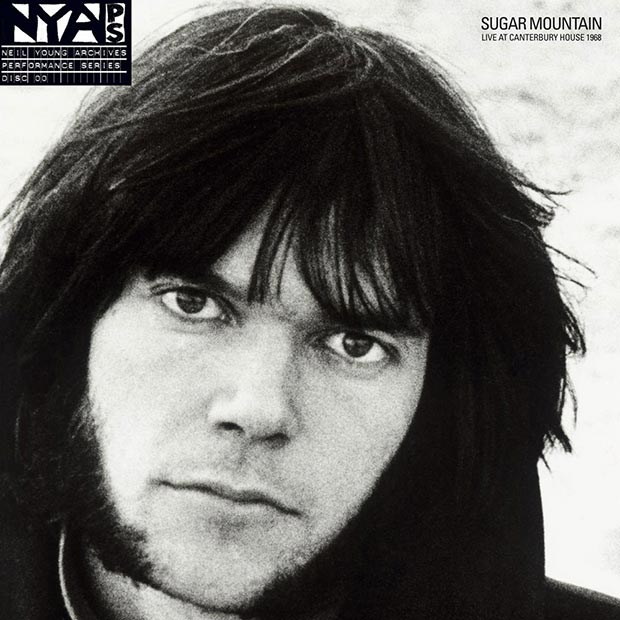 Sugar Mountain: Live at Canterbury House 1968 captures a full acoustic set from a considerably timid Neil Young, shortly after leaving Buffalo Springfield to take on a solo career. While Young always carried an air of wisdom and experience within his songwriting, even from such a young age, there are moments here where his innocence is able to peek out through the familiar creaks in his singing voice.

The set documented in this release is made up of equal parts Buffalo Springfield and early solo material from Young, who’s onstage banter is also included, seemingly unedited. This gives listeners an even deeper perspective into the persona of this young performer who, though he’d already met considerable success in music, still presumably had something to prove with his new-found solo career.

When Young slows down the Buffalo Springfield numbers, the fragility of his voice becomes extremely apparent, and in most cases, adds to the respective tracks with a dose of apparent honesty. The delicate handling of his early solo compositions also offer a pleasant listen, giving his audience the chance to peer into the makings of a soon-to-be musical icon.

While the recording isn’t pristine, it fits the overall aura of the release quite well, and while Young arguably isn’t at his best, even for live releases, the fact that fans get a glimpse at this early – and special – stage in his career is in itself a real pleasure.