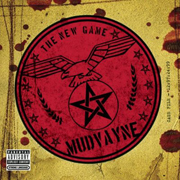 It has been 13 wonderful years since Mudvayne first formed, and ever since they’ve been a force to be reckoned with. With every release they carve a new face into modern metal; from the band’s first EP, Kill, I Oughta right over to their latest effort, The New Game, Mudvayne keeps ripping it up!

Don’t quote me on this, but I believe the album’s title was decided after Chad Grey (vocals) and Greg Tribbett (guitar) returned from a tour with Hellyeah, stating that these guys were ready to unveil some new tricks they had up their sleeves.

The tittle track “A New Game” is very much like traditional Mudvayne; a sickening guitar riff, underlined with distinct bass and drum patterns, all wrapped up in Chad’s ear-crunching vocals – a perfect equation. The vocals are exactly what you would expect, pain and suffering, and Chad wants to take it out on somebody. I found myself head banging and grooving right along the entire time. The track even has a breakdown, which is very unlike Mudvayne – it was welcome thoguh.

If any of you ever picked up By The People, For The People you would know that one of the best tracks on that album was a demo version of “Dull Boy”. Well good news! The mastered version of that insane track is right here on this disc, and it’s even more brutal than the demo. The most memorable part of the song is the bass riff played throughout. Much like original Mudvayne, the bass stands out the most, besides Chad’s vocals that is. If you’re a bass player, you’d “dig” this track.

This all being said, this is definitely one of the band’s most ground-breaking albums since their formation. The title of the album is no exaggeration, in fact if anything, it’s an understatement.  [ END ]