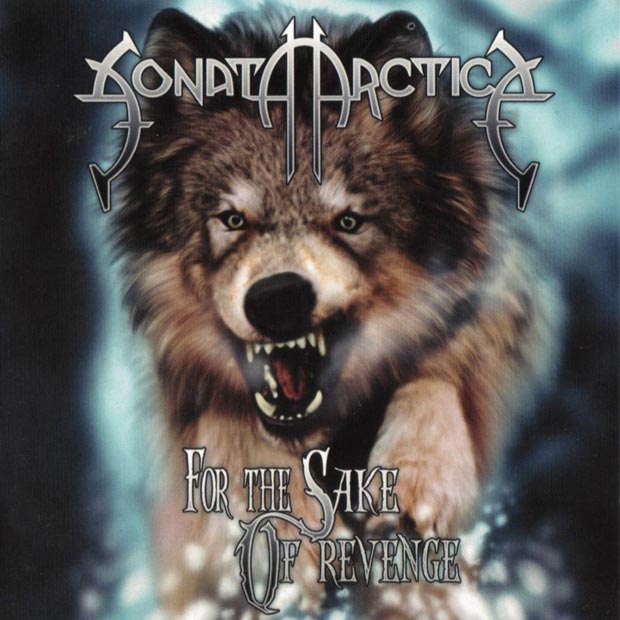 Finland’s Sonata Arctica have been around now since 1996, and while the band has managed to break pretty big overseas, for some reason, big time success has really sort of eluded them in North America. Now, with the release of their live CD/DVD, For The Sake Of Revenge, hopefully the band will be rewarded with the North American fame that they deserve.

For The Sake Of Revenge is a live concert filmed and recorded in Tokyo, Japan, in front of an enthusiastic crowd where the fans are treated to a full range of songs from the band’s entire catalogue. The intense, sweating, power metal, rock and roll show begins as the band hits the stage with the hyper-cool “Misplaced,” ultimately setting the pace for the rest of the evening.

With excellent rockers like “Victoria’s Secret” (or as vocalist Tony Kakko calls it, “the underwear song”), “8th Commandment” (the crowd singing in “8th Commandment” is really cool, and makes me wish I was there with them!), and “My Land” to mid-tempo jams like “Blinded No More,” to the even slower moments like “Broken,” “Shamadalie,” and the beautiful “Replica,” the songs are perfectly chosen all throughout, adding a really nice dynamic to the disc. Pacing is so very important in a concert setting and is something which Sonata Arctica do with an amazing level of expertise.

The Menu portion of the live DVD looks very good and gives the spectator an instant feeling of high-quality professional work. It is also worth mentioning that the professionalism shows throughout the entire DVD. There has been no compromises made in the quality of sound and video in the live content and it gives the band’s live show some well-earned praise. The content of this disc is very similar to any other live-DVD and contains live content as well as documentary material and extras.

The concert part of the disc leaves no one cold. The documentary portion contains “traditional” fooling around in Tokyo which has been done in slightly different ways in various other places on almost every live DVD that exists. Additionally, there is also a biography which contains small information packages about each band member and introductions to the band’s earlier albums.

The CD is just as good as the DVD; the sound is so intense that it makes you feel like you’re actually at the show. During the recording, the crowd is so into the band that it is amazing that the overall sound and clarity of the band came through so well. The vocals are very punchy and the band is right on key and pace. The drummer sounds like a machine and you can tell when every single tom is whacked. The keyboard is at a perfect level and the guitar and bass are in tune with each other so well that it makes the CD sound like it’s “balls to the wall” the whole time. In conclusion, this live DVD is an excellent addition for the fans, but is also a great way to get to know the band for any first time listener.  [ END ]