It’s taken a long time to get to this point, and judging by the results, the effort to get here was oh-so worth it. Frightful Places is the alternative rock and emo project of musician Kevin Tiernan of the Connecticut-based Mighty Tortuga. Released this past Friday, January 13th, the self-titled debut is the result of the passion and heart that Tiernan has put into this album, put together slowly but surely, over the course of eight years. Written and conceived in bedrooms, cafes, and even hiking trails, Tiernan worked with producer Chris Teti (The World Is A Beautiful Place…) at Silver Bullet Studios, assembling an accessible, radio-friendly take on modern emo.

Tiernan really began to get serious about the album during the pandemic lockdown when he felt inspired to do something new and unfamiliar. Intended to be expressive, Tiernan has focused on intricate guitar work and confessional lyricism to take himself creatively to “frightful places.” For a debut, it’s quite an elaborate sound, which speaks to the years of hard work that went into crafting it.

Joining us today is Tiernan himself for a special track-by-track rundown of the album, in which he discusses the origins and context behind each song on Frightful Places.

“The oldest song that kicked off this entire project. Eight years ago, I woke up from a deep sleep and could’ve sworn I saw a ghost by my bed. The experience formed the basis of ‘Old Frame,’ which lived as ‘Cast’ for many years. I couldn’t come up with melodies for the longest time. Over the years, I messed around with writing lyrics during hikes or car rides. Eventually, the song transformed from a literal ghost story into a reflection on getting older in your hometown.

“‘Old Frame’ changed the most during the recording process. Chris Teti added much-needed contrast between the sections of the song, and Ant Mastroianni’s drumming also really helped bring things to life.”

“I’ve been in bands for most of my life, and ‘Frightful Places’ was one of my favourite tracks to create. My goal was for this track to feel like a loop, so everything dances around the same note structure, and the phrasing changes with each chorus and verse. Lyrically, the song is about navigating different highs and lows, knowing you’ll come through on the other side. It was so much fun to work on the first verse; there are a ton of layers hidden in the background; flute, sub-bass, piano, acoustic, etc. The song title came before the band name. I liked the idea of doing things that challenge and frighten you.”

“‘Still’ was inspired by Sound of Metal, an excellent movie directed by Darius Marder. In the film, the main character tries to find solace in silence without the noise from everyday life. Youthful summers and moments of peace pass by without us noticing. I’m a big fan of ‘Flowerchild’ by Citizen, so I had that in mind while writing this stripped-back song. In the studio, Teti was a massive help with the guitars. He layered the effects, especially in the last chorus, where we used Minus The Bear as a reference point.”

“I wrote this one in quarantine during the early pandemic and sent the guitar demo to some friends, but I wasn’t sure what to do with the song. The EP track list is sequenced to build up to the two heavy hitters at the end. I wanted ‘Eklund Garden’ to feel as raw as possible, so I avoided self-editing my lyrics. The actual garden is on the Paugussett Trail in Shelton, where I used to take winter hikes.”

“‘Stuck’ is almost like a sequel to ‘Eklund;’ it’s the end of the journey when you realize you’ve circled back to where you started. Once I got to the studio, I think the song naturally became more of a rocker than the original demo. I have fond memories of tracking the guitar on a Chris Shiflett Telecaster. Another Teti trick: the guitar effects on the lead in the choruses. I think that added some weight to back up the hook.” 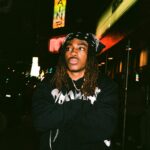 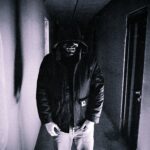